Following bassist Carlos D's departure, the New York City rockers turn to their friends for help on the road. 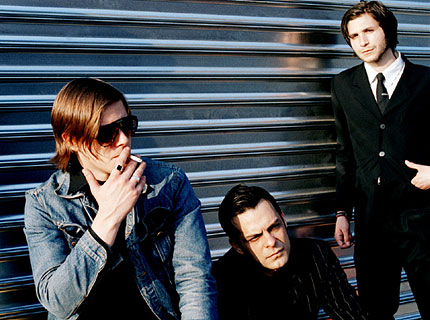 Interpol said today that the Secret Machines’ Brandon Curtis will join the band alongside new recruit Dave Pajo, an indie vet who has played with Slint, Will Oldham, Zwan, and, most recently, toured as a member of the Yeah Yeah Yeahs. Pajo, a multi-instrumentalist who focuses on guitar and has released solo effort under the Ariel M., M, and Pajo monikers, will step in for Dengler on bass. The new members will join Interpol on their summer and fall tour supporting their upcoming self-titled September release, the much-anticipated follow-up to 2007’s Our Love to Admire.

Rightfully, Interpol seems pretty psyched. We are “very excited and honored to be working with such talented individuals,” the band wrote on their website.

What do you think about Interpol’s new recruits? Tell us in the comments below!