"This separation is amicable... We will remain fans of this blazingly talented individual." 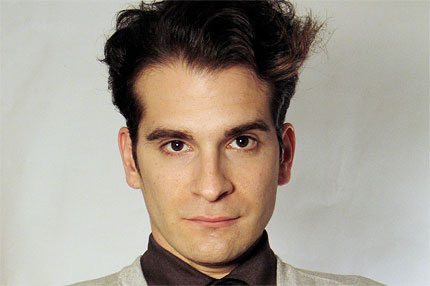 Bassist Carlos Dengler, a.k.a. Carlos D, has left Interpol, the New York City alt-rock outfit he co-founded in 1997. The departure was announced in a post to the band’s website.

“[Dengler] has decided to follow another path, and to pursue new goals,” the post read. “This separation is amicable, and we whole-heartedly wish him great happiness and success. We will remain, as always, deeply respectful fans of this blazingly talented individual.”

Dengler finished the yet-to-be-titled new Interpol album, expected this summer (download the first track “Lights” here),but will be replaced on their upcoming tour opening for U2 — Interpol’s first concerts since 2008. “We can tell you that we have some very exciting new recruits joining us on the road. We will promptly be revealing the identities of these illustrious players.”

No details yet on Dengler’s new “path,” but during Interpol’s downtime the snazzy rocker did explore another artistic discipline: film. He directed, scored, and acted in My Friends Told Me About You, a 26-minute movie which argues that fame is a mental psychosis. Read more about it here.

The former SPIN cover band’s website post also addressed their new album. “It was recorded at Electric Lady Studios, New York, and mixed with Alan Moulder at Assault and Battery, London. The four of us poured our collective heart into this music and we are very proud and excited to share it.”

“It’s a heavy record. But we’re feeling limber; and we’re going to carry it all around the world for you.”