SPIN opens up our archives to celebrate the late ska-punk rocker on the 14th anniversary of his death. 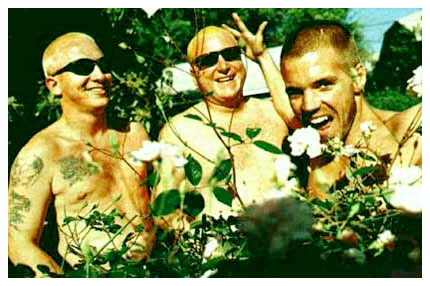 14 years ago today, on May 25, 1996, Sublime singer-guitarist Bradley Nowell was discovered dead of a heroin overdose at Ocean View Motel in San Francisco, CA, just hours before the ska-punk trio were set to perform a sold-out concert. He was 28.

Since his death, Nowell and his band Sublime have become cult heroes. Their self-titled third album, released in July 1996 just months after Nowell’s death, is now considered a classic, spawning hits like “Wrong Way,” “What I Got,” and “Santeria.” Having debuted at No. 13 on the Billboard chart, Sublime has now sold over 13 million copies worldwide.

To celebrate the life of Nowell, SPIN opened up our archives to revisit features, reviews, and more about the talented, funny, and caring frontman and his band Sublime, whose fusion of ska, punk, reggae, and hip-hop is one of the defining sounds of the ’90s.