EXCLUSIVE: New Against Me! Video

WATCH: Florida punks debut their clip for White Crosses' "I Was A Teenage Anarchist." 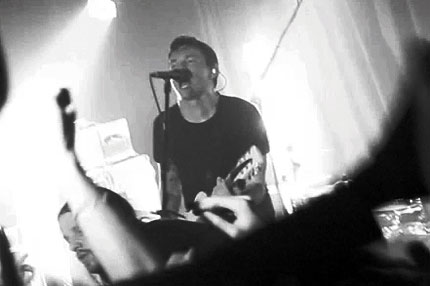 Florida punk outfit Against Me! have just released a video for their new single, “I Was A Teenage Anarchist (Fan Appreciation Version).” Watch below.

The powerful energy of Against Me!’s live performances is captured in the clip for the lead song off their June 8 release, White Crosses. Black and white shots of crowd surfing and sweaty sing-a-longs are set to the punk gem about youthful nostalgia — think “Summer of 69,” except with more Leftist politics and raucous guitars. The clip was directed by Jason Thrasher

Against Me!, who earned SPIN’s 2007 Album of the Year with New Wave, are currently on a 21-date North American trek, which wraps May 11 in San Antonio, TX. Click here for their complete itinerary.

WATCH: “I Was A Teenage Anarchist (Fan Appreciation Version)” Video

Michael Sheffield
Tags: against me!, the wire, Videos