The pop-punk princess falls down the rabbit hole and visits the Mad Hatter, played by Johnny Depp. 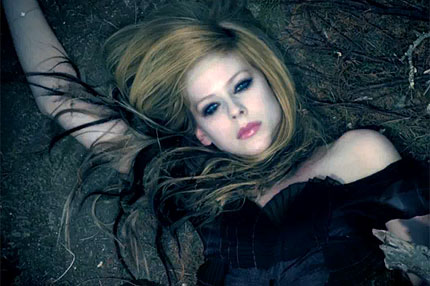 Tim Burton’s Alice in Wonderland remake doesn’t hit theaters until March 5, but Avril Lavigne got a head start down the rabbit hole Thursday with the release of her music video for “Alice (Underground),” her contribution to the film’s soundtrack. Watch below.

The video for the piano-driven anthem takes its inspiration from Disney’s classic tale, and features Lavigne in the role of Alice, swapping her Hot Topic attire for a goth corset. While the wide-mouthed Cheshire Cat watches on, Lavigne wanders through a beautifully lush fairyland, eventually coming across the Mad Hatter — played by Johnny Depp — and his tea party.

“Alice” is Lavigne’s first music video in two years, following the clip for “The Best Damn Thing” from her 2007 album of the same name.

Avril Lavigne Sends Hope With ‘We Are Warriors’