"I was still working the drugs out of my system," Slim Shady said of recording his hit 2009 album. 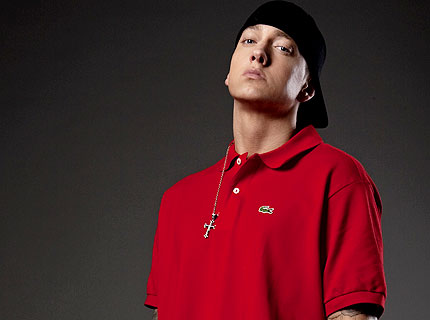 Eminem’s chart-topping 2009 release Relapse was the first album the Detroit rapper recorded sober, hitting the studio after a stint in rehab for addiction to prescription pills. But that doesn’t mean the drugs didn’t negatively influence the work — withdrawals rendered him “not sharp enough” to reach the next level of songwriting.

“I was still working the drugs out of my system, so there was a lot of… just jokey shit,” Eminem told Complex. “It was a lot of punchline-y, funny, shock value — kind of going back to The Slim Shady LP.”

“My thinking became sharper again as I went along. If you were to take a song like ‘My Mom’ or ‘Must Be the Ganja,’ those were cool — but they were the beginning stages of me coming out of the [addiction],” he added. “It wasn’t until it got into songs like ‘Stay Wide Awake’ that it felt like my mind got sharper. I became more on-point towards the end of recording the album.”

And now, with addiction and withdrawals behind him, Em is in the studio recording Relapse 2 for 2010 release — and he’s stepped up his game.

“The new material is definitely different,” he said. “Now I’m going for songs instead of one-liners. I don’t want to make shit that you hear once and then the joke’s over; I want to make records that you could play a hundred times, a thousand times.”