Iggy Pop confirms that a tour is in the works with James Williamson replacing the late Ron Asheton. 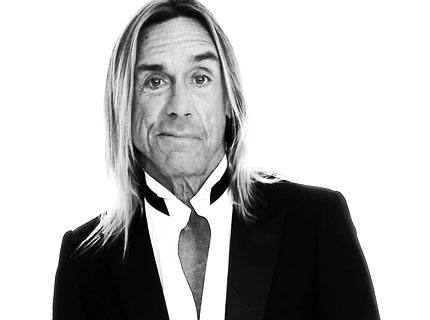 Iggy Pop has always been a survivor — even if his rag-tag, 60-year-old physique is showing its mileage.

So it comes as no surprise that his band, the Stooges, will carry on, even after the death of guitarist Ron Asheton earlier this year.

James Williamson, who joined the Stooges in the early ’70s alongside Asheton, will take over lead guitar duties as the band prepares to tour in 2010, according to a report by the BBC. “We’re all very sorry about Ron,” said Pop of the late guitarist, who died in January of an apparent heart attack. “His spirit within the group remains with the rest of us and he is still a presence within the group without being on the physical plain.”

A one-off show Stooges show is set for this Saturday, Nov. 7, in Sao Paolo, Brazil, and Pop says a full world tour is being planned for 2010. The band is entering its seventh year of continuous touring after nearly two decades of inactivity.

The past few months have presented loads of Iggy moments for those who can’t be in Brazil, or who can’t wait for the Stooges’ 2010 tour. He released a solo album, Préliminaires, in the spring, and has popped up with guest spots on studio recordings by hot young things Ida Maria and Jemina Pearl.

In other Iggy news, Pop addressed the rumors that Lord of the Rings star Elijah Wood was cast to portray the Stooges frontman in the forthcoming biopic, The Passenger. “I have no idea whether that is the case, I doubt it,” the singer told the BBC. “I haven’t had any contact with those people for a queens age, a long time.”