Order your copy of our expanded October issue with an exclusive, R-rated cover and 12 extra pages of exclusive band photos! 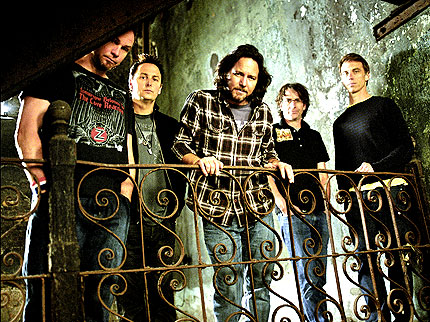 Autumn 2009 is Pearl Jam season: As the Seattle alt-rockers plow through their U.S. tour and release their ninth studio album, Backspacer, on September 20, they’ll also make an appearance on the cover of our October issue, on newsstands September 22.

SPIN’s October issue is also arriving with two additional covers: Newsstand customers get an amazing photo of the band, taken by Rankin, while subscriber copies have an illustration of Pearl Jam on the cover, commissioned exclusively from Tom Tomorrow, the artist who crafted Backspacer’s cover art! Every October issue also includes a special pull-out poster of the Tom Tomorrow illustration.

The Pearl Jam issue also includes features on Monsters of Folk, the 2 Tone ska scene, breakout band Girls, and much, much more.

Starting Monday, September 28, the special edition will be available for sale to international readers!