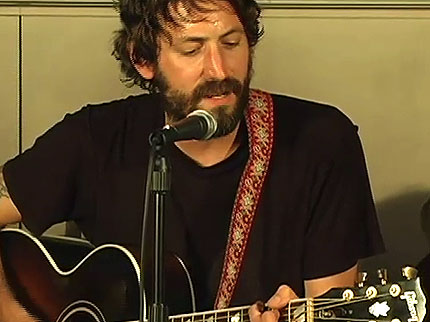 It’s not every day you meet a band that can name a member of Crazy Horse whose name doesn’t end in “Young.”It’s even rarer to find a band that actually knows that member’s solo material.In our new video below, Everest pulls off both feats.

The member in question is Danny Whitten, a guitarist who played on the seminal Everybody Knows This Is Nowhere and After the Gold Rush.He died of a heroin overdose in 1972 (it’s no secret that Neil Young composed “The Needle and the Damage Done” partly about him), but before he passed, he wrote the gorgeous “Look at All the Things.”

In retrospect, it should be no surprise that Everest knows this tune.Neil Young did hand-pick them to open his North American tour last fall, so they must share some common ground.

Everest unearthed this gem for us in an acoustic set down at Bonnaroo — watch them play their own song, “Rebels in the Roses,” here.With this sad song of parting, Everest reminds us that Crazy Horse was more than just Neil.

WATCH: Everest, “Look at All the Things”