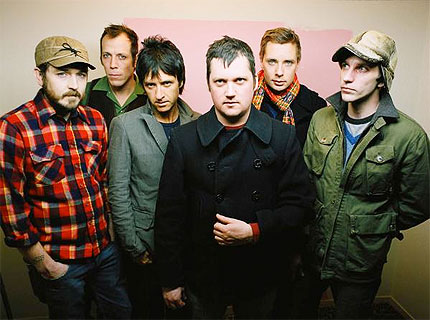 Modest Mouse’s new song, “Autumn Beds,” sounds upbeat with its catchy, sing-along chorus, foot-stomping beat, and jangly banjo. But beneath the surface frontman Isaac Brock is painting a dark picture — one of threatening legal action, a sinister DA, and the protagonist being found “guilty so many times.” We’re not sure we get it, but we like the tune.

The song is the title track for a upcoming limited-edition 7″ (which will also feature new tune “Whale Song”) due out later this month. Meanwhile, the band’s new EP No One’s First And You’re Next is expected in August.