Kanye: No Auto-Tune for Jay-Z

As producer of Jigga's Blueprint 3, West will shun the voice-altering software he embraced on 808s and Heartbreak. 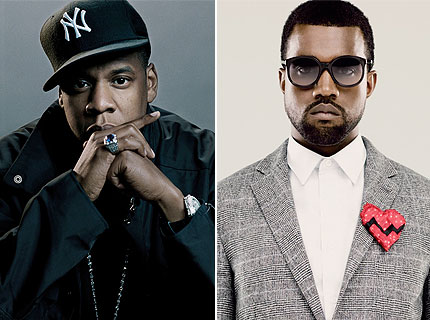 Kanye West might not be the first person you think of as the go-to-guy for an Auto-Tune-free production. But apparently West’s love for the voice-altering technology (which allowed him to “sing” on his 2008 album 808s and Heartbreak) won’t be part of his production duties for Jay-Z’s new album.

That’s right: He’s banned the software on Jay-Z’s forthcoming release, Blueprint 3 — even venturing to call it an “anti-Auto-Tune album.”

“We actually removed all the songs with Auto-Tune off of his album make the point that this is an anti-Auto-Tune album, even though I released an album that has all Auto-Tune,” West told MTV.com. “I like Auto-Tune, so I do it, but you want the other thing — like you’ll wear a suit to a wedding and gym shoes to a basketball game. I think it’s a perfect moment for Jay to provide some gym shoes to a basketball game.”

And if that sort of “Kanye-ism” leaves you hungry for more ripped-from-the-pages-of-life type musings, you’re in luck: The rapper’s self-styled philosophy book, Thank You and You’re Welcome — available now for purchase online — arrives July 7 at your favorite bookstore.