Like Carrie but with less pig's blood and more guitar solos. Watch here! 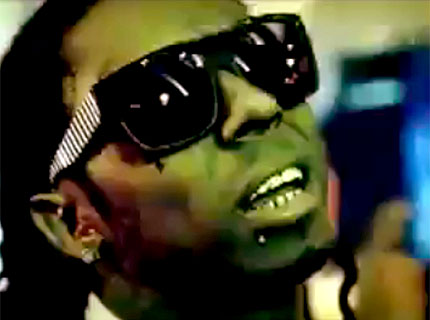 Attention, popular girls: Ignore Lil Wayne and your life will be ruined!

That’s the message behind Weezy’s new music video for “Prom Queen,” the first single off his upcoming rock album Rebirth, out May 19.

In the clip, a glasses-wearing, nerdy Wayne gets snubbed by a high school hottie who eventually becomes the — you guessed it — prom queen. But fate works its magic, as Lil Wayne sheds the specs to become a superstar while the popular girl becomes an unhappy single mother.

Check out the video below. Then find a date to the prom in the comments section.