The super-producer agrees to lend his magic touch to Winehouse's troubled new album. 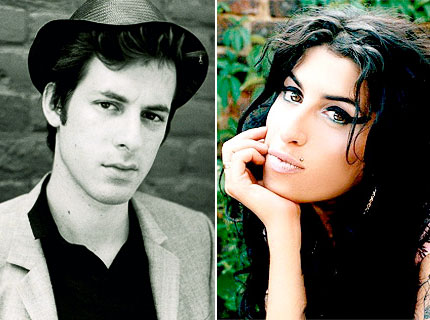 Amy Winehouse is reportedly using her “phone a friend” lifeline for her forthcoming album, following reports that her early efforts have been panned by executives at her label Island Records.

Rumor is that Island was less than impressed with Winehouse’s recent turn-to-the-reggae, and as a result the songstress is going back to basics.

Ronson, of course, played a major role in the success of Winehouse’s breakthrough album Back to Black — the one that Duran Duran’s Nick Rhodes recently called a “masterpiece.”

But it’s not all golden memories for Winehouse and Ronson: The last time the pair were slated to work together they ended up missing the opportunity to record the James Bond themefor Quantum of Solace due to Winehouse’s “personal problems.”

“Mark does not have fond memories of collaborating with Amy last year. He said he wouldn’t work with her again until she had her drug problems under control,” a source told UK tabloid The Sun, referring to Bond-gate.

But apparently Ronson believes Winehouse has made great strides on her road back to wellness. “Mark’s now happy to give Amy the help she requires,” the source added. “They gelled while recording Back To Black and he’s hopeful some of that magic could return.”