Brown's past comes back to haunt him in the aftermath of his alleged altercation with girlfriend Rihanna. 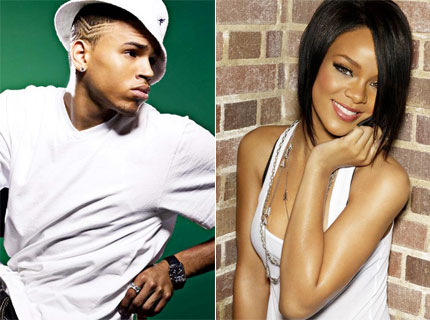 It’s a sad, but well-documented truth that those who grow up surrounded by domestic violence will sometimes replicate the same destructive pattern later in life.

Many are saying that this is the case with 19-year-old singer Chris Brown, who was arrested this past weekend for alleged domestic violence and felony battery against his girlfriend, 20-year-old Barbados-born singer Rihanna. The incident led to the cancellation of both their Grammy performances Sunday.

Brown was raised surrounded by domestic violence; his stepfather allegedly abused his mother. Ironically, in 2006, Brown told MTV the abuse was “an influence in me about how to treat a woman.” He also stated, “I used to always feel the hate for anybody that disrespected a lady.”

Brown pulled over the car in L.A.’s Hancock Park neighborhood and an upset Rihanna is said to have tossed the keys out the window. A source “close to the investigation” who spoke with E! News said Brown responded by choking and threatening to kill the pop diva before she lost consciousness.

A neighbor, hearing a woman’s screams, made a call to 911 and the police arrived to find an injured Rihanna left alone at the scene. They took photos to document the singer’s injuries, which are described as “horrific” — major contusions on both sides of the singer’s face, a black eye, a split lip, bloody nose and bite marks on one of her arms and on several fingers [via TMZ.com].

She was then taken to Cedars-Sinai Medical Center for treatment and Brown later turned himself in to the LAPD and was charged with making a criminal threat. He was released on $50,000 bail.

Since the incident, sources have come forward alleging that this may not have been the first time Brown abused Rihanna. A source identified as a friend of Rihanna’s described the pair’s relationship as “volatile” to US Weekly and added that bruises were clearly visible on the singer’s neck in early December. “I asked if everything was OK with her and Chris,” the friend is quoted as saying. “She told me, ‘We broke up again.'”

Life and Style magazine has reported that Brown’s temper has manifested itself in violent ways in the past — claiming that a fight between the singer and his mom that took place in a Miami hotel in 2007 saw Brown “screaming and throwing dishes,” which prompted concerned hotel guests to call the police.

Brown’s sister has spoken to Extra in his defense, describing him as “a good boy — never violent,” and adding that “He’s doing good. He’s coping.” Rihanna’s grandmother, meanwhile, told Barbados’ leading newspaper, The Daily Nation, “I don’t want people to worry. Rihanna is fine and she is doing well.”

And while the two at the center of the storm struggle to come back from it, the incident has also sent shockwaves throughout the hip-hop community. A source told US Weekly that upon hearing the news, rapper Jay Z “hit the roof” and that Brown was now a “walking dead man” as a result. Self-proclaimed “big brother” to Rihanna, Kanye West, has openly talked about being “devastated” by the affair, and praised the singer’s talent to Ryan Seacrest on his KIIS-FM radio show. “I feel like she is the most important artist in music and has the most potential. Her taste level and her age… she has the potential to be the greatest artist of all time.”

Rihanna is said to be cooperating with investigators building a domestic violence case against Brown, according to a police source quoted by the Los Angeles Times. Currently Brown is scheduled to appear in court March 5 for arraignment on one felony count.

PLUS: Is Chris Brown’s Career Over? Find out here.