Click here for details on the magical mystery song, which clocks in at 14 minutes! 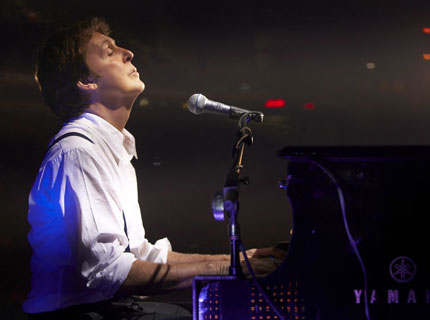 A long-rumored, 14-minute Beatles track has finally been confirmed to exist by none other than its author, Sir Paul McCartney.

The song, entitled “Carnival of Light,” was composed for an electronic music festival in 1967, performed once, and then forgotten. Until now, that is.

Though previously deemed “too adventurous” for release by the Fab Four, McCartney feels the public is finally ready to embrace the tune, which is said to include distorted guitar, organ sounds, gargling, and band members shouting phrases such as “Barcelona!” and “Are you all right?”

He added that Ringo Starr and John Lennon and George Harrison’s estates would have to agree to a release.

“I like it because it’s the Beatles free, going off piste,” McCartney told BBC Radio 4’s Front Row, adding: “The time has come for it to get its moment.”