We're feeling nostalgic this week. Click here to find out why! 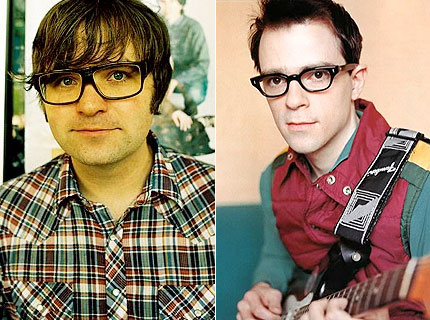 Maybe it’s the fact that recently the names in the news are oldtimers like AC/DC, Guns N’ Roses, and Metallica, but lately we’ve been feeling a bit nostalgic. Here, a rundown of the things that have us recalling the days of yore.

Weezer’s Rivers Cuomo: The bespectacled rocker dug up his school picture for the cover art for Alone II: The Home Recordings, the second album of songs from his personal archives due for release on November 25 [via Stereogum.com].

Death Cab for Cutie: The Northwest indie stalwarts will mark their 10th anniversary by re-issuing their 1999 debut, Something About Airplanes, in a deluxe limited edition November 25 that will include a bonus CD featuring a recently-unearthed recording of the band’s first-ever Seattle show.

MTV’s New Video Site: MTV chose this week to unveil their “in-your-face haters!” answer to those who claim they don’t care about music videos anymore, by compiling their archive of music vid footage in a shiny new website. Hooray!