Watch video of the Brits -- including the Magic Numbers -- performing at the Keane-curated War Child benefit concert. 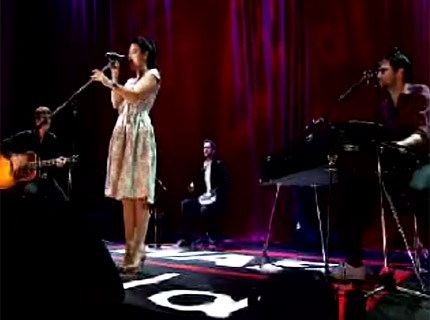 When is great live music even better? When it’s all for a good cause. Last November, British piano-pop trio Keane curated a concert for the War Child charity organization — benefiting children affected by war worldwide — at London’s Brixton Academy, featuring special guests and famous friends such as Lily Allen, Pet Shop Boys, and the Magic Numbers. The night’s performances have been collected on the just-released Keane Curate a Night For War Child DVD — but you can watch highlights right here at SPIN.com!

Below, check out clips of Lily Allen collaborating with Keane on their 2004 hit “Everybody’s Changing,” as well as the Magic Numbers performing “Love Me Like You,” from their 2005 self-titled debut.