Exclusive: In the Studio: …And You Will Know Us By the Trail of Dead

Listen to two new songs off the Texan art rockers' forthcoming album and watch a video interview with Conrad Keely. 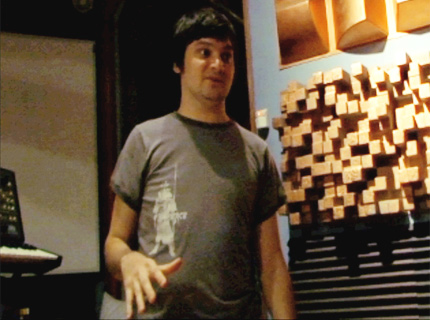 Loud, dynamic, melodic, colossal: All words often used to describe the musical output of Austin, TX, art rockers …And You Will Know Us By the Trail of Dead. And the outfit’s yet-to-be titled new album — the first under the band’s own Richter Scale Records, out January 2009 — is no exception, as SPIN.com discovered firsthand during a recent visit to New York City’s DNA Studios where Conrad Keely and producer Chris Coady (TV on the Radio, Yeah Yeah Yeahs, Celebration) were mixing the new set.

Below, watch footage of Keely and Coady in the studio playing new album track “Bells of Creation” and chatting about the record’s creation and sound. And click to page two to check out “Fields of Coal.”