One of the most enduring images in rock history is of Elton John at Los Angeles’ Dodger Stadium. In 1975, the music world was his oyster. Armed with a hot streak of hits that few could match, John donned a sequined Dodgers uniform and gazed into a crowd of 50,000 with awe. It captured both the grand spirit of ’70s rock and John at the beginning of his artistic peak.

Since that momentous night, the hits have kept coming. John became a global pop icon, beloved the world over not only for his music but also his tireless humanitarian work supporting the LGBTQ+ community. In addition, John’s AIDS foundation has raised $600 million to support HIV-related programs all over the world.

So, nearly five years after announcing that his Farewell Yellow Brick Road tour would be his last, John returned to the stadium he conquered 47 years ago for his final North American headlining show, with all the pomp befitting Captain Fantastic. Before doors opened, fans were spotted decked out in many of John’s looks from over the years, including the iconic Dodgers uniform. There was a buzz in the air unlike any other L.A. stadium show in recent memory, with more celebrities on hand than at a Lakers playoff game). Perhaps it’s because John broke through with a multi-night stand at the Troubadour in 1970, something that he said while recalling Robert Hilburn’s review in the Los Angeles Times. Or, maybe it’s due to his frequent presence in the city, with his Oscars party remaining one of the hottest tickets in Tinseltown. But there’s only one, simple answer: John is a living rock legend. 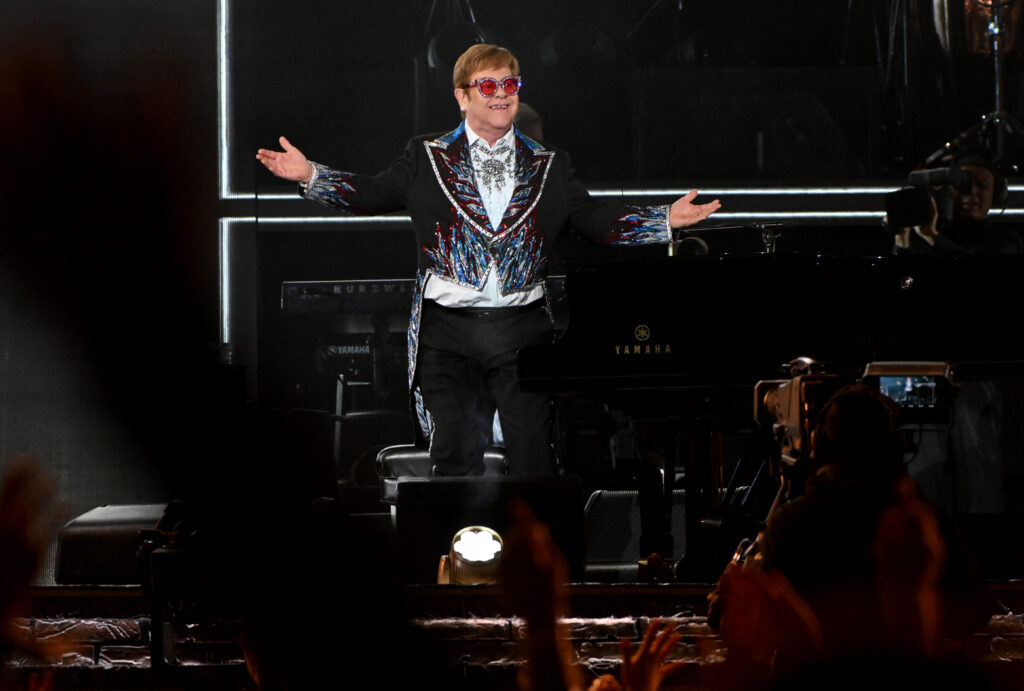 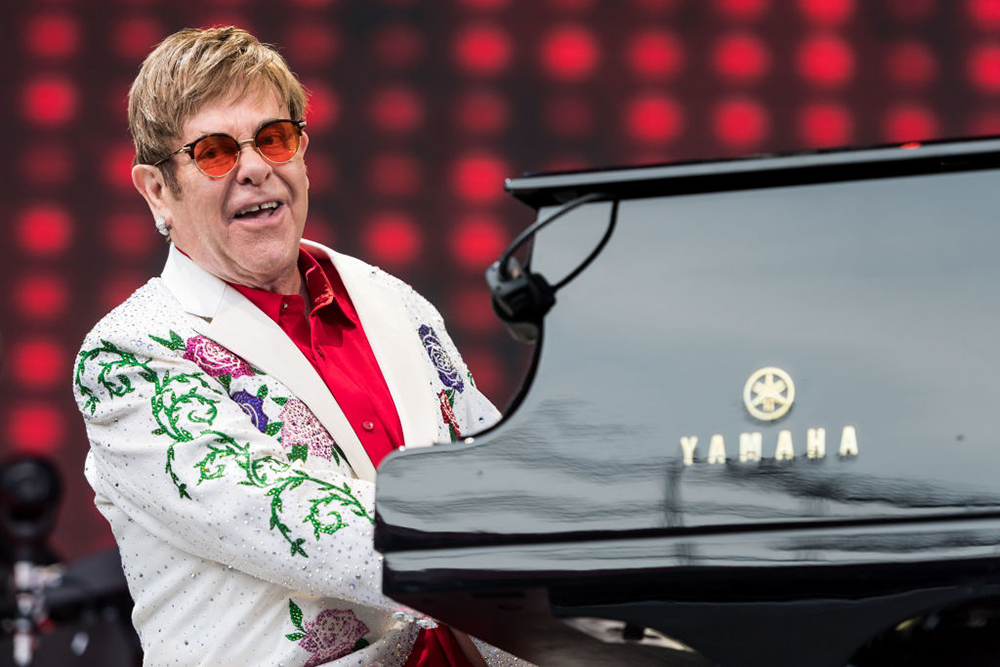 (Credit: Michael Kovac/Getty Images)Closing out the North American leg of the tour with three nights at Dodger Stadium (the last of which was broadcast live on Disney+ last night), the 75-year-old piano man gave the crowd what they wanted. “Levon” soared as it did when first released on 1971’s Madman Across the Water. Other hits have become multi-generational touchstones, none more than “Tiny Dancer,” which was given new life in the 2000 movie Almost Famous and again this year as “Hold Me Closer,” a collaboration with Britney Spears. The only problem with an artist like John —  which is a great problem to have: it’s impossible to play everything. However, chestnuts like “Have Mercy on the Criminal” and “Burn Down the Mission” served as essential complements to the classic, showing how his lesser-known songs are better than others’ best.

As promised ahead of the show, John enlisted some help from his friends. Brandi Carlile, who sported a pantsuit paying homage to John’s Dodgers uniform, belted out vocals on “Don’t Let the Sun Go Down on Me,” which John dedicated to his late bandmates. Kiki Dee, who performed with John at the legendary 1975 shows, dueted with him on “Don’t Go Breaking My Heart,” their 1976 worldwide chart-topper. John dusted off the song live for the first time since 2016, and hadn’t performed it with Dee since 2006. During the encore, Dua Lipa and John performed the PNAU remix of “Cold Heart,” a song that once again introduced him to a new generation.

Before set closer “Goodbye Yellow Brick Road,” John introduced his family, husband/manager David Furnish, and their two children. “I want to spend time with my family because I’ll be 76 next year,” he told the crowd. “I want to bring them out and show you why I’m retiring.”

John also welcomed his longtime songwriting collaborator Bernie Taupin, with whom he’s shared an unparalleled run.  “We’ve been writing together now since 1967,” John told the crowd. “We still love each other more than we’ve ever done before.”

While this may be a farewell for John in North America, more shows remain. He’s scheduled to play in Australia and New Zealand in early 2023 before heading to Europe in March for another lengthy run which ends in the summer of 2023 in Sweden. And while John is sure to play one-off shows in the future, he was the toast of the town one last time last night, giving himself and the sold-out crowd the memorable sendoff they both deserved.

Bennie and the Jets
Philadelphia Freedom
I Guess That’s Why They Call It the Blues
Border Song
Tiny Dancer
Have Mercy on the Criminal
Rocket Man (I Think It’s Going to Be a Long, Long Time)
Take Me to the Pilot
Someone Saved My Life Tonight
Levon
Candle in the Wind
Funeral for a Friend/Love Lies Bleeding
Burn Down the Mission
Sad Songs (Say So Much)
Sorry Seems to Be the Hardest Word
Don’t Let the Sun Go Down on Me (with Brandi Carlile)
The Bitch Is Back
I’m Still Standing
Don’t Go Breaking My Heart (with Kiki Dee)
Crocodile Rock
Saturday Night’s Alright for Fighting