Features, On the Record

Home » Features » On the Record » What’s in a Name: Julian Lennon on His New Album Jude

“Calling the album Jude was very much a coming of age tale for me,” Julian Lennon says. The title is directly derived from “Hey Jude,” one of the most beloved rock ‘n roll lullabies of all time. Famously originally titled “Hey Jules,” Paul McCartney wrote the song as a message of comfort and hope for a young Julian when his parents parted ways. “The song was written about a hard time in my life,” Julian explains. “But I have come to terms with it all, including being Jude. [This album] is showing me for who I am today, what I’ve done, what I’ve achieved as an artist, as a writer and a producer…”

From his stunning 1984 studio debut Valotte, to his accomplished career as a fine art photographer, what he’s achieved is a legacy all his own, defined by capturing the beauty in his lyrics and images. But his devotion to philanthropy has also been a constant throughout his life, In 2020 he was honored with the CC Forum Philanthropy Award in Monaco, and named UNESCO Center for Peace 2020 Cross-Cultural and Peace Crafter Award Laureate.

He encourages others to use their talents for greater causes—but with caution. “I think that you have to be careful about how you approach following your beliefs, as they may not be the beliefs of others,” he says. “At least from my perspective and my experience, it has been about sharing ideas and starting conversations about ideas of change for the positive. I think one thing that does bring about aggression and anger, is when you tell people what to do, when you shove ideas down their throat. I think as long as you’re not hurting anyone and it’s all about positive change and doing things for the better, by all means stand on the rooftop and scream out.”

Earlier this year, and for the first time publicly, Lennon performed his father’s “Imagine” in support of Ukraine. On April 8—Julian’s 59th birthday—he tweeted a video with this: “The War on Ukraine is an unimaginable tragedy… As a human, and as an artist, I felt compelled to respond in the most significant way I could. So today, for the first time ever, I publicly performed my Dad’s song, IMAGINE.” The song helped raise significant funds for Ukraine. 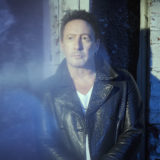 As with “Imagine,” the new album looks back in the name of progress. In his own words: “I feel very much that I am my own man, and I’ve built a very serious working foundation on many levels and calling the album Jude embraces that.” 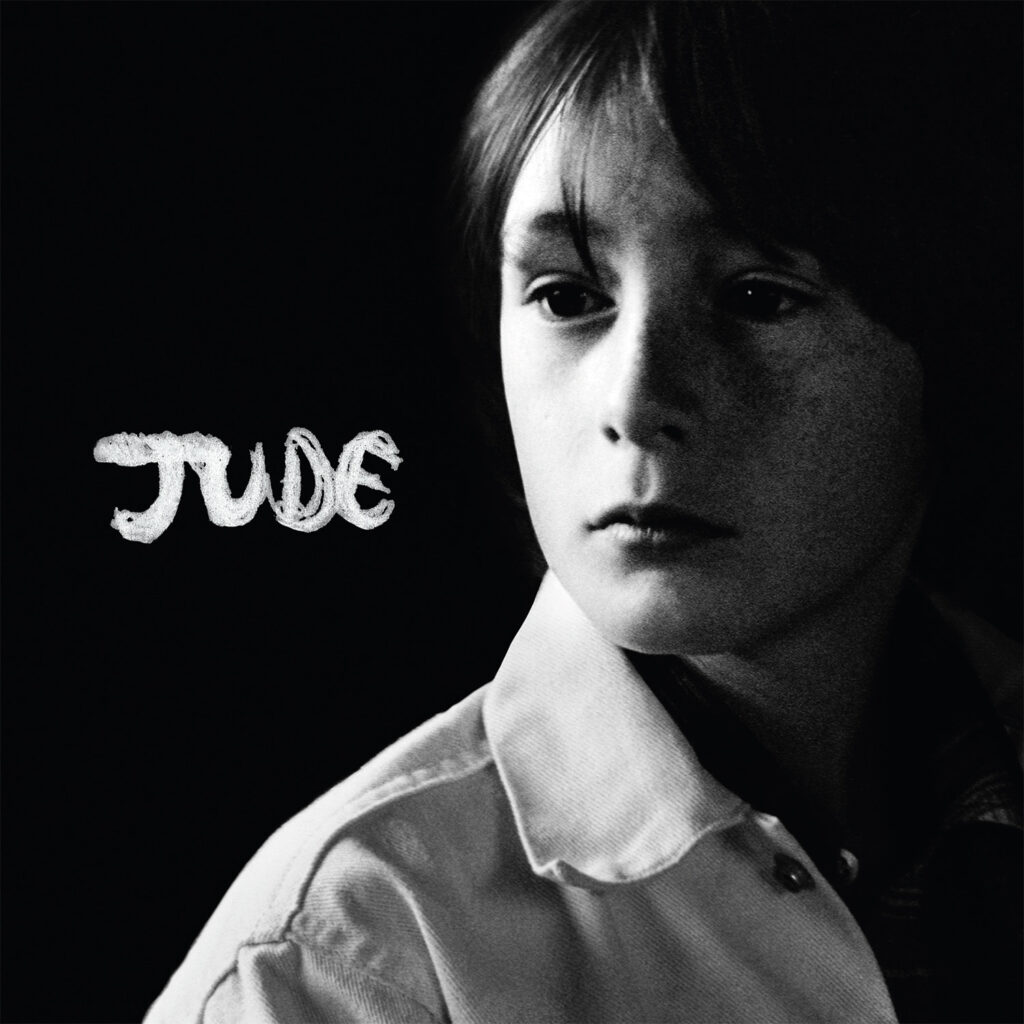 SPIN: The cover photo: What was happening in your life at the time?
Julian Lennon: I remember at that point Dad was seeing May Pang and May Pang and my mother were trying to get Dad and I to spend more time together. It was taken in Disney World in 1974 after Christmas that year.It was just a moment where I looked like I was in another world, where all around was a blur. I guess because although I was happy to see dad again, it was a weird and unique situation not having seen him for years, to finally be with him again. The biggest question for me at this time, was “How long is this going to last?” or “Is he going to disappear again?” I think that’s predominately what the look on my face represents. It’s one big question.

What was the first song you wrote for Jude?
The reality is no songs were actually written for Jude, as I was never intending to release another album… This is a collection of songs, written over several decades. The one thing I will say though, is that the first song I produced on my own without Justin Clayton (as he had gone back to the UK because of COVID) was “Freedom.” “Freedom” to me, set to some degree, the tone of the album and the audio landscape of what the album was going to represent overall.

What do you hope people take away from this album?
We all have our own perceptions of what things look like and what things sound like. People will have their own readings of what this music and lyrics mean to them. So, it’s difficult to say that I could predict in anyway what they are going to feel about these songs. But, from my perspective they are songs that were written about reflection in life and I think people can relate to that and what we try to understand within ourselves. For instance, who am I, what am I doing, where am I going, what is my purpose, am I happy, am I sad, and the list goes on. For me, it is something relatable that people can sink their teeth into and maybe that will help them decide for themselves what the right course forward may be.

What makes this album timely?
I think after coming out of the pandemic, we’re all looking and searching for the right answers and we want to find balance, peace and focus in our life. So, with everything that is going on in the world I think we’re at a point where although we are more vulnerable, we’re more accepting of other people and empathetic of other people and situations in life. Therefore, that may help us find a better way back to peace.

Also, the fact that these songs were written over several decades and are still asking the same questions, makes you wonder why we haven’t found the answers that we’re looking for yet and why, when you look at a civilization that has been around for thousands of years, and that we’re still in the same boat. We’re still sinking, if not even worse than before. But, I think people are recognizing that fact at the moment and I think they’re willing to put their heart on the line more than they ever have, to try and fix the problems and make the world a better place.

“Lucky Ones”: What change do you feel is coming—and what change is needed?
“Lucky Ones” is the realization of how lucky we really are. We are faced with being on a beautiful planet, in a beautiful world and have the opportunity to have the most incredible of lives. Unfortunately, there are some negativities in this world, which I don’t think will ever go away. But, we must embrace the good and we must embrace it on such a level that we can share it with people, so that love spreads around the world and we can all “Imagine a world without war.”

How do we create a world where people care about each other and the world we live in?
It is about taking on the good fortune we do have, but also living a life of empathy as well, where we understand the problems that other people are facing in life, on every level, and in some way, shape or form, try to help those who are less fortunate.

Had you always known that someday you’d perform “Imagine”? What was the experience like for you?
I did feel that the day was going to come eventually, but it’s not a song I ever wanted to sing. I never wanted to sing any of Dad’s songs, he performed them so well. When the war in Ukraine broke out, Global Citizen called my manager and said, “We’re doing a huge charity initiative next week. Has Jules got anything up his sleeve?” Because of how bad the crisis is, the only thing I had up my sleeve, that I felt would make any kind of impact, was me singing ‘Imagine.’

As soon as I decided I was going to do it, I knew I had to perform it in a different way than dad did, but also make it unique, meaningful and my own. Immediately I just thought “Acoustic guitar, raw, little to no production, honest, simple, heartfelt and as emotional as could be, just the lyric and the song.

The response from pretty much every one I’ve spoken to, and who has reached out, has been incredible and so positive. I’m actually overwhelmed at the response and feel I have gained a new respect musically.

Can music change the world?
Music certainly has its place in changing the world and supporting the belief of those who wish to change it for the better.