When an artist goes eight years between albums, the obvious question is: what did they spend all that time doing aside from making music? For Marketa Irglova, the answer is, well, a little bit of everything. Irglova, whose music with Glen Hansard as The Swell Season powered the 2007 film Once to critical acclaim and an Academy Award for best original song for “Falling Slowly,” returned last week with LILA, her first full-length since 2014’s Muna.

Since that project, Irglova moved to Iceland, got married, built a recording studio and started a family. “I have grown deeper roots, which allow me to reach new heights,” she tells SPIN of these experiences and how they influenced LILA. “This benefits my creativity I believe, for I am able to work with ever new energies which I channel into my work. I always write about what I know, meaning what I experience, but much in the same way my songs are personal, they are also universal, for that is what I love to achieve in my writing.”

“Given the fact that it had been a few years since I made a full-length record, I had quite a lot of songs saved up,” she says. “We ended up with 18, which was too many for one album. I decided to divide the songs equally into two albums, and it was surprisingly easy to figure out which ones belonged together. The nine that make LILA are bound together by the theme of unconditional love — love that has no beginning or end, love across lifetimes, love that conquers all, love that transcends, love as a being, not a feeling.” 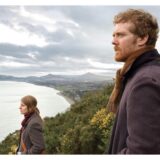 Once Duo Glen Hansard and Marketa Irglova Returning to the Road

The relaxed working environment allowed Irglova to take her time and not force any creative decisions, which afforded her numerous moments of creative serendipity. “‘Girl From a Movie’ was a song I wasn’t sure would fit on the record and I almost didn’t record it, but then I wrote the chorus while sitting at the piano between takes and it made the song for me,” she says. “I always knew ‘Remember Me’ would be difficult to record, with all its swells in dynamics and tempo changes, but although it was a challenging and at times frustrating process, I feel we got it right in the end. ‘My Roots Go Deep’ blew my mind, because it really came into its own when performed by the band in the studio.”

The album’s title is drawn from Indian culture, where the word “lila” is associated with “the playfulness and humor of God, who orchestrates moments of synchronicity and serendipity in our lives — unplanned and magical ‘coincidences,'” Irglova says. “Given the fact that in my life I have experienced quite a few of those, I loved the idea that there is a word for that occurrence, and since it also appears in other languages as the word for the color purple, and is at times used as a girl’s name, it really seemed perfect for this collections of songs.”

Irglova teamed again with Hansard earlier this year for their first tour together in 11 years, during which they previewed “My Roots Go Deep” every night. “I knew Glen and I would do a great version of this song together,” she says. “I loved passing through New York, where I lived for two years, standing on the stage at the Beacon, where we have played together before, and reconnecting with our old friends. I loved having my dad and sister join us and rediscovering the wonderful American cities through their eyes. I loved going to see Hamilton twice — once in Pittsburgh and once on Broadway. I loved walking through Chicago with Glen on St. Patrick’s Day and seeing the famous green river. I loved all our tour bus moments after the shows, chatting and catching up. But most of all I loved singing our songs again, to a room full of people who were just as happy to hear them as we were to play them.”

The artists says “plans are forming as we speak” for a solo tour in support of LILA. “I am excited to play these songs live, with these wonderful musicians who will hopefully join me on tour,” she enthuses.