There’s a rustic mysticism to the music of Cass McCombs. An ethereal vibe. A glittering, twang-tinged opaqueness upon which you can project an entire universe of thought and feeling.

Part of that effect is by intent. “I want to leave vast spaces for people to explore their own interpretation because I think that’s even better than what I want, in a way,” the 44-year-old singer-songwriter says in a recent chat over the phone. “Every person has their own interpretation to anything. There are different stages to this…what I want to express isn’t necessarily what the next person feels.”

Then there’s the basic reality that McCombs is simply tough to read.

“I have…what do you call it? Boundaries,” he says quietly. When asked about how he feels he’s perceived by others, he seemed to recoil at the very notion of being publicly perceived at all. 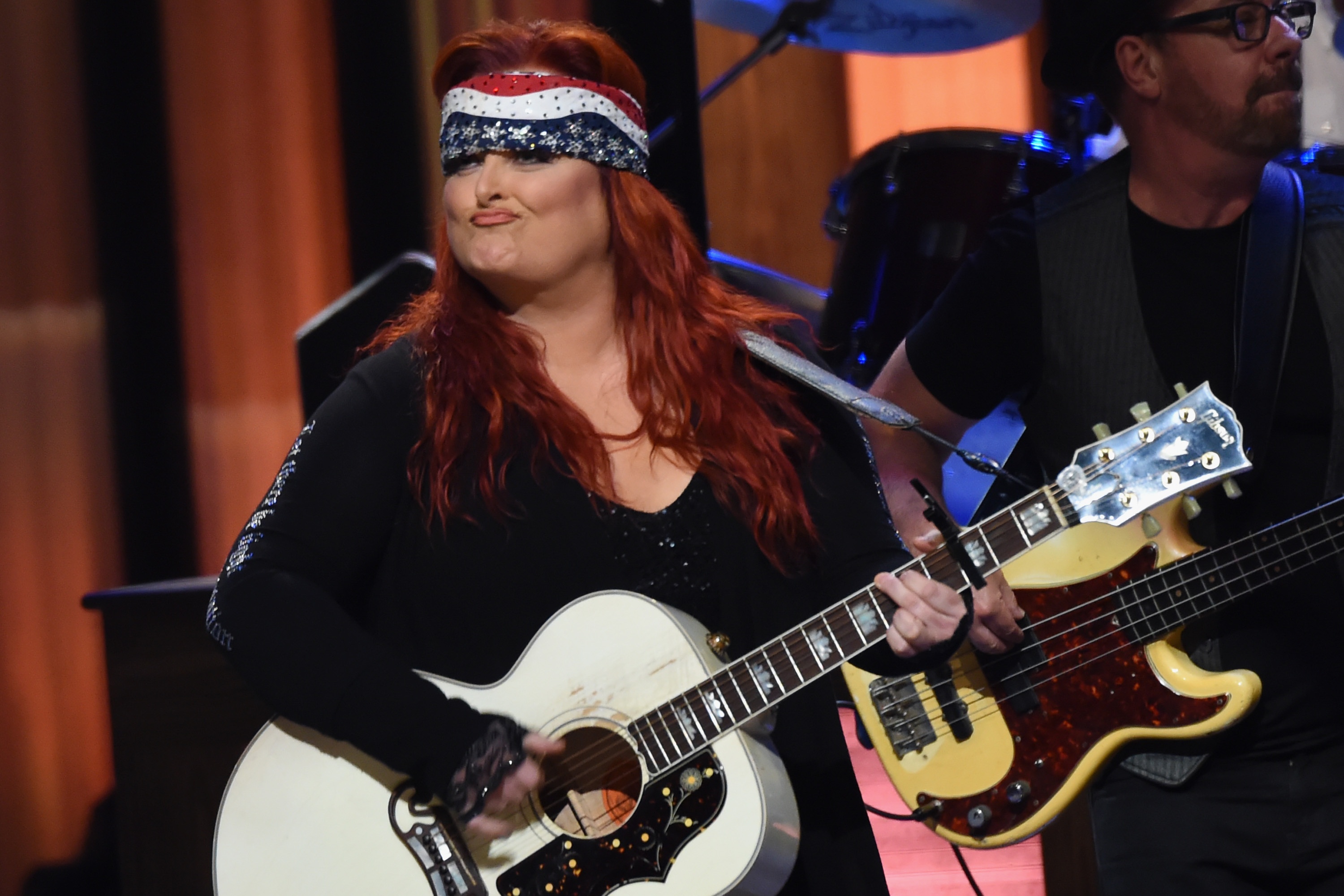 “I just don’t really think about myself that way as a public person,” McCombs explained. “I’ve never wanted to be related to the idea of being a public figure or anything like that. I just want to do what I’m doing and leave me alone.”

McCombs is a music lifer. He grew up around the Bay Area in Northern California. From an early age, he taught himself the ins and outs of chords and melodies by playing a wide variety of different styles and sounds. “I just learned thousands and thousands of songs,” he says. “Like old folk songs, country songs, bluegrass songs, blues songs.”

He released his debut solo album, A, in 2003, and since then, has pieced together one of the more sonically mesmerizing, and intellectually thought-provoking discographies in the realm of indie-country-Americana rock. Even more impressive, it seems like he’s only gotten better with each passing project. Or maybe better is the wrong word. Wiser? More comfortable in his own skin? Perhaps a little bit of both.

His 2016 album, Mangy Love is considered by many to be a creative highwater mark. “Bum Bum Bum,” the album’s lead single, is his most-played Spotify track by several million spins. His 2019 follow-up, the sprawling, psychedelic record Tip of the Sphere is even better. It’s certainly jammier, with songs that lend themselves to wild, sonic exploration while onstage, and in front of a crowd.

On his new album, Heartmind, McCombs strove to build on the narratives and sonic atmosphere of the Tip of the Sphere…until he didn’t.

“I was living in Northern California, and I wanted to make this whole thing about mythology and Northern California and continue some of the things from Tip of the Sphere, but it didn’t really want do that,” he says. “Going into it, I had a completely different picture of what it would end up being. But as you get closer certain things fall by the wayside.”

Put more metaphorically: “It’s like a race or something. You’ve got a track and field race and some of the songs are just losers. I mean, I think all the songs are losers. Beautiful losers.”

With eight, beautiful losers included on the tracklist, Heartmind keeps alive McCombs’ reputation for writing some of the most languid, thoughtful, and tongue-in-cheek funny music around. It’s a record stuffed with an oddball collection of world-historic figures like Cyrano De Bergerac, Tammy Wynette, SE Hinton, and Elon Music. Dinosaurs lumber down major thoroughfares in the jaunty post-apocalyptic ditty, “New Earth.” On the other end of the spectrum, a recently discharged soldier reckons with his regret-filled past in the especially mourn-filled dirge “Unproud Warrior.”

“There’s this whole thing I hear from time to time: No regrets,” McCombs says. “Regrets teaches things. There’s nothing wrong with regret.”

For “Unproud Warrior,” McCombs wanted to illustrate regret in a musical sense. He wants you to really feel and internalize it. “The song is very slow,” he says. “I wanted to stretch time and stretch time and see if we could just see choices actually happen. Let’s watch the choice happen. Maybe we’ll watch the regret happen afterward. The cause and the effect.”

McCombs has a myriad of regrets of his own, but he makes an effort to embrace them. “I’ve learned a lot of lessons and I’ve learned it the hard way,” he says. “I went about everything the hard way. Sometimes you need to get your ass beat. Teaches you a good lesson on how to behave.”

“I see music as like a living entity,” he says. “It can be frightened away but you can also try to pay tribute to it and try to garner some trust to get it to come back. It’s a very persnickety relationship between the musician and the music. Most musicians I know, when they talk about music, they talk about it as some spirit or something. It’s something that flows through them but it’s not always there. It comes in and out. I guess that’s just what I was thinking about.”

Again, we have to return to that feeling of mysticism. Otherworldliness. Spirituality.

“Music of the muse,” he continues. “The muses from the mythology. And then lyricism; they’re coming from the lyre. We use these words for a reason.” Then a pause. “There is something Godlike about music. But it’s not really coming from the musicians. It’s coming from the spirit realm.”

To translate the ethereal into the physical, McCombs returned to the same Brooklyn recording studio – Figure 8 — that he had used to record Tip of the Sphere. It’s the part of the job he hates. Well, hates may be overstating it, but not entirely. “I find the entire recording process one, big painful experience, he says. “There’s a surgical aspect to recording that I find uncomfortable.”

The so-called “Novocain” he uses to dull the pain is pure improvisation. McCombs is a full believer in the Neil Young/Tonight’s the Night, live-in-the-moment method of record creation. “I go into the studio generally with not really many ideas about how things should be arranged or the sound,” he says. “I’m pretty open. But when other people are there, they’re allowed to do what they want to do. It’ll take on their life as well or their energy.”

“I think if the feeling is right, then it’s right,” he continues. “There’s no technical requirements.”

In addition to using the same studio, McCombs enlisted some of the same musicians he played with during the sessions for his last record. He also brought in a couple of ringers to sing backup: Wynonna Judd on “Unproud Warrior” and Danielle Haim on “Belong to Heaven.” The chemistry between the band on Heartmind is palpable, which is frankly amazing as McCombs will often go so far as to withhold the songs from his collaborators to get their freshest takes on the material. “I don’t send it to them beforehand,” he says matter-of-factly. “They’re just reacting. They have no preparation. It’s just what they do and how they’re feeling. So, a lot of it’s determined by them and their feeling in that moment.”

The gravity of that feeling can’t be understated.“New Earth,” for example, is streaked with optimistic glee about what a post-apocalyptic Earth might look like. “Today is the day after the last day on Earth It’s such a glad day! / After a very bad day,” McCombs cheerily sings in the song’s opening stanza.

And why not? Why does the future have to be awful?

“This word, dystopian, it’s such a cliché,” he says. “It’s easy not to write the cliche for me. It’s like, ‘You say that it’s this way. Well, what if it’s just not that way?’ Also, we’re kind of stuck here. This is our rock, so it’s easy for me to just think, ‘Why don’t we just make it a better place?’”

While the rest of us wait for the impending doom for an apocalypse of our own choosing, McCombs will continue to hone his beautiful losers. “I am sitting on tons of songs that are not recorded but that’s not by any design or wish,” he says.

Some may make it to his next record. Others won’t. “It really doesn’t matter,” he says. “I don’t think what we do, in the long run, in life’s experience; I just don’t think records are that important. Just be real.” 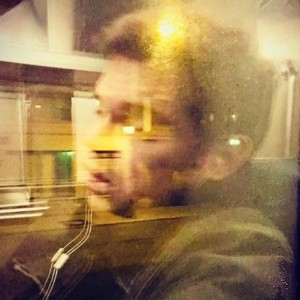