Like many 40-year-olds who engage with social media only when necessary, MGMT co-founder Ben Goldwasser doesn’t have a TikTok account. So when the title track of the band’s 2018 album, Little Dark Age, suddenly began appearing in thousands of videos on the platform in the first pandemic summer of 2020, he had to rely on his wife and friends to clue him in on the out-of-nowhere phenomenon.

“It was surprising to me to even have our song be on TikTok at all, and then it was like, ‘Well, how big is this?'” Goldwasser tells SPIN by phone. “I don’t even know what a big TikTok song is or what that means.”

In this case, “big” doesn’t really do justice to what’s been going on with “Little Dark Age” on TikTok, where users have made more than 5.5 million videos that weave the song into anime, superhero movies, video game clips and post-George Floyd social justice-themed content. Others have used “Little Dark Age” in content where they transform themselves into figures from classical paintings, express solidarity with those who identify as trans and, most recently, to soundtrack footage of Russian missile bombardment of Kyiv.

The mid-tempo, synth-driven “Little Dark Age” doesn’t appear to actually be about any of those things, and Goldwasser would only say that the song (which was written during Donald Trump’s first year as president) is “very much a comment on things that were going on in the world at that time and which were still pretty present” when the TikTok trend took off. The lyrics are open-ended enough to invite myriad interpretations, though references to “forgiving who you are for what you stand to gain” and “love’s seeping” from the guns of the police have seemed particularly relevant during both the Trump administration and the COVID-19 pandemic, which was indeed a “dark age” for people around the world. 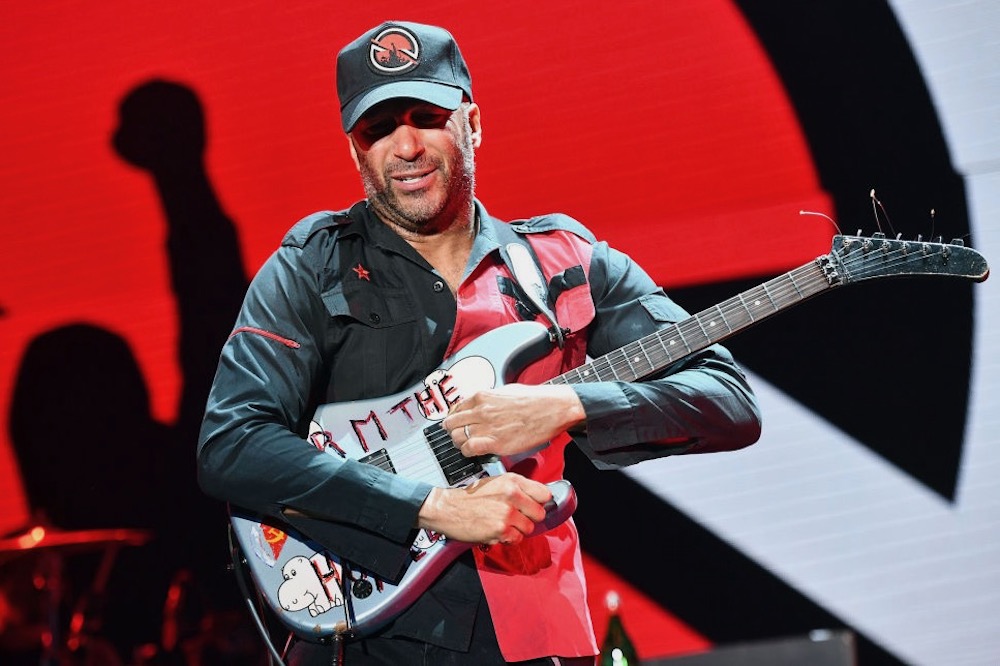 “It reminds me of a world steadily deteriorating as everyone’s mental health dissolves — like a dystopian novel,” wrote one YouTube commenter. “This song makes me feel like the bad days are yet to come and It’s making me excited for them,” said another. The song “brilliantly manages to connect so deeply with every single member of its audience, often in drastically different ways case by case,” offered a third. “No song has made me feel so strongly.”

Goldwasser describes MGMT’s own video for “Little Dark Age” as “very much a love letter to goth music videos from the ‘80s, where we just referenced a bunch of things that we like. It wasn’t necessarily related to any of the subject matter of the song or anything like that.” In that way, MGMT had already done what the TikTok community would later do: use the song as a jumping-off point to riff on topics both ephemeral and profound.

All this activity has turbo-charged MGMT’s streaming numbers on DSPs, particularly on Spotify, where “Little Dark Age” now has 266 million listens, and YouTube, where the official music video has ballooned to 68 million views. The song was garnering about 50,000 streams per day on Spotify before things heated up on TikTok, eventually rising to a single-day high of 658,000 on October 29, 2021. Daily streams have remained in the 450,000 range for weeks, making “Little Dark Age” the band’s fourth-biggest song there, behind only the 2000s-era indie-rock standard-bearers “Kids,” “Electric Feel” and “Time To Pretend,” all drawn from its 2008 debut, Oracular Spectacular.

“What I think is really cool about it personally is how much of it is out of our hands,” Goldwasser says. “It’s completely unintentional. It’s not like we have control over how people are interpreting this. People are just taking it and running with it. For me as a musician, that’s really exciting. That’s more creative than trying to figure out what an artist has to say, or trying to get at the deeper meaning behind something. A lot of times, there is no deeper meaning. The meaning is what’s out in the world.”

Massive, mainstream pop hits dominated TikTok in 2021, with Megan Thee Stallion and Doja Cat reigning as the top two most-viewed artists. But the platform’s ability to resurface seemingly left-field and catalog tracks from a range of genres is just as potent, a phenomenon chalked up to its fabled algorithm. “These indie rock sounds are really popular right now,” says one major-label A&R executive. “TikTok’s algorithm is exquisite at recognizing other songs with that same sonic feel and slowly but very intentionally amplifying them from level to level.”

Within the past few weeks, Hollywood celebrities like The Rock and Drew Barrymore have propelled the Ting Tings’ 2008 one-hit-wonder “That’s Not My Name” back into the spotlight by posting videos of their different roles in movies throughout the years. Philadelphia indie-folk act Dr. Dog enjoyed a runaway TikTok revival last year of its 2010 song “Where’d All the Time Go,” while Chicago group the Walters, who had broken up in 2017, got back together and signed a big deal with Warner Records once its 2014 song “I Love You So” became TikTok famous in late 2021.

Artists in this position essentially have three options: do nothing and see what happens, hire influencers to create more posts featuring the same music and hope the algorithm notices or shoot their own related content and post it from their own account. Sources say MGMT took the first approach, preferring to let the trend play out organically.

Goldwasser likens the “Little Dark Age” experience to how people have recently experienced The Beatles’ Get Back documentary, given the benefit of more than 50 years of context for the recording sessions captured therein. As such, the music becomes even more what the individual listener makes of it, which has clearly been a factor in driving the success of “Little Dark Age.”

“I don’t know how many people just knew the clip from TikTok and then used it themselves, or heard small parts of it without any context,” Goldwasser says. “It’s hard to say whether they were influenced by the song or whether they were influenced by the fact the song is already being used for some other purpose. Sometimes you hear something with a certain sound and it brings all these other feelings and images to mind.”

Even when TikTok success translates to a big boost in DSP streams, most of these songs, including “Little Dark Age,” have seen their second winds largely ignored by mainstream radio (for whatever it’s worth, “Kids” never got higher than No. 91 on The Billboard Hot 100 and no MGMT song has ever reached the top 15 of Billboard’s Hot Rock and Alternative songs chart). To some observers, this simultaneously proves TikTok’s power to break songs as well as how out of touch with culture radio has become.

“There are stations that won’t play these records because they’re too old, even though they’re getting five or 10 million streams a week,” the executive says. “Instead, it’s like, give me this other new song that has flatlined at 25,000 streams a week. That Walters song is on Today’s Top Hits, which is one of the biggest Spotify playlists in the world. People aren’t used to the idea of working with music that’s pushed and originates from an app like TikTok. But kids find this to be just as meaningful — this is their version of listening to the radio and hearing a song.”

Known for taking its time between projects, MGMT hasn’t played live since November 2019 and has no plans to release new music in the near future. But Goldwasser is already curious to see if new fans eventually turn up that were unfamiliar with the band before “Little Dark Age” exploded.

“It will be really interesting to see how the crowds will have changed whenever we get back to playing live, and whether that may carry over to some of the other tracks off the album too, which would be great,” he says. “People criticize the TikTok generation for having no sense of context or history, but if you spent 10 minutes there, it would completely prove that false. Kids are incredibly smart and literate and are pulling together all these references. It’s pretty amazing.”