“Being Grammy-nominated signifies a turning point in my life from the standpoint of me getting to play music I enjoy to play and create,” says Cory Henry, who previously won three Grammy Awards as a member of the instrumental ensemble Snarky Puppy.

He recently received four more nominations: his 2020 solo album Something to Say in the Best Progressive R&B Album category, as co-producer/writer on Eric Bellinger’s New Light (also in the Best Progressive R&B Album category) and as a co-producer/writer on Kanye West’s Donda, nominated for both Album of The Year and Best Rap Album. “Seeing [my work] get recognized in this way makes me feel confident in my artistry,” he continues. “I moved to L.A. and uprooted my life, so seeing this body of work get nominated truly feels like the journey is worth it.”

His newest album Best of Me (released in September) further exemplifies why Cory Henry’s name is consistently linked with “virtuoso.” Influenced by such greats as Stevie Wonder, Marvin Gaye, Jimi Hendrix, Sly and the Family Stone, and Edgar Winter, Best of Me is a groove-jazz-funk fusion that feels as fresh as it does familiar. I really love this album. “Best of Me is different than Something to Say because it’s an instrumental album,” he explains. “Something to Say was specifically geared towards a vocal production, so everything changed about this type of project.” Produced, arranged, performed and co-written by Henry, Best of Me is one of the most masterful recordings of the year.

“I came up with the title Best of Me because I wanted to give the best of myself as a time capsule,” he explains. “I thought, what’s the best thing I can do at this time, and every time I look back at it I’ll be thinking it was the best of me in 2021.” 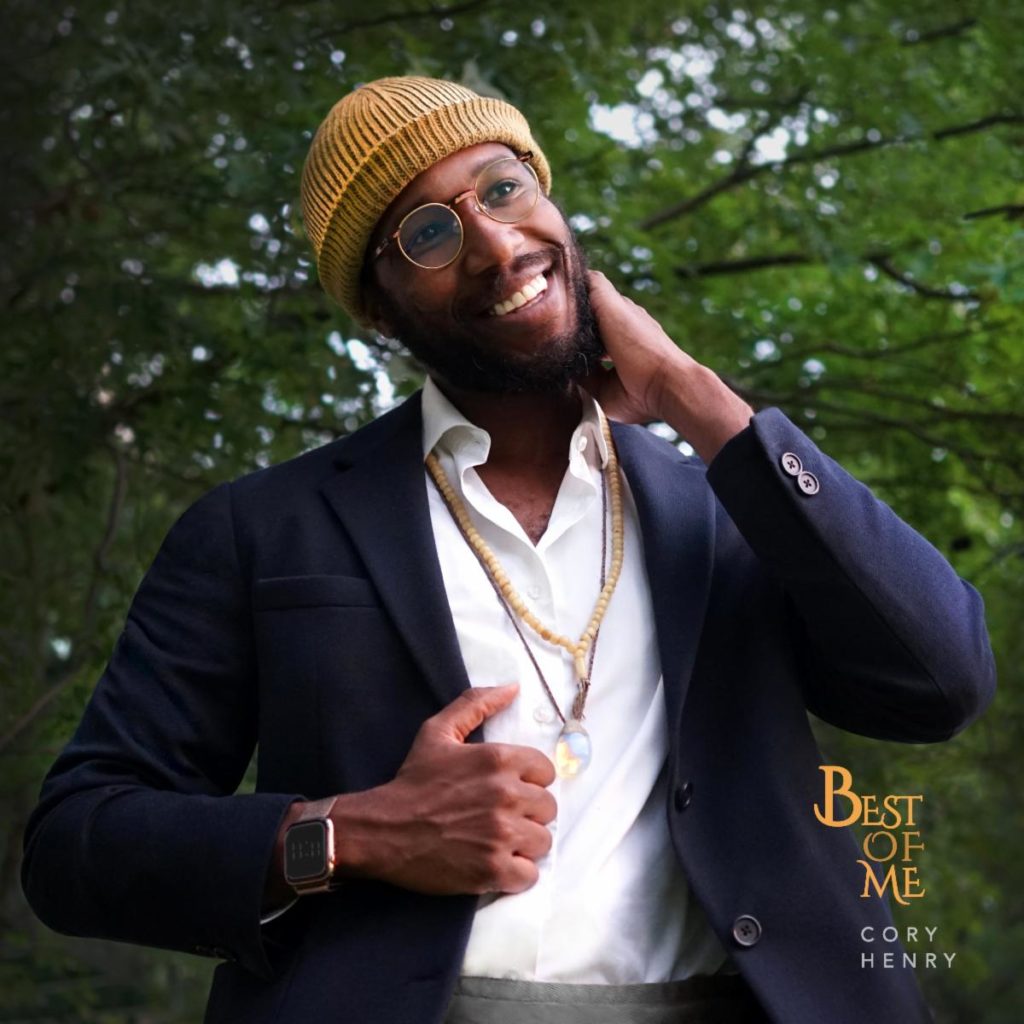 SPIN: Starting from the beginning, what do you remember about playing at the Apollo Theater when you were just six years old? What’s the story?
Cory Henry: I don’t remember how I got the gig, but I remember getting ready for it. My mother specifically trained me for two songs. I remember my grandfather, uncles, and a few other people helped load the organ out at the time. It was an A100 organ and they dragged the Leslie out too. We watched the Apollo growing up, so it was a really exciting experience. I remember telling the band what I wanted to play and directing them. It was a beautiful experience. I also remember the other performers voting me Top Dog backstage and going to White Castle afterwards.

I eventually played at the Apollo three times and I came in first place twice and the other time they did a recount!

What’s brought you to Best of Me?
I wanted to make a collection of songs that resembled the style of music that represents me the most. I tried to blend my sound with my favorite artists. I wanted to make an instrumental record because I made a singing record before that. With Best of Me, I wanted to represent myself through my instruments. It was almost like the second coming of my album First Steps.

What is “future soul”? And how did some of the greatest artists in the history of soul influence Best of Me?
Future soul is a phrase that I think about when I’m making my music. It’s standing on the shoulders of all my favorite artists in the retro-soul era — think about that 60s/70s sound. It’s making a nod to a push for the future and keeping soul music in what I think it should sound like today and what I want it to mean to the people who will listen to it tomorrow. I want to make music that makes people feel like how I feel when I listen to my favorite artists. The first time I heard Stevie Wonder as a kid I cried. The song was “Superwoman (Where Were You When I Needed You)” and you just feel something. I remember feeling joy and motivation to work on my craft when I heard Herbie Hancock. I felt the same thing when I watched and listened to Prince. I want music like them. The type of music that gives people something to hold on to, inspire, and feel good about. I hope that’s what Best of Me does.

What are you most proud of on Best of Me?
The whole project. If I were to point anything specifically out it would be “Dreaming Of”, because I played all the instruments on that song. I also feel strongly about “Best of Me”, (the song) because it’s an ode to my mama and my roots. Definitely most proud of those two songs.

What’s your favorite song on the record? What’s the story behind it?
My favorite song on the record is “Alone.” I was having a conversation with my friend about love songs and I remember in that conversation I discussed how I wrote a lot about love songs and I wanted to talk about other things in my music. My friend said I should write about things I really care about, something that’s true to me. Then the pandemic came and I had a lot of alone time. That’s when I realized how much of an introvert I was and how many of us are out there. I wanted to write a theme song for us introverted people, and every time I play it I get happy. That’s probably my favorite song off the album.

You’ve had an incredible year. Aside from your Grammy nominations, what highlights stand out the most for 2021?
The biggest highlight was releasing Best of Me. I also played some awesome shows. For example, I did a five-night run at the Blue Note and each night I got to play a different album. It was some of the best shows I’ve ever played, it felt spiritual. Another highlight was making a record with Kanye West. I’m a huge fan so that was definitely a goal.