Best known for Hanging out in tattoo shops, being the bearded guy on various TV shows and Twitch streams, and only interviewing bands I like as SPIN’s Deputy Editor.

Really want to be in Any place where I can turn my email off. Catch me in the South of France eating an endless buffet of fancy cheeses instead of my usual routine of responding to hundreds of emails.

Excited about That week between Christmas and New Year’s where we all just kind of float around and pretend like we exist without actually doing anything.

My current music collection has a lot of 2000s post-hardcore, punk rock, and third-wave emo. I might’ve outlived Myspace, but a lot of my favorite music didn’t.

And a little bit of  There’s way more ‘90s and 2000s hip hop in there than people expect. I was born in NYC at the beginning of the ‘90s, and I’m pretty sure it just soaked into my bloodstream early on. I still consider myself a “rock guy” or whatever, but it’s way closer to an even split than anyone (myself included) would think.

You wouldn’t expect me to listen to Video game and movie soundtracks. I interview a lot of composers, which means listening to their scores for at least a day or two each. There’s some mind-blowing shit in there.

Preferred format This is where I’m supposed to say vinyl, right? I really like getting/having vinyl, and I’ll throw them on when I’m home sometimes, but 95% of my listening is probably from digital downloads either on my laptop or phone. 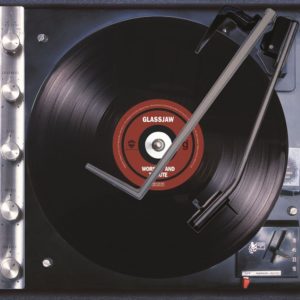 This is the best album of all time front to back. It’s really that simple. No band has ever been better lyrically/vocally/musically than Glassjaw, and I personally prefer Worship and Tribute over Everything You Ever Wanted to Know About Silence. I’ll die on the hill that the late ‘90s/early 2000s post-hardcore scene is one of the greatest/most underrated music scenes of all time (other amazing albums from it include: Relationship of Command, Full Collapse, The Shape of Punk to Come, The Illusion of Safety), and Glassjaw is the cream of the crop if you ask me. Worship and Tribute has the rare combination of tremendous songwriting, unbridled emotion, and incredible musicianship. Hell, even just vaguely reminding me of Worship and Tribute is enough for me to love an album, like Dear Diary, My Teen Angst Has a Bodycountor Dogleg’s Melee. 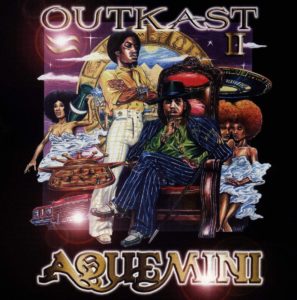 When I moved to Atlanta in 2010, I didn’t really understand Southern rap. I knew the mainstream singles and considered myself a fan of UGK, but I was pretty clueless beyond that. Getting more into Outkast changed that, and Aqueminiis Outkast at its finest. It’s one of the few albums I think people would love even if they’re not fans of hip hop or rap at all (To Pimp a Butterfly, 36 Chambers, and Coloring Book would be other examples), and it’s arguably as genre-bending as any album has ever been. If Aqueminireleased today, it would rightfully be considered absolutely groundbreaking and probably be nominated for Best Rap Album at the Grammys regardless of who else put out great records. At least a dozen of the 16 tracks would be the best song on most albums, and it still somehow got overshadowed by Outkast’s success in the years after. It also happens to be the only album that appears on both my list as well as Editorial Director Daniel Kohn’s, which I guess should count for something.

Against Me! Is Reinventing Axl Rose 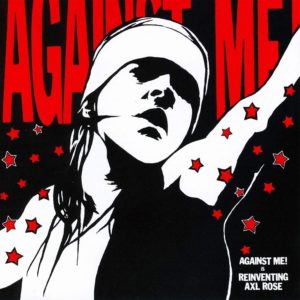 Every few years, I stumble upon an album that absolutely dominates that period of my life. In middle school, it was Take Off Your Pants and Jacket. In high school, that evolved into From Here to Infirmary (which originally occupied this spot on the list). By the time I hit my freshman year of college, that album was unequivocally Reinventing Axl Rose. I have no shortage of personal stories about how Against Me! has affected my life (some of which may come out sooner than later), and Reinventing Axl Roseis at the center of most of them. “We Laugh at Danger (And Break All the Rules)” is one of those songs where everyone in the crowd will always collectively lose their shit every time it’s played, and I hope to still be starting mosh pits in the nursing home to it in 50 years. Aside from my own feelings about the album, it’s also probably one of the most influential punk albums of the 2000s. Against Me! obviously didn’t invent folk punk, but they sure helped popularize acoustic guitars at a hell of a lot more punk rock shows. 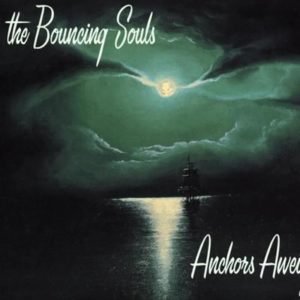 I’m pretty sure the Bouncing Souls never getting credit as one of the best punk bands of the ‘90s and 2000s just makes me love them even more. As a kid who grew up in the peak of skateboarding, nearly every Bouncing Souls album featured at least a handful of skate punk anthems, and they hold up today better than almost anything that was on the Tony Hawk’s Pro Skater soundtracks. Their three-album run of Hopeless Romantic, How I Spent My Summer Vacation, and Anchors Aweighshowed the band’s evolution around the turn of the century, yet nearly every track from all three of those albums could be considered a classic at this point. As for the album specifically, “Night Train” is an absolute jam, “Kids and Heroes” is the kind of singalong punk track that the Souls do better than just about anyone, and all 95 seconds of “Sing Along Forever” will be stuck in my head until I’m dead. 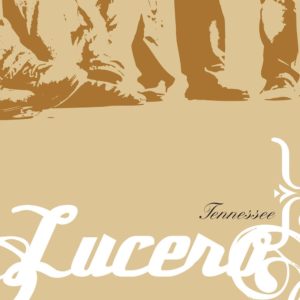 It’s early 2010, and 19-year-old me has just discovered a variety of bands blending folk, Americana, country, and whatever else —all while maintaining whatever it is that has always spoken to me within punk rock. (See Album #3 for how that discovery happened). In a discussion with my only punk rock college baseball teammate about the Gaslight Anthem, he said something along the lines of “Well if you like Gaslight, then you must like Lucero, right?” I’d never even heard of Lucero before, but I had to pretend like I did because I was 19 and needed to act like I knew everything. I didn’t listen to Tennessee first (1372 Overton Parkhad just come out), but every conversation about Lucero eventually ends up getting into how incredible the album is, so it wasn’t long before I checked it out. These days, there’s something about Tennessee that triggers the part of me that’s both thankful for and regretful about the various self-destructive and generally poor decisions I made before the age of 25. It has the same authenticity and unforgettable lyricism that had me initially include Letting Off the Happinessin this spot instead, but Ben Nichols somehow managed to take the emotional depth and storytelling ability that so many people love about Conor Oberst and add a heavy layer of spilled bourbon and peanut shells to the floor holding it up.