This article originally appeared in the March 1995 issue of SPIN.

Just another Friday night in the hard rockin’ territory of New Jersey, with two important differences: (1) I’ve never been here; and (2) it’s the last night of live music at Trenton’s legendary City Gardens. After two hours of turnpike and strip malls, I’m down with rechristening New Jersey the Garbage State. And, from what I’m seeing, City Gardens is going to need one hell of a face-lift to draw as a foofoo discotheque. No matter. Honorary homeboys Dean and Gene Ween have taken the stage with shit-eating grins and the crowd in their pockets. “We’ve played this club like 39 times,” Dean crows, before wrapping a couple of guitar chords around the show’s first inebriating hooks.

Pretty soon the crowd is singing and bopping along: “Mama, if you please, give me a pork roll egg and cheese, pretty please, on a kaiser bun.” And punching their fists in the air to the Sweet-meets-Kiss thrust of “Dr. Rock.” And adding strategic heys to the careening “Vallejo.” Just typical Ween, with the song list jumping genres like some Rock of Ages jukebox. Gene is on the mike, still grinning, his chameleon tenor (and occasional falsetto) capably surfing whatever riff Dean stirs up. “I know what you wanna hear,” he warns during a lull, “you wanna hear ‘Spinal Meningitis.'” Oh yes, I squirm with delight—I do wanna hear a sinuous funk song about a kid weeping for his mommy ’cause his spinal tap is killing him. 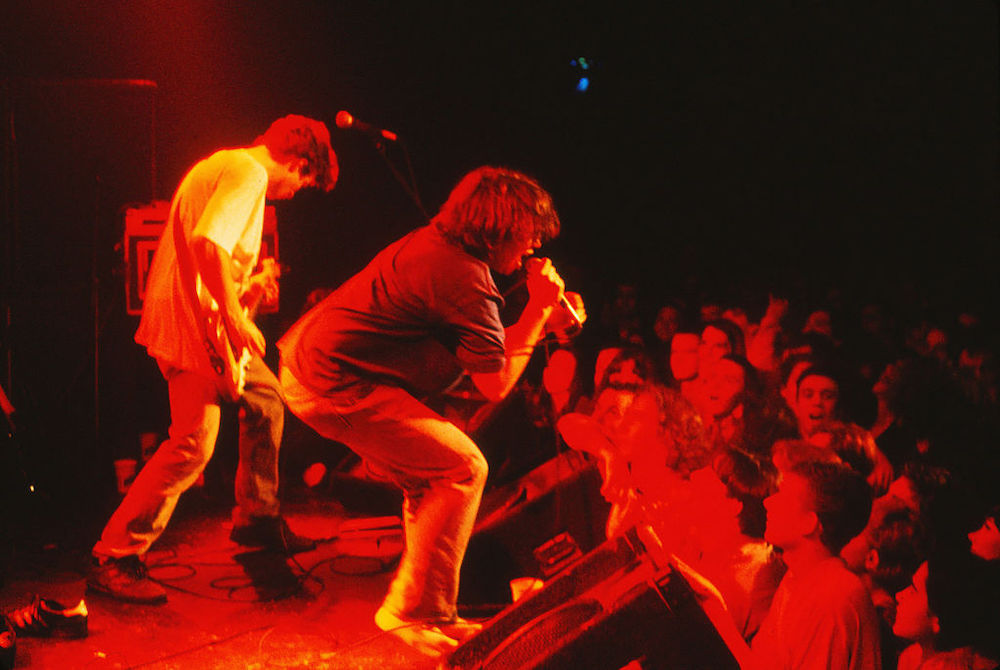 Three days later, I’m sitting in a cheesy diner in otherwise picturesque New Hope, Pennsylvania, where Dean and Gene grew up, and which Dean still calls home. Soft-spoken and only occasionally smartassed, the Ween boys don’t much resemble the sausage-slurping, pantyhose-head retards of their “Push th’ Little Daisies” video—the one Beavis and Butthead ridicule, too dumb to recognize soul brothers. The Weeners (known in another life as Mickey Melchiondo and Aaron Freeman) politely advise me I can get a pork roll, egg, and cheese here at the County Host Diner, on a kaiser bun, no less. I demur; health reasons. Instead, I chow on a big plate of fries. Dean gets a Texas Tommie: a wiener swathed in cheese and swaddled in bacon. Both guys get sides of cottage cheese. (I sense a theme developing.) 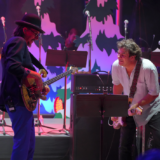 Our initial topic: a tear of nostalgia for City Gardens. Ween first played the club as support for the Butthole Surfers. It was ’85 or ’86—Ween is not good on years, says Dean, and it’s no wonder, since they were all of 16 or 17 at the time. I ask for their worst memory of the joint. “That’s pretty easy,” Gene smiles gently. “We opened for Fugazi in front of hundreds and hundreds of mad, raving skinheads. We were going through a highly experimental drug phase, so we were wacked out on mushrooms or something, and playing new songs. And they just hated us completely, and screamed at us the entire time. Threw gum in my hair, spit at us…”

“Thing is, though, we were totally kicking ass. We were so good that night. It’s one of our best live tapes.”

At the time and for much of their existence, Ween onstage was a streamlined trio—Dean, Gene, and Tape Deck. These days, of course, the man and machine shtick has become terminally cool, what with your Godfleshes and Nine Inch Nails (of whom Dean nicely notes: “I have full respect for the bad Goth-rock people”). After the release of their chock-full-o-nuts fourth album Chocolate and Cheese, Ween hit the road as a four piece, intent on stretching the classic band setup.

“With a band,” says Gene, snarfing cottage cheese, “there’s more freedom. We can jam as long as we want. We can play for three and a half hours a night, if we want to.”

I sigh. I know they want to. 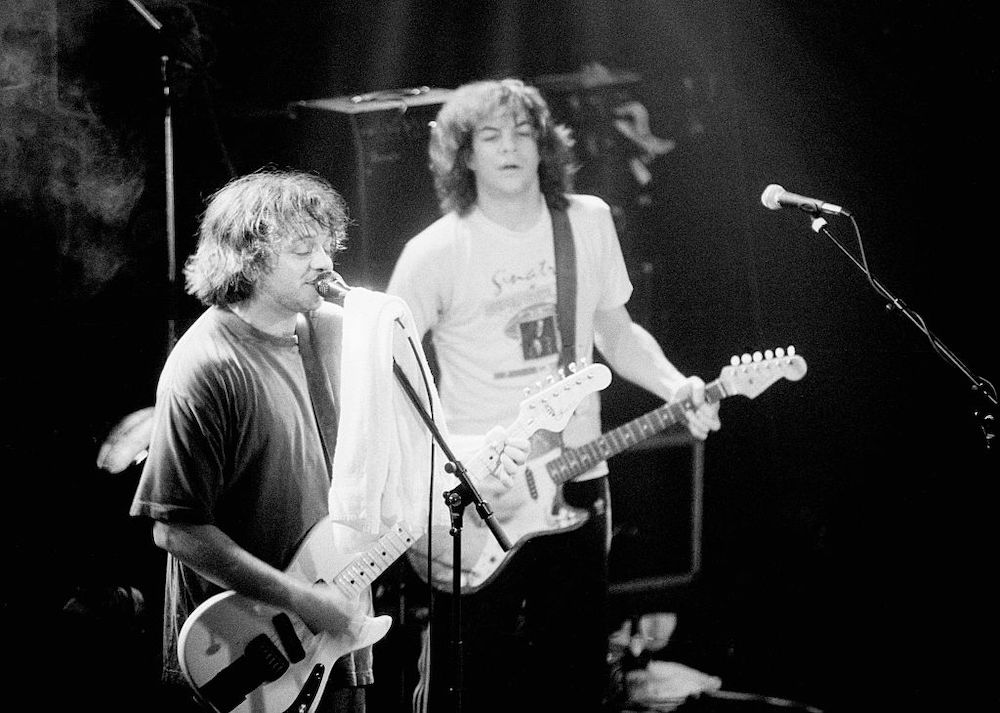 “When we had the tape deck, we talked a hell of a lot more,” adds Dean, “’cause there was no show. The show was the fact that it was just the two of us standing there. With the band, we’re getting into playing. It’s a trade-off. Right now, I like playing with the band, ’cause it’s getting better and better. Our band is, what, only like…”

“Six months old,” Gene finishes. “Even though we’re Ween, it’s still a brand new band. As much as we have it together, it wouldn’t be together at all unless the four of us could get it together.”

Hmmm…Ween logic. All I know is that their elasticafunk “Shockadelica” cover-orgy “L.M.L.Y.P.” (translated: ‘Let me lick your pussy”) now undulates a good 30 minutes or more, and has been suspected of dipping into the Allman Brothers’ wank-feast “Jessica.” Which can be blissful I admit, but is it progress? Is it punk rock? First, we have to fix our terms: What’s “wheedla” (i.e.. guitar noodling) on the West Coast is “whiddla whiddla” out here.

“Unless it’s East Bay Ray of the Dead Kennedys,” Dean qualifies, “but then he was a whole different thing. Johnny Ramone, on the other hand, never played solos. Ever.”

“I remember when Deaner went to whiddla lessons, back in ’84.”

So how does Santana fit in to that? I ask slyly, having heard a rumor.

Gene ducks for cover. “He’s the man to ask for Santana. I don’t listen to ’em much.”

(3) Candlebox. Says Dean: “Imagine your kid in the year 2015 going through your records and finding the Candlebox record. What’s he gonna say?”

(2) Talking shit about Candlebox. “I’m in this new phase,” continues Dean, “where I don’t want to talk shit about anybody else’s group. Because in time you will come face to face with the guy from Candlebox, and you’ll have to kick his ass. Or not. I’m not much of a fighter.”