HARDFEST 2021 happened this weekend for the first time in two years, with an expanded venue size and a stacked lineup of electronic, rap and pop acts. The most important thing to note was that all sets had exceptional sound quality and the acts delivered their performances to bustling crowds filled with totems, dancing and spray-bottles. The HARD fairgrounds are completely made up of black-top and the grounds were well-organized with water stations, AstroTurf rest areas, colorful lights, food trucks, and even several “vaccination stations.” The infamous San Bernardino heat became manageable after 5 PM and even comfortable after sundown. Overall, the entire production was well-executed and the experience of grateful, exuberant fans filling the fairgrounds for the debut of HARD Summer at the NOS Events Center was an ethereal and much-anticipated event for everyone.

Wax Motif has definitely been making himself into a household name over the past few years through his high-energy bass house originals and remixes, as well as his new record label Divided Souls, so he was a must-see for lots of people attending HARD Summer. Right off the bat, he came out swinging with fireworks and bass house heaters to a massive crowd packing the HARDer Stage all the way to the back. With the sweltering heat that plagued the grounds all day, crowds were low energy, but with the slight shade covering over the HARDer stage, they instantly woke up once Wax took the stage. The highlight of the set was when he played his 2020 bass house hit “Keep Raving” with fireworks and pyro galore — because we were, in fact, now outside raving.

Phantoms have really started to make a name for themselves over the past few years with their electro-pop singles and albums, and it’s been great to see them really flourishing on the festival circuit. The Saturday midday set was a treat to old and new fans, because it was a DJ set — which have only been done on rare circumstances. Attendees at this set were blessed by their well-known singles such as “One In A Million” while also grooving down to some tech house and throwback songs like “D.A.R.E” by Gorillaz & Jamie XX’s remix of “On Hold.” To end the set, they dropped an unreleased disco house track off of their upcoming album that exudes summer beach vibes, putting a huge smile on many attendees.

Jauz is, to say the least, a fan favorite at HARD Summer. After coming off his first American performance since the beginning of the COVID-19 pandemic at Lollapalooza the day before, he was ready to give everything he could give to the hungry crowd at HARD Summer. He introduced his set with a buildup, welcoming the eager crowd back with the repeating line “It feels so good to be back” brightening the screens, then immediately went off the deep end with lots of intriguing deep house, including his 2017 classic “The Game” and his remix of Riff Raff’s “Tip Toe Wing In My Jawwdinz.” With a fast-paced set, he managed to throw in a ton of crowd favorite a capellas including Jack Harlow’s “What’s Poppin” and Kanye West’s “All Day.” From there, he managed to go over to his heavier side, throwing down energetic dubstep tunes like his Zeds Dead collaboration “Shake,” his remix of Knife Party’s “Plur Police,” and his new remix of “Clear” by HAYZ. To end his set, he slowed down and dabbled into his more dubstep side, blessing the crowd with SHAED’s remix of “Trampoline.” To show all of the range that Jauz brought to the table, he also blew the crowd away with a remix of Franz Ferdinand’s “Take Me Out,” where Jauz recorded himself playing the guitar on the song before building up into a drop his signature flair. 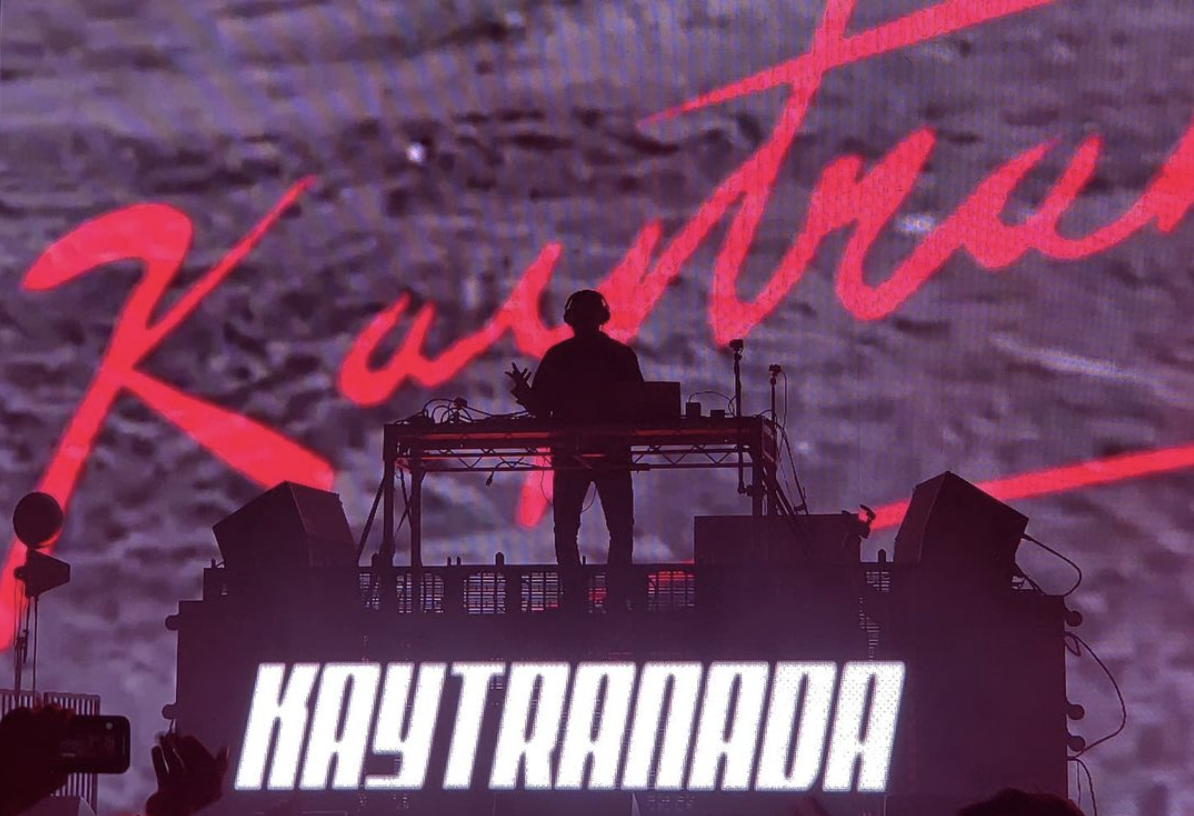 When Grammy-winning producer Kaytranada was announced to play his second HARD Summer this year, there was a mix of excited fans and very intrigued festival goers ready to see what he’s all about. The set was sure to be a drastic difference from the rest of the diverse lineup, as well as a great time for any dance music or hip-hop fanatic. The production and sound was on point for Kaytranada at the PURPLE Stage. Starting off the set with “Track Uno,” the crowd was immediately put in a trance by his groovy beats, thus setting the vibe for the rest of the set. Fans of Kaytranada heard tunes from both Bubba and 99.9%, including “Leave Me Alone,” “Vivid Dream,” “10%,” and “Gray Area.” With his soulful transitions, it was great to hear lesser-known tracks like his remix of Kelela’s “Waiting” and Arika Bambaataa’s remix of “Planet Rock,” which provided some needed fireworks for the euphoric crowd. Overall, the highlights of the set were the live outro of “Together” that had the crowd breaking down in unison and ending his set with his show-stopping remix of Janet Jackson’s “If” that pleased everyone who had just danced their hearts out for the past hour.

Elohim’s performance on Sunday proved why she is referred to as “the entire package.” Coming off of a Friday performance and a subsequent Saturday set at Lollapalooza in Chicago, Elohim brought the energy on the third night at the NOS Events Center. The set started slow, with mellow energy that diverged into sinusoidal trance music with multiple hypnotic flows. During the last ten minutes of her set, she picked up the pace and began to sing in her angelic high-notes — dancing in tandem with a video of herself on the big screen to her melodic, creeping music. In one of her final songs, she paid tribute to Peaches and several drag queens by including visuals and samples of their songs in her set. Overall, it was an extremely strong third performance from Elohim’s busy weekend that proved her endurance and commitment to live music. 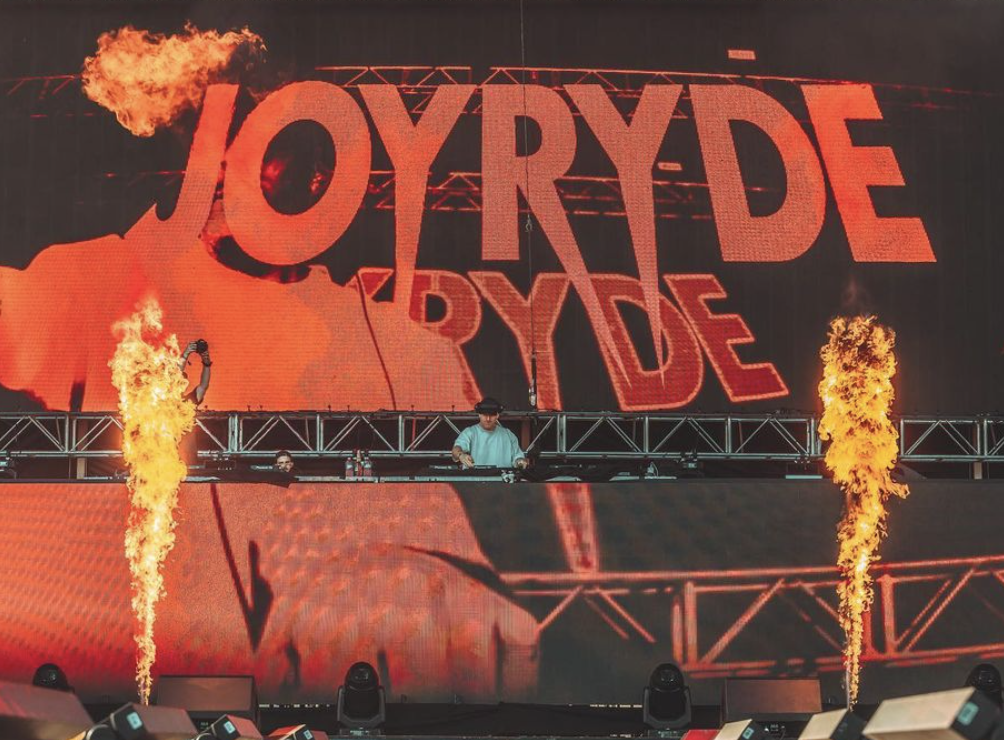 JOYRYDE was the kind of set only done justice by being in the thick of the crowd. The energetic, skip-track artist placed a focus on audience engagement that nearly matched the hype of the music itself. The crowded HARD Stage pulsed with ecstatic fans as the set switched between funkadelic, hip-hop and classic dubstep samples while the cameras reflected the crowd back on to the big screens. JOYRYDE’s well-paced set was seamless and unique, because it relied on a constant build on itself, rather than intervals and drops. The set came to a head when JOYRYDE brought out Mika Means, who took the stage to dance and sing in the finale of one of the strongest sets of the weekend.

In a whirlwind of fireworks and matching pink Fendi outfits, Cray and GG Magree took the stage for the first time together as BAD BOYS CLUB after flying in from London for their debut set. The pair met in Belize, and their undeniable chemistry compelled them to make music together. Inlaid in the NOS Events Center Stadium and surrounded by cool misters and mesh coverage, GREEN Stage arguably had the best layout at HARD and was the perfect placement for the pair’s daytime set . They brought a mix of house, metal, and personality with a high-vibrational set that employed vocal chop-ups, heavy bass, and metallic record-scratch high notes. BAD BOYS CLUB was a straightforward, familiar bass house set that fans have come to know and love, and was very much welcomed as a part of the weekend. 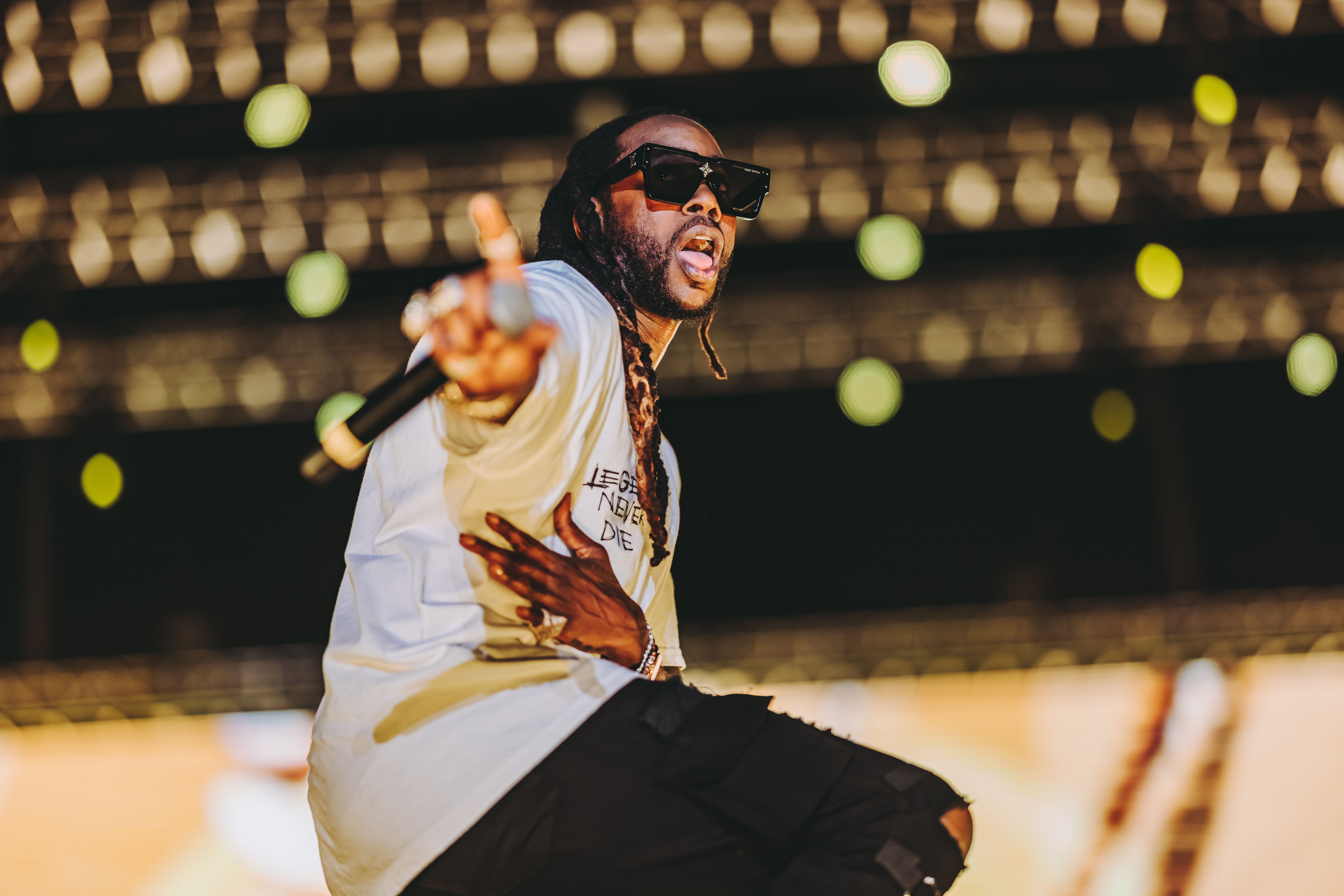 2 Chainz came to the HARD stage and performed all of his classics from over a decade of being at the top of the industry. He delivered his lyrics with the easygoing, fluid movement and swagger of an established and confident artist. 2 Chainz let each beat lead-in long before he started rapping to build the anticipation for his beloved tunes like “Birthday Song” and “It’s a Vibe.” Unsurprisingly, 2 Chainz also served as a comedian on stage, claiming “Stop throwing your weed onstage. I don’t care if Snoop himself grew it. I have my own in the back. But you can light one with me”. In a tribute to his fans, and the history of HARD Summer, 2 Chainz sampled electronic music and performed a wildly satisfying and fun set to be at this weekend.

Check out the full gallery of all the artists we caught up with at HARD SUMMER 2021 here.