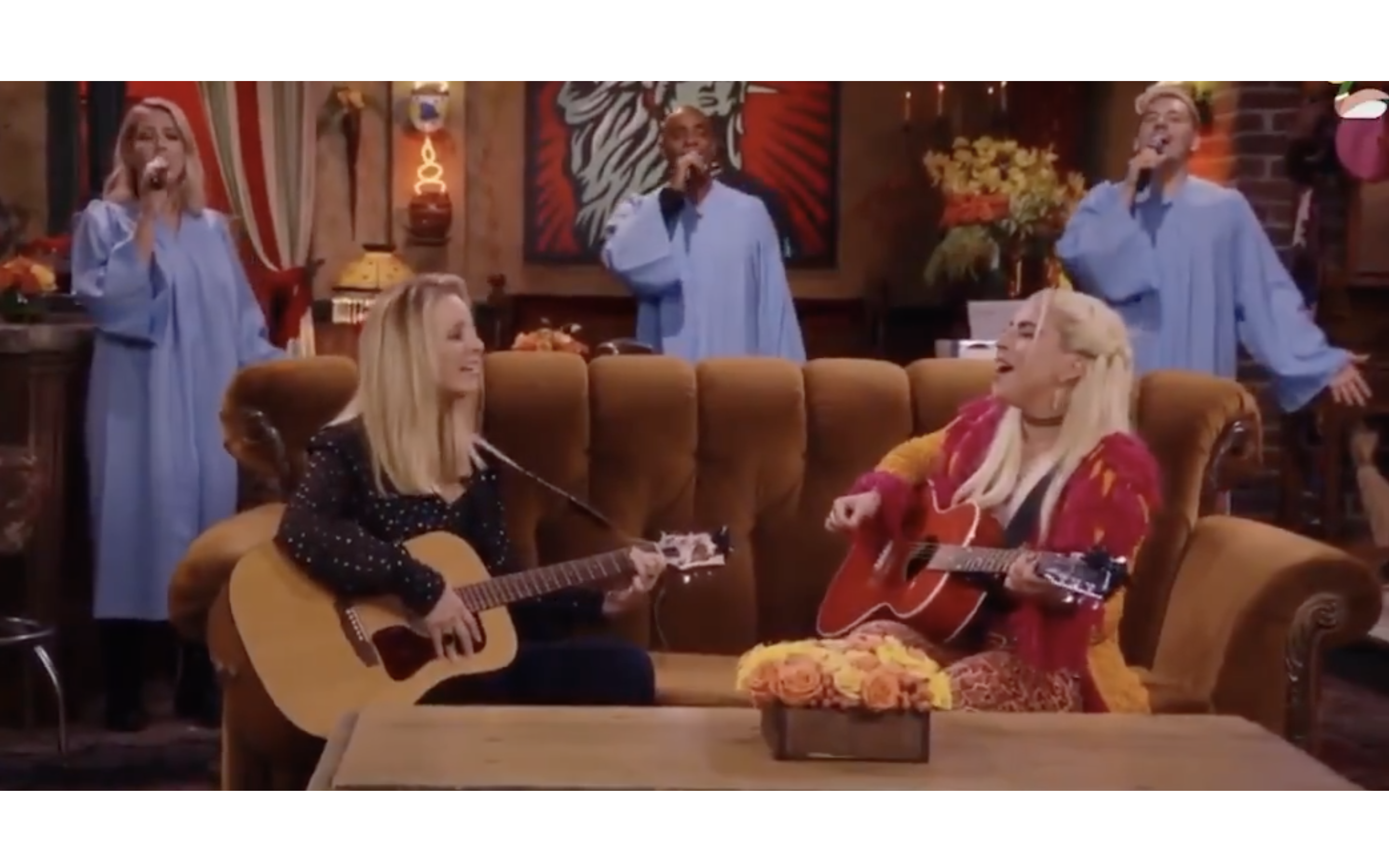 People missed their Friends during the pandemic, and thanks to HBO Max it’s reunion time, and new “friend,” Lady Gaga and her acoustic guitar joined Lisa Kudrow, who played Phoebe Buffay, for a version of “Smelly Cat.”

Kudrow’s beloved blonde character first sang “Smelly Cat” on a 1995 episode of Friends, and the song made a few appearances on the show, achieving oddball icon status. Kudrow and Taylor Swift sang it together at one of Swift’s 2015 concerts in Los Angeles’ Staples Center.

Check out the “Smelly” fun below.

The special has James Corden interviewing the show’s cast on a recreated version of the Friends set. Guests popped by; BTS, for instance, joined to wax ecstatic about their Friends fandom, while Justin Bieber wordlessly modeled Ross’ Spudnik costume during a fashion-show segment.

Other fun news is emerging from the reunion, including that “Ross and Rachel,” aka David Schwimmer and Jennifer Aniston had real-life crushes on each other.