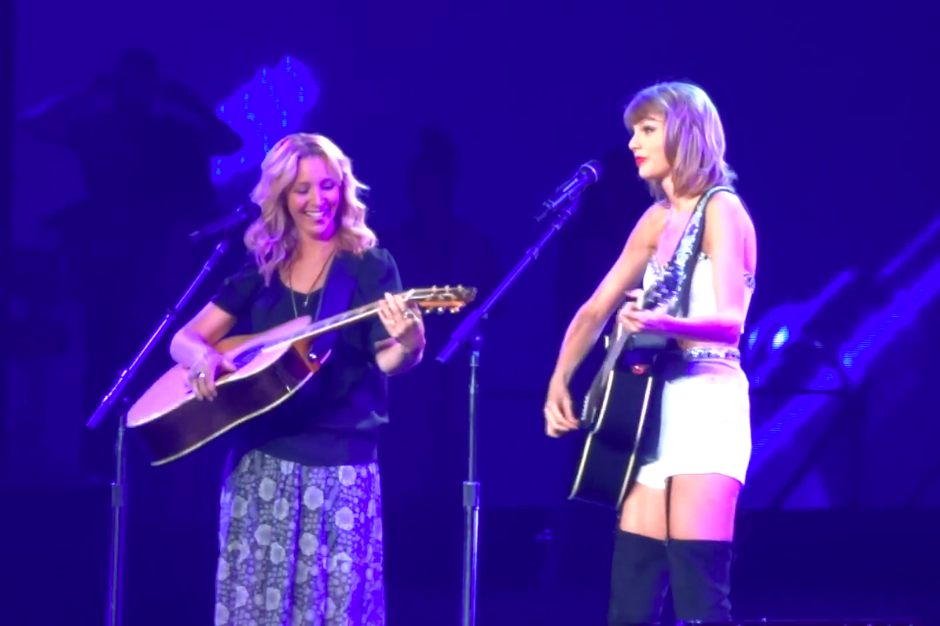 For her fifth and final night of residence at the Staples Center in Los Angeles — a stay so preposterously star-studded that the cavalcade of cameos has become a meme unto itself — Taylor Swift ended this leg of the 1989 World Tour with a trio of special guests.

Longtime bud Selena Gomez was probably the least surprising walk-on, doing her current top-ten hit “Good for You” — which apparently, Gomez had “never performed [in front of] a live audience before tonight.” Justin Timberlake was probably the biggest name, introduced by Swift as her “favorite artist” and “one of the greatest artists of our generation,” singing his 2013 smash “Mirrors.” But the most gleeful response was probably for ’90s TV star Lisa Kudrow, in character as Phoebe from Friends to duet with Taylor on her signature number, “Smelly Cat,” complete with Kudrow correcting her costar’s rendition, as she once did with Chrissie Hynde.

Watch the trio of clips below, and say goodbye to Hollywood.