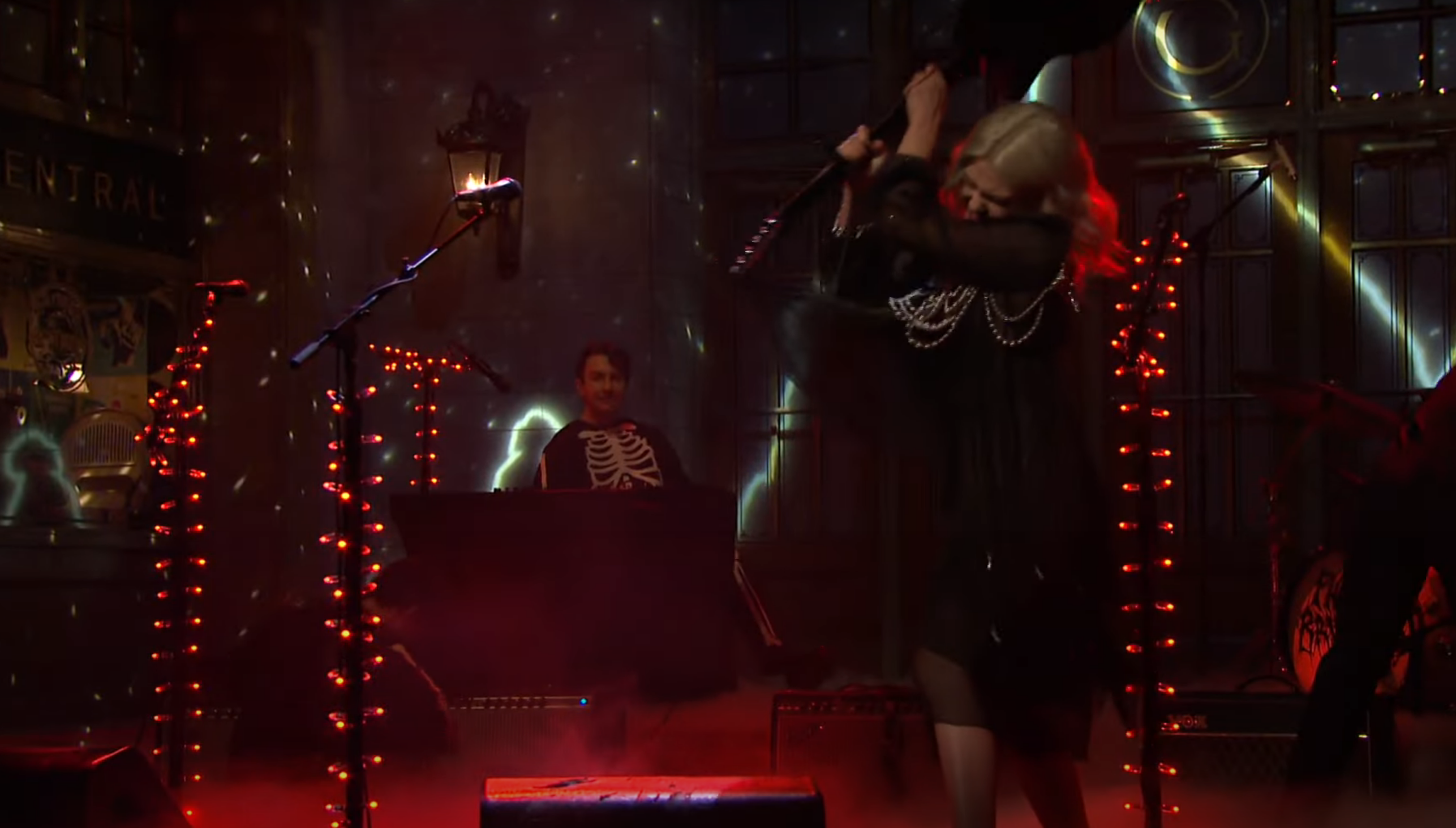 Phoebe Bridgers’ bucket-list act that upset guitarists around the world, specifically David Crosby, can now be yours to memorialize. That’s right, you could own her Danelectro Dano ’56 baritone (a large piece of it, that is).

The Gay & Lesbian Alliance Against Defamation (GLAAD) organized the auction to coincide with their 32nd annual Media Awards. Bidding is open until April 11, 11:59 a.m. EDT at increments of $500. Currently, the offer stands at $6500 but the listed value of the guitar is “priceless,” so why stop there?

Check out the auction and make your bid here.

It’s still up for debate why members of the music community are so upset by Bridgers’ enthusiastic ending to her performance of “I Know The End.” Some say she shouldn’t have smashed her guitar in the first place while others argue she didn’t smash it hard enough to do the act justice. By the looks of it, both Bridgers and GLAAD could care less.

As mentioned, Crosby was not a big fan of Bridgers after the incident and posted a tweet calling the act “childish stage drama.” To that attack, Bridgers’ carefully curated response was simply “little bitch.”

What she lacks in support from Crosby, she makes up for with Dave Grohl’s enthusiasm; he loved the performance. Reflecting on his own stage antics with Nirvana and the Foo Fighters he was happy to see that rock lives on in Bridgers.