The previous statement from 'Moz' was actually by his manager 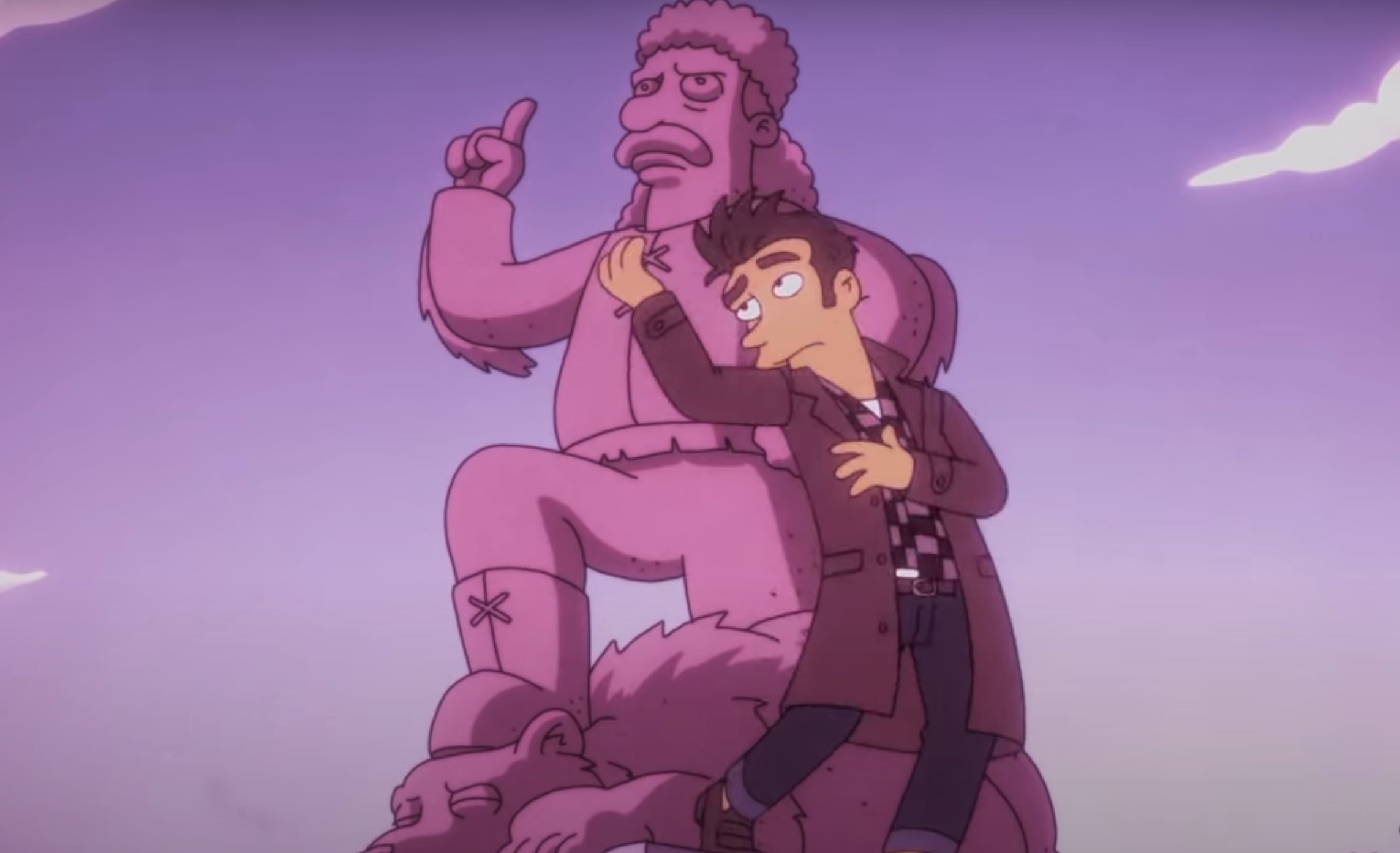 After last night’s episode of The Simpsons, Morrissey’s official social media accounts put out a statement criticizing the show’s depiction of the aging crooner and a parody version of The Smiths. As it turned out, the statement was from Morrissey’s manager (which brought about another statement) and brought more attention to the legendary cartoon than it’s likely received in years.

Now, Moz is back with another official statement — with this one seemingly coming from the man himself.

“The hatred shown towards me from the creators of The Simpsons is obviously a taunting lawsuit, but one that requires more funding than I could possibly muster in order to make a challenge,” the statement says. “Neither do I have a determined business squad of legal practitioners ready to pounce.”

Aside from apparently being too poor to chase a lawsuit, the lengthy statement goes on to complain about a number of other topics — including gems like “Writing for The Simpsons, for example, evidently requires only complete ignorance” and “This battle fatigue I face alone.”

Is Morrissey really so broke that he can’t afford a decent lawyer? Does he just not understand the legal system when it comes to satire? Is he just doing his usual thing and loudly whining without fixing anything? More importantly, how does Johnny Marr feel about it? Regardless, it’s Moz being Moz.

Check out the full statement below.

This is my first comment (and hopefully my last) on The Simpsons‘ episode — which I know has enraged many people. The hatred shown towards me from the creators of The Simpsons is obviously a taunting lawsuit, but one that requires more funding than I could possibly muster in order to make a challenge. Neither do I have a determined business squad of legal practitioners ready to pounce. I think this is generally understood and is the reason why I am so carelessly and noisily attacked. You are especially despised if your music affects people in a strong and beautiful way, since music is no longer required to. In fact, the worst thing you can do in 2021 is to lend a bit of strength to the lives of others. There is no place in modern music for anyone with strong emotions. Limitations have been placed on art, and no label will sign an artist who might answer back. Anyway, forgive me, we all know this because we can see how music — and the world in general, has become a mesmerizing mess, and we must let it go spinning along unbearably because free speech no longer exists. We all know this. In my case, nothing about my life has ever been matter-of-fact; nothing about my songs has ever been matter-of-fact … so why would they now be? Since my very first interview several decades ago I have lived with horrible accusations to such a degree that it is generally understood that “this is how we write about Morrissey.” In other words, I’m quite used to it. I’ve had enough horror thrown at me that would kill off a herd of bison. Accusations usually come from someone with a crazed desire for importance; they don’t operate at a very high level. Writing for The Simpsons, for example, evidently requires only complete ignorance. But all of these things are too easy for me to say. In a world obsessed with Hate Laws, there are none that protect me. Often, the scandal sheets (do we STILL refer to them as “news” papers?) attempt to psychologically wound an artist, and then, hopefully stir up enough hatred against that artist so that s/he is physically wounded. False theories of race are now the most common (and boring) aspect of all criticism, and will continue to be so until accusations of racism are in themselves illicit. I have watched “Smiths fans” being attacked by the UK press on the grounds that “Smiths fans” are too backward to understand the person that I am; I have watched the modern Morrissey audience be ridiculed by the UK press with the belief that they, too, couldn’t possibly know who I am, and I have lost several high-profile friends because they could no longer live with the night and day harassment from British journalists who are suicidally anguished because they cannot urge the people around me to drum up tell-tale incidents of racism. This battle fatigue I face alone, although I am very grateful to the writer Fiona Dodwell for her eloquent appraisals of the victimization that now automatically associates with my name, and on which The Simpsons latest episode feasts.People continually ask me why I do not retaliate — especially following the Sky Sports open slander. The answer is explained in the first few lines of this comment. Life is difficult and you must face it on your own, and even with the impossible-to-imagine legal artillery, everything can be repaired … except the human heart.It is easier for me not to go on. You know I couldn’t last.

If that’s not enough, his manager Peter Katsis, issued another statement, which you can see below.