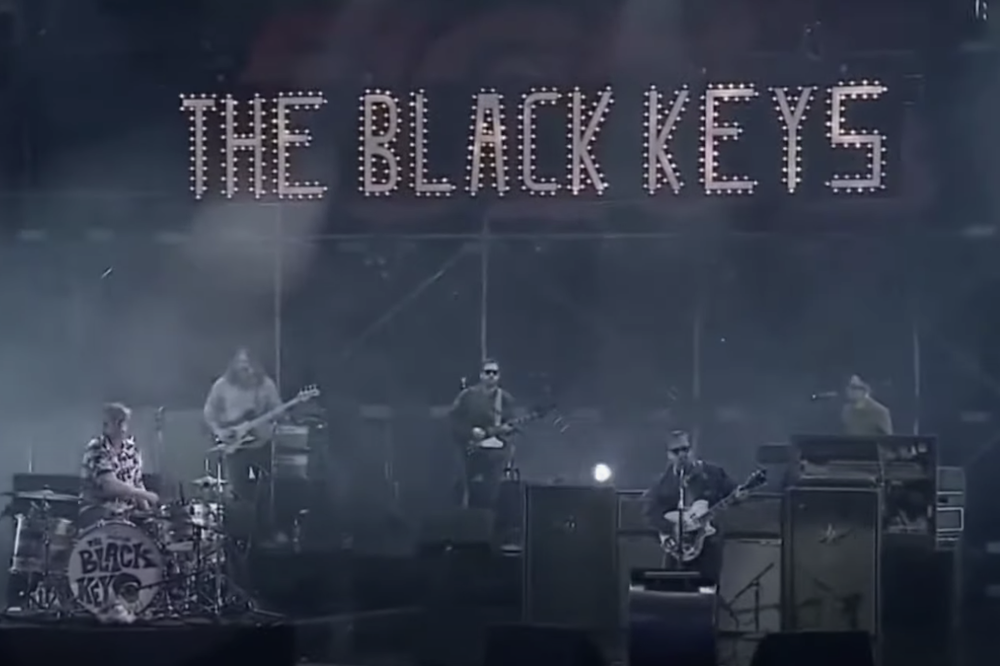 The Black Keys made their return to the stage for the first time since January 2020 last night during the Triller Fight Club event in Atlanta that saw YouTuber Jake Paul knock out MMA fighter Ben Askren in the first round.

Joined by a backing band, Dan Auerbach and Patrick Carney dusted off some of their biggest hits during the four-song set. They kicked off the 15-minute concert with their Attack & Release hit “I Got Mine,” and followed it up with Brothers’ “Howlin’ for You,” along with  “Gold on the Ceiling” and “Lonely Boy” off of 2011’s El Camino.

Watch the full concert below.

“Kingsnake” is a cover of the 1920s Delta blues song, “Crawling King Snake.” It was famously covered by John Lee Hooker in 1949, who reimagined Big Joe Williams’ country-blues version from 1941.

“I first heard [John Lee] Hooker’s version in high school,” Auerbach said in a statement. “My uncle Tim would have given me that record. But our version is definitely Junior Kimbrough’s take on it. It’s almost a disco riff!”

“We fell into this drum intro; it’s kind of accidental,” Carney added. “The ultimate goal was to highlight the interplay between the guitars. My role with Eric [Deaton] was to create a deeper groove.”

Delta Kream is slated for a May 14 release and can be pre-ordered here.