The streaming giants are already planning their next expansion. 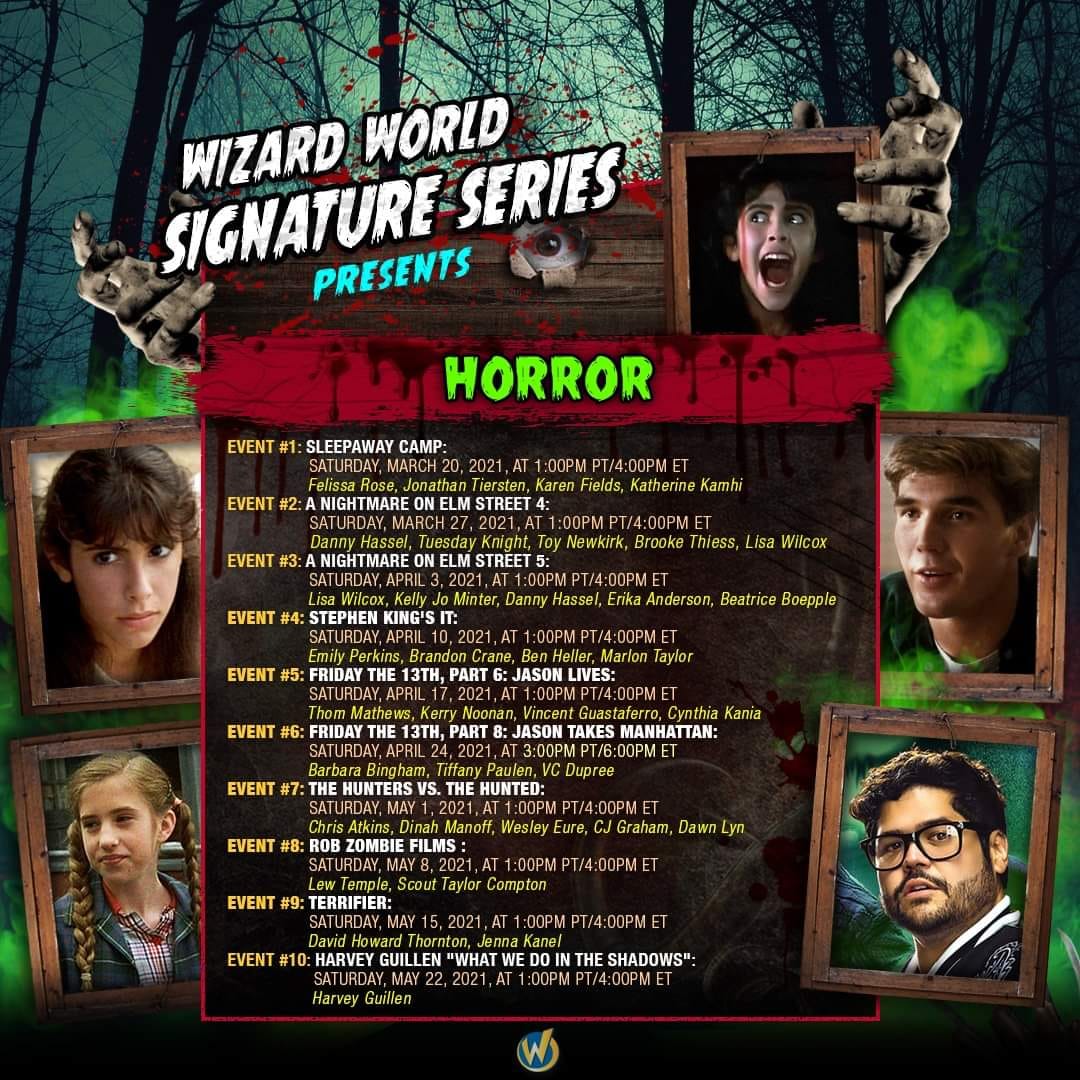 In 2020, when live events shut down, Wizard World nimbly pivoted to a live streaming model – bringing their fans into the world of virtual super heroes, villains and scream queens.  In 2021, they’re upping the game for audiences who consume at-home entertainment. With the unveiling of Wizard World’s new Signature Series, the brand is poised to build on this destination as the go-to source for a wide array of unique, compelling streamable content.

The wealth of livestream opportunities emerged as a happy coincidence for Wizard World, which was in the early stages of bringing live-streamed footage to in-person events at conventions like Comic-Con.

“Our last live event was in March of 2020, and we had our first virtual events less than two weeks later,” Wizard World CEO Scott Kaufman said. “That’s an amazing testament to the energy and devotion of our team.”

Building on their success with the live-stream model, Wizard World saw a key opportunity to grow their avid fanbase with the launch of the Signature Series.

“Up until November and December of 2020, all of our shows were stand-alone events,” Kaufman explained. “We would bring talent online and create a community where our fans could interact with the talent, but each event was unrelated. We had the inspiration to bring 10 related events together and put them together as a package. That’s how the Wizard World Signature Series was born.”

Wizard World plans to target a wide spectrum of affinity groups focusing on popular subjects. The Wizard World Signature Series both underscores the importance of affinity groups and offers fans a way to connect with each other in their shared love for specific topics as well as with the primary talent and influencers in those areas.

When artists tour live, they can only access a limited number of fans at any given location. Through these livestreams, hosts can interact with fans throughout the world at the same time. With a potentially global audience, Kaufman believes the next step is to reach out towards other “fandoms.” Although their current focus is solely on horror or comic-based streams, Wizard will soon tap into thriving markets like fishing, music, and sports. As the CEO explains, “The technology itself puts virtually no limits on what we can showcase and who we can reach.”

Wizard World’s Signature Series technology has inspired the company to expand its scope. The popular NFT trend is on the near horizon for the brand, which makes sense given the company’s 25 years’ worth of memorabilia, footage, and behind-the-scenes experience.

“We’re not making something appear out of thin air, because we already have the proof of concept,” Kaufman said of NFTs. “We have the footage, and we have the assets. Now, our fans can own authenticated one-of-a-kind artifacts.”

While the scope of Wizard World’s NFT foray is currently evolving, Kaufman and the company are excited to implement the Signature Series technology to enhance the fan experience even further. By joining a Signature Series, you can interact with message boards, the talent, and soon be able to purchase a unique NFT from your favorite event.