They also performed "Making a Fire" off 'Medicine at Midnight' 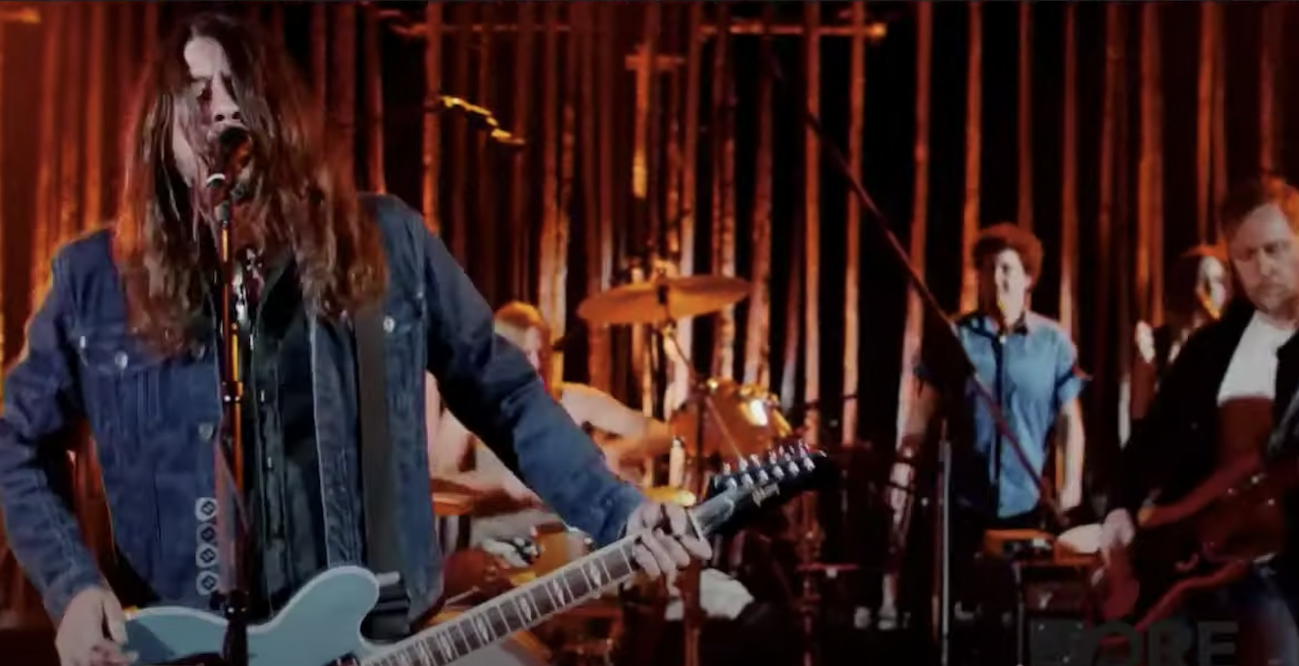 Foo Fighters joined a large list of bands performing to raise money for vaccination efforts in Los Angeles over the weekend during Linda Perry’s two-day Rock-N-Relief benefit livestream. The band began their pre-recorded set with “Making a Fire” off their recently released album, Medicine at Midnight, and then turned the stage into a disco with a cover of Andy Gibb’s “Shadow Dancing,” led by drummer Taylor Hawkins.

Watch the second day of the benefit below. The Foos’ set begins around the 5:40:00 mark.

The performance marks the second time Dave Grohl and company have paid tribute to the Gibb brothers in the span of a month. In February, they covered the Bee Gees’ “You Should Be Dancing” during a visit to Jo Wiley’s Sofa Sessions on BBC Radio 2.