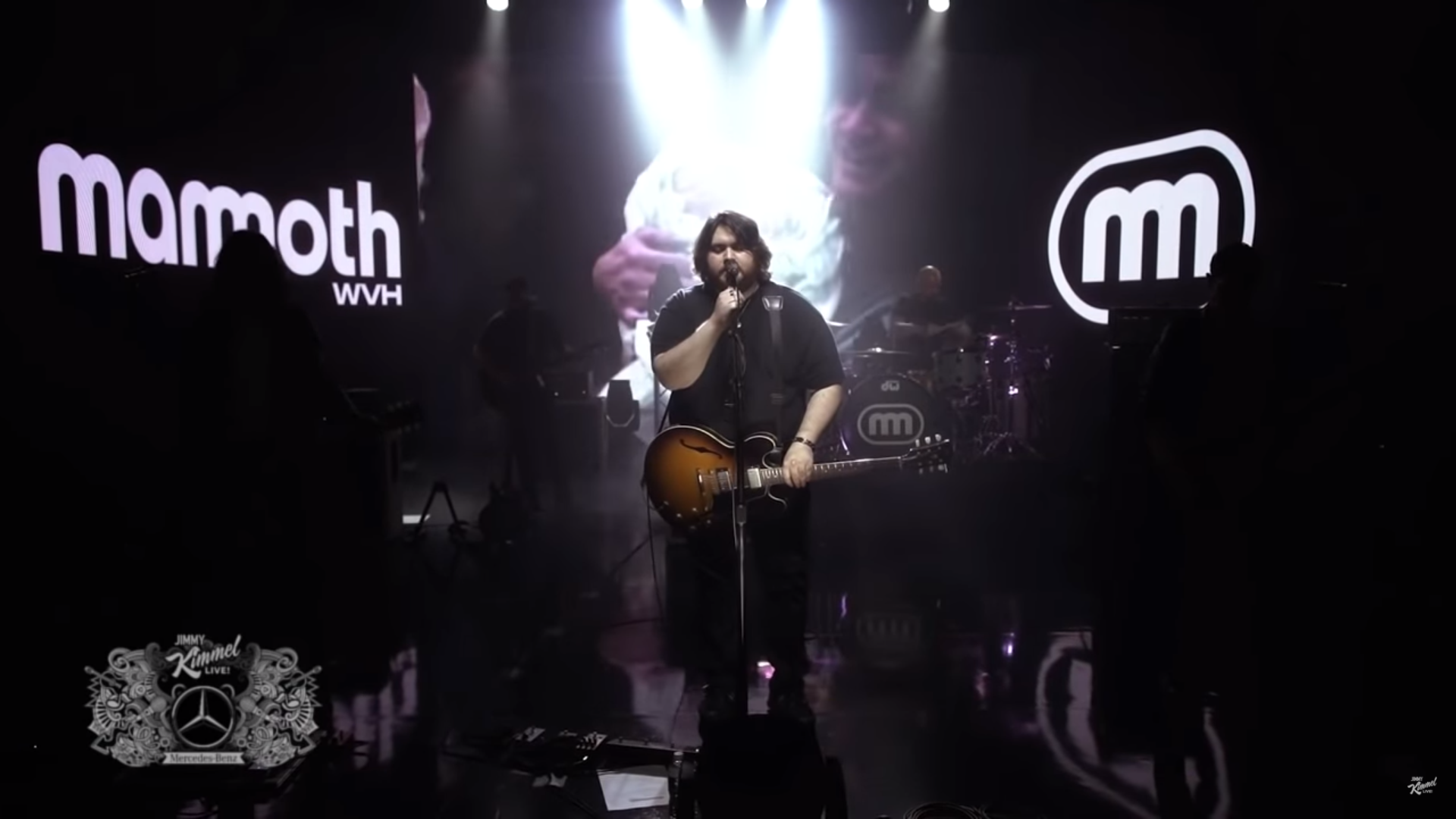 Wolfgang Van Halen and his Mammoth WVH band performed on Jimmy Kimmel Live on Thursday (Feb. 11) playing tribute  to his late father Eddie Van Halen with the emotive hit single, “Distance.” The tune was written when Eddie was fighting cancer and Wolfgang was “imagining what my life would be without him and how terribly I’d miss him.”

This followed the announcement of the Mammoth WVH self-titled debut album, which “Distance” will appear on. Proceeds from that song will go to Mr. Holland’s Opus Foundation, Eddie’s favorite charity.

“The name Mammoth is really special to me,” Wolfgang Van Halen said in a statement about the album. “Not only was it the name of Van Halen before it became Van Halen, but my father was also the lead singer. Ever since my dad told me this, I always thought that when I grew up, I’d call my own band Mammoth, because I loved the name so much.”

Eddie Van Halen passed away in October 2020 after a long battle with cancer. But he was very much aware of his son’s musical accomplishments. “I’m so thankful that my father was able to listen to and enjoy the music I made. Nothing made me happier than seeing how proud he was that I was continuing the family legacy,” said Wolf.

Check out Mammoth WVH in their debut late-night performance below.