The Pretty Reckless singer Taylor Momsen is now is 27 but was 25 when she wrote a reckoning in the semi-autobiographical “25.” The song appears on Death By Rock and Roll, the band’s fourth record. The LP is a stunner; a dozen stellar songs that are at once reverential, referential and intensely personal.

In the past four years, Momsen lost two hugely important people in her life. In 2017, Chris Cornell died by suicide, and not long after, her musical mentor and best friend Kato Khandwala died in a motorcycle crash. Understandably, Momsen was devastated. Thanks in no small part to the catharsis of music, the age of 27 seems to be a renewal, as she exorcises her pain in Death By Rock and Roll. The Pretty Reckless’ best album to date, the passion and pain are palpable in both music and lyrics. The plaintive “Got So High” could be an alt-rock chart-topper, in wonderful contrast to the raw rallying cry and aggressive gutter-rock feel of the title track. She moves easily from the quirky cinematic moment of “Broomsticks” into the fiery, feminist coven-call that is “Witches Burn.”

Speaking from her pandemic hideout in Maine, Momsen isn’t on the other side of the grieving process.

She wallowed, but ultimately her instinct for self-preservation kicked in. As did a worldwide pandemic. Masking up is nothing new for Momsen, who calls herself “a super hypochondriac” who hasn’t left her house since March.

“Even before COVID, I was strict. It probably stems from being a singer and not wanting to get sick on tour, because you never fully recover. So [I always flew wearing] masks,” Momsen says.

Though she’s healthy, and it’s probably not an exaggeration to say that, emotionally, Momsen was saved by rock and roll. “I keep just sticking to the word rebirth,” she says. “I know it sounds cliché, but it really does feel like that for the band.” 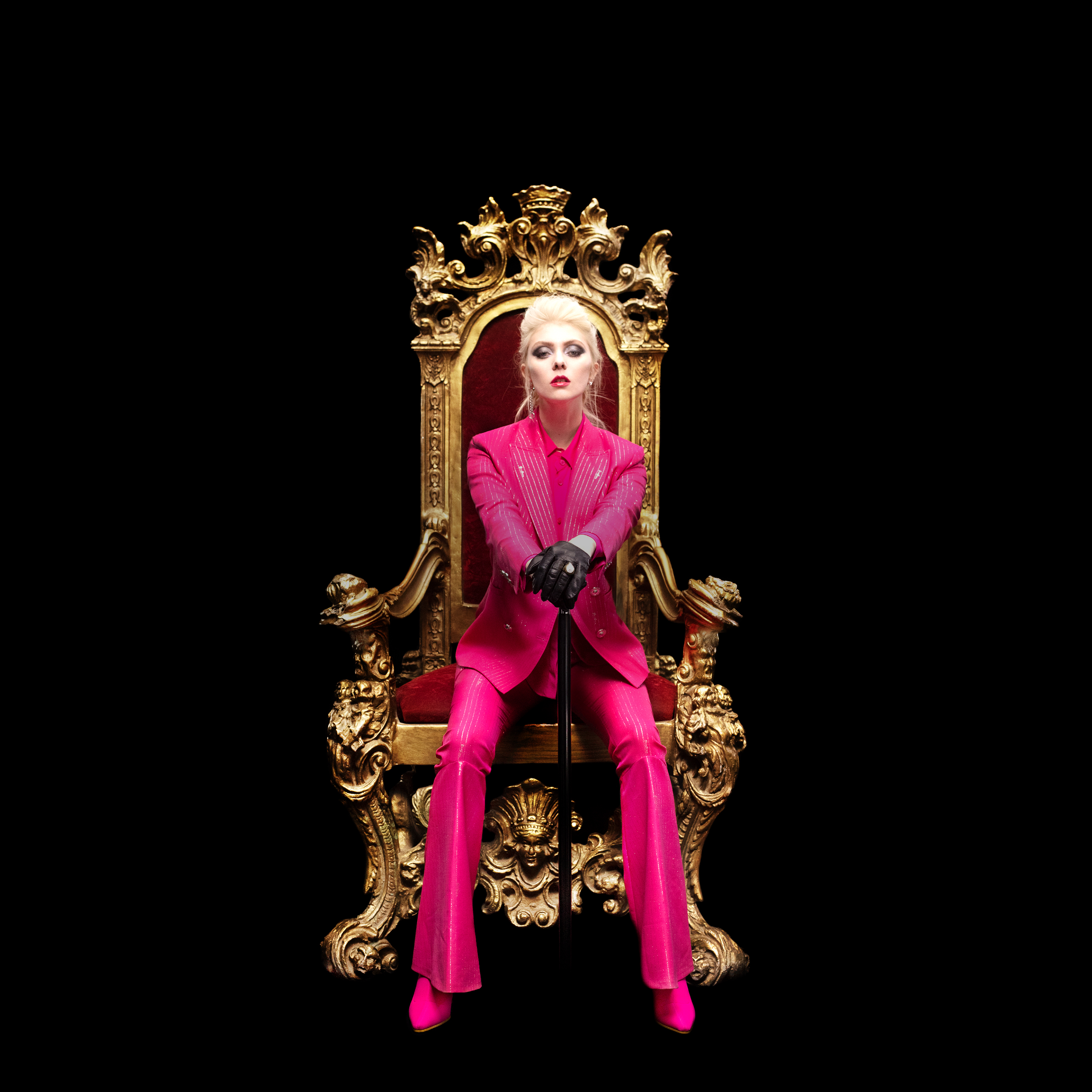 While the songs are truthful, sometimes sad, always powerful, they’re never a pity party. “I keep trying to want to put a positive spin on it because I don’t want it to be this representation of this very morbid thing,” Momsen says. The concept behind Death By Rock & Roll is a positive rallying crying, something a band might shout together before going on stage. “It’s an ethic that we live our life by; go out your own way, rock and roll till I die,” she continues. “Don’t let anyone tell me differently.”

The phrase “death by rock and roll” was coined as the band’s de facto motto by Khandwala, which made it an appropriate choice for the album title. The band’s friend, producer and touchstone, Khandwala died in 2018 at the age of 47. He was with The Pretty Reckless from 2010’s Light Me Up to 2014’s Going To Hell and 2016’s Who You Selling For.

Khandwala’s memory bookends the album: A recording of his actual footsteps on a wooden floor begins the record, and the final song is the poignant tribute “Harley Darling,” a stellar ballad that could be a hit on Americana/country radio. If the only way around something is through it, Momsen dove in headfirst, putting all her angst, love, sadness and power into the songs.

“The record delves into a lot of darkness and a lot of sadness. There was no way around that as a writer. And as a person. It just became so a part of who I was that I couldn’t avoid it. But I think by writing it and getting it out, that was a huge part of the healing process.”

Wanting to use music to process and express her emotions, she called Khandwala, who had produced every The Pretty Reckless album, to talk about recording.

But then came the call that Khandwala had died.

“That was the nail in the coffin for me. I threw my hands up in the air and kind of went ‘Yeah, I give up.’ I went down a very dark rabbit hole of depression and substance abuse and everything that comes with that.” she confesses. Momsen was so down that she couldn’t even listen to music. Eventually, listening to her favorite artists helped her. “I started with the Beatles, listening to every detail, the whole Anthology, and just going through what made me fall in love with music when I was young.”

The band – drummer Jamie Perkins, guitarist Ben Phillips and bassist Mark Damon – met Momsen through Khandwala and were all equally devastated, processing losses in their own ways. They were on tour with Soundgarden in 2017, which was a thrill but ended in tragedy when Cornell died.

“As an artist [being asked to open the tour] was the highest compliment that you could possibly get,” she says. “If you know anything about me, I mean Soundgarden is just the epitome [when it comes to rock bands]. I was there that last night in Detroit,” she remembers. “I talked to him at night I gave him a hug and said goodbye. When I wake up to that news the next morning … It just went from the most elating experience to the one of the most devastating. And Kato was at all those shows.”

Cornell’s death shook Momsen and the band profoundly. She says it “took me down to a place where I wasn’t useful in the middle of a record cycle.” The Pretty Reckless were supposed to be on the road for another year, but Momsen wasn’t up to performing as she dealt with her grief. “I couldn’t grieve and continue to get on stage every night and pretend, put on this big rock show like everything was okay. I left the tour,” she says.

With time, she was able to listen to Soundgarden’s music, and eventually, she picked up a guitar. Death by Rock & Roll was a record that was easy in the worst way possible.

“I didn’t have to try to write it. It was more just a necessity that I didn’t even know I needed. It just kind of poured out of me,” Momsen says of the writing process. “There were a lot of tears during the recording. We put everything we had into this album, physically, emotionally. There are good days, bad days, obviously. I think the full spectrum of emotions was spanned on making this, from anger to tears of happiness to tears of sadness.” Some days were too difficult for Momsen even to attempt vocals, too heartbroken from the past few years. 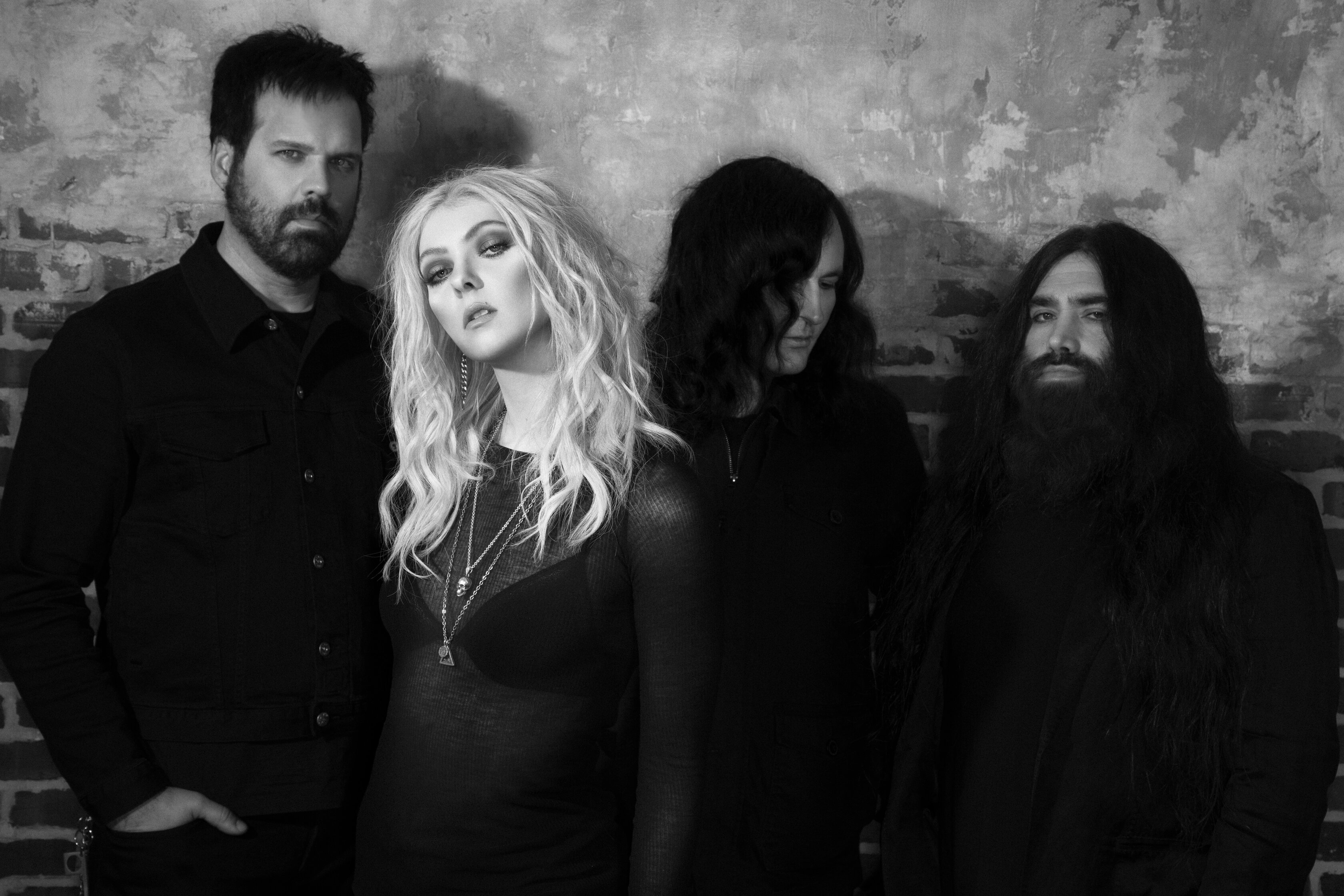 That said, Momsen, in conversation, along with the record itself, aren’t outwardly mournful. Her voice has laughter and life. “I’m ecstatic for people to hear the album and to share it because I’m really proud of it. I know it sounds cliche, but it really does feel like the first album, like we had to start from scratch again, and we didn’t know how that was going to go.”

Still, there are songs where Momsen chooses not to divulge the true inspiration to inquisitive journalists. “I think it’s unfair to the listener to detail song lyrics in a personal manner. It takes away what it means to [the listener].” She offers up an example to clarify: “I’m a huge Pink Floyd fan. (She references “The Great Gig in the Sky” in the song “Rock and Roll Heaven.”) I’ve watched every documentary ever made about Pink Floyd. In one, Roger Waters is talking about ‘Shine on You Crazy Diamond,’ going into depth about what the song was about to him, about Syd Barrett.”

Momsen was shocked to learn the song’s true story. “It was so not how I had taken that song my entire life! I’m glad that I know the story now. But if I had known before I listened to it, I think that it would have changed my perspective of the song. It wouldn’t have had the same impact that it had on me and my personal life. That’s why I don’t like to do that.”

Death by Rock and Roll reaffirms The Pretty Reckless’ love of rock and roll, along with the people who made them who they are, musically and as individuals. “I think because we went through so much trauma, and so much loss, that this record, in one way, feels so much like a gift. We’re given the gift of rebirth; I mean, how many artists can say that? As artists, you struggle to find inspiration always. In this case, inspiration was just thrust upon me.”

With a record that marks such a powerful turning point for The Pretty Reckless, talking about Khandwala and Cornell will be inevitable and ongoing. “This record starts and ends with my love letter to Kato. So there’s no getting around talking about that,” Momsen concedes. “But it’s so much more than that. I think it’s reflecting on the cycle of life. You come into this world with nothing but your soul, and you leave it with nothing but your soul.”