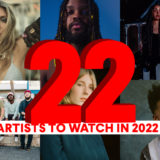 Chicago rap broke nationally in the early 2010s with Chief Keef, Chance the Rapper, Lil Durk, G Herbo, Saba, and many, many more. Now, the Midwest is having another rap moment. While Detroit and other parts of Michigan (e.g., Flint) have exported promising rappers for decades (e.g., Danny Brown, Payroll Giovanni), there’s been a wealth of talent and increased coverage following the ascent of street rap stars like Tee Grizzley and Sada Baby. Babyface Ray is arguably next up, but he’s been bubbling in Detroit for years.

Originally part of local crew Team Eastside, Ray sold his earliest projects on CD. His music began gaining traction when people used it to soundtracked videos of Detroit strip clubs. Since his 2015 breakout, MIA Season, he’s released subsequently improving solo projects, in addition to collaborating with fellow Detroiters like Peezy (see Ghetto Wave). Even on frenetic and banging Detroit beats, Ray’s verses are relaxed and seemingly effortless, delivered like he rolled out of bed and shuffled to the microphone. The most memorable work in his catalog includes MIA Season 2 (2019) and last year’s For You, which featured “Paperwork Party.” Ray’s most-streamed song to date, “Paperwork Party” distills his appeal. He raps about the luxuries rap has afforded, his preferred narcotics, and stacking money with cool nonchalance: “I’m good on the paperwork / Wake up out a lean coma, go straight to work.” The extent of Ray’s catalog confirms his work ethic, but he never seemingly never breaks a sweat.

This month’s Unfuckwitable is his first co-release with Empire. An introduction to rap fans outside of Detroit, it unfortunately panders to those unfamiliar with Detroit’s sound. Look no further than the Moneybagg Yo-assisted “If You Know You Know.” It racked up 1.5 million YouTube views in just a few weeks, but it sounds like 2 Chainz-lite without the humor, Atlanta trap rap with pop appeal. “Real N—-s Don’t Rap,” on the other hand, is the most polished iteration of all that makes Ray’s music captivating. One of his most-streamed songs on Spotify — it’s also doing YouTube numbers with no video (over 280,000 at the time of this writing) — “Real N—-s Don’t Rap” finds Ray quietly and unhurriedly rapping over glinting keys and propulsive percussion. At one point, he reflects on his leanest years: “I slept on [sic]  air mattress, on a mat / No money, no hope of blowing up off rap.” Ideally, Ray won’t ever return to that life or have to make concessions to audiences, labels, etc. on future projects. People want to hear the sound of Detroit now more than ever.

The pandemic didn’t prevent a rise in Buffalo, NY shootings. The 2020 statistics are grim, but they say nothing of those forever corporeally separated from friends and relatives, nothing of shooters caught between unforgiving blocks in a historically violent city and a merciless, racist judicial system. You can hear the perspective of the latter — the malice and regret — in every release from Buffalo’s Griselda camp (Westside Gunn, Conway, Benny the Butcher). Buffalo rapper/producer Che Noir offers the perspective of those Buffalo denizens punished for sins they didn’t commit. In sharp, metaphor-laden lines, the 26-year-old delivers vivid narratives and emotional, introspective diaries about navigating perilous Buffalo streets while her mother worked multiple minimum-wage jobs and her father was incarcerated. Noir has released one increasingly polished project after another since her 2019 signing with 38 Spesh’s T.C.F. Music Group. On each one, she examines the intersecting scars left by societal failures and familial strife, pausing to denigrate subpar rappers and celebrate her rise.

In 2020, Noir released two of her best projects yet: the Apollo Brown-produced As God Intended and the slight After 12 EP. The latter includes the self-produced “Divine Knowledge.” Criminally underplayed (just over 52,000 YouTube views at the time of this writing), this is chest-beating, ‘90s-influenced East Coast rap that’s conscious without being preachy. “With one verse, I can end your career / Rest in peace to Gordo, all my n—-s, I wish they was here (R.I.P.),” she spits, backed by a beat that sounds simultaneously grimy and ethereal. She quickly follows with, “I ain’t no rookie rap chick or on no pussy rap shit.” In three lines, she seamlessly moves from bragging, to lamenting the untimely deceased, to separating herself from women rappers to whom she’ll inevitably be compared. There are more poetic and intricate Noir bars, but she’s equally effective when being direct.

Gabe ’Nandez is a chameleon who camouflages with different shades of New York rap. The trilingual son of UN diplomats who’s lived everywhere from New York, Haiti, and Jerusalem to Tanzania — where he first listened to Madvillainy — ’Nandez’s adaptability makes sense. The intricate internal rhymes on 2017’s Plaques betrayed DOOM’s influence, and he sometimes borrowed Sick Rick’s lilting enunciation (“Black Arts”) when boasting about his skills. His 2019 self-produced album Diplomacy, however, was an intensely autobiographical album that detailed his nomadic childhood and the addictions that nearly undid him. The acoustic-leaning production sometimes harkened back to Carnival-era Wyclef Jean, but ’Nandez was telling his story in his smoky yet forceful voice.

This month’s Ox EP is a fierce five-track salvo. ’Nandez asserts his lyrical supremacy and reminds anyone with ears that he’s one of the sharpest, most unsung rappers in New York. On the titular “Ox,” he fluidly weaves knotty blocks of language over a slow, eerie boom-bap. References to Greek epics precede those to Dragon Ball Z, though he also alludes to Rakim, the architect of New York rap: “Art of rapping, I copped the book from a teacher / Sweating my technique, you need to follow the leader.” Fittingly, the music video is the quintessential New York rap tableau: ’Nandez raps to snow-blanketed streets while posted on frigid concrete steps. To anyone who’s grown weary of Brooklyn drill or the Griselda Manufacturing Co., turn to ’Nandez.

Regional pride might be the fifth element of hip-hop. The Outfit, TX put their state in their name as an enduring reminder, but they proclaim their allegiance to Dallas every album. Literally, sonically, or both. On 2012’s Cool Fooly Space Age Funk (2012), they piloted an interstellar slab across Dallas, narrating drives from club to studio over speaker-blowing low-end as they left a viscous purple slick on red soil. 2015’s Down By the Trinity remains one of the most sonically and thematically ambitious Southern rap albums of the 2010s, a gothic and rock-tinged examination of country, region, and self.

Outlaw Mel (fka Mel) is at the center of every Outfit project, steering the ship and providing the most memorable voice. It’s unmistakable and inimitable, a southern drawl that sounds at once confident, smooth, and slightly sinister. With it, Mel can convincingly deliver pride, pain, and passion. DALLAS, TEXXXAS, Mel’s first solo album, encompasses all these emotions, offering an even more intimate ride through Dallas. As Mel takes you down Ledbetter and Lancaster, you experience both club-night highs and stomach-aching lows.

“Prayer Patna” is one of the best songs from the late 2020 album. It’s a motivational speech to a friend grappling with hard times, but it also sounds like an internal monologue. On the hook, Mel’s empathetic: “99 problems, 99 bills / Stressed out, I know how you feel.” In every verse, he tries to pull his friend (or himself) up: “It’s in our blood to dance right through the struggle / Keep fighting, yeah, we do tussle.” Mel has been grinding with The Outfit for nearly a decade. Like so many Dallas rap predecessors and contemporaries, the industry hasn’t yet embraced him. If Mel becomes the first one to break through nationally, he’ll undoubtedly bring as many peers as possible with him.

Memphis and Atlanta have singular rap exports — crunk and trap, respectively — but discerning the origins of rappers from either locale based on sound alone is sometimes difficult. Enter Pooh Shiesty. If you miss lyrics where he shouts out South Memphis, you’d be forgiven for thinking he’s from Atlanta. On many of his songs, snares roll in trap triplet, hi-hats skitter, and funeral keys create melodies atop quaking 808s. He’s also one of the first signings to New 1017, the label of Atlanta trap rap paragon Gucci Mane. Gucci comparisons aren’t unwarranted, but they are facile. Gucci is more comedic, whereas Shiesty is more straightfaced. Shiesty’s drawl is more lackadaisical, the final syllables of many words soft, if pronounced at all. His laidback delivery makes for an engaging albeit frightening dissonance: the fatal threats and traumatizing scenarios sound regular.

Shiesty’s February debut, Shiesty Season, is auspicious though uneven. Really, it just suffers from bloat (e.g., the “Back in Blood” retread that is “Take a Life). But the album also displays his budding abilities as a songwriter. Case in point: his mid-January single “Guard Up” has over 7 million YouTube views. On the hook, over bright, sometimes grinding guitar and cavernous trap percussion, Shiesty articulates the lingering pain of losing friends to the streets and the cyclical violence it perpetuates: “I lost some members at a early age, it left me scarred up / Chopper gang, the bands and sticks and drums when we march up.” Much of Shiesty Season continues along these lines. Shiesty is “scarred” but ready to slide without hesitation. In doing so, he proves the best New 1017 recruit. As he continues to reflect on (hopefully) old wounds, he may soon evade all comparisons.