The year of the cover song ended on an appropriate note 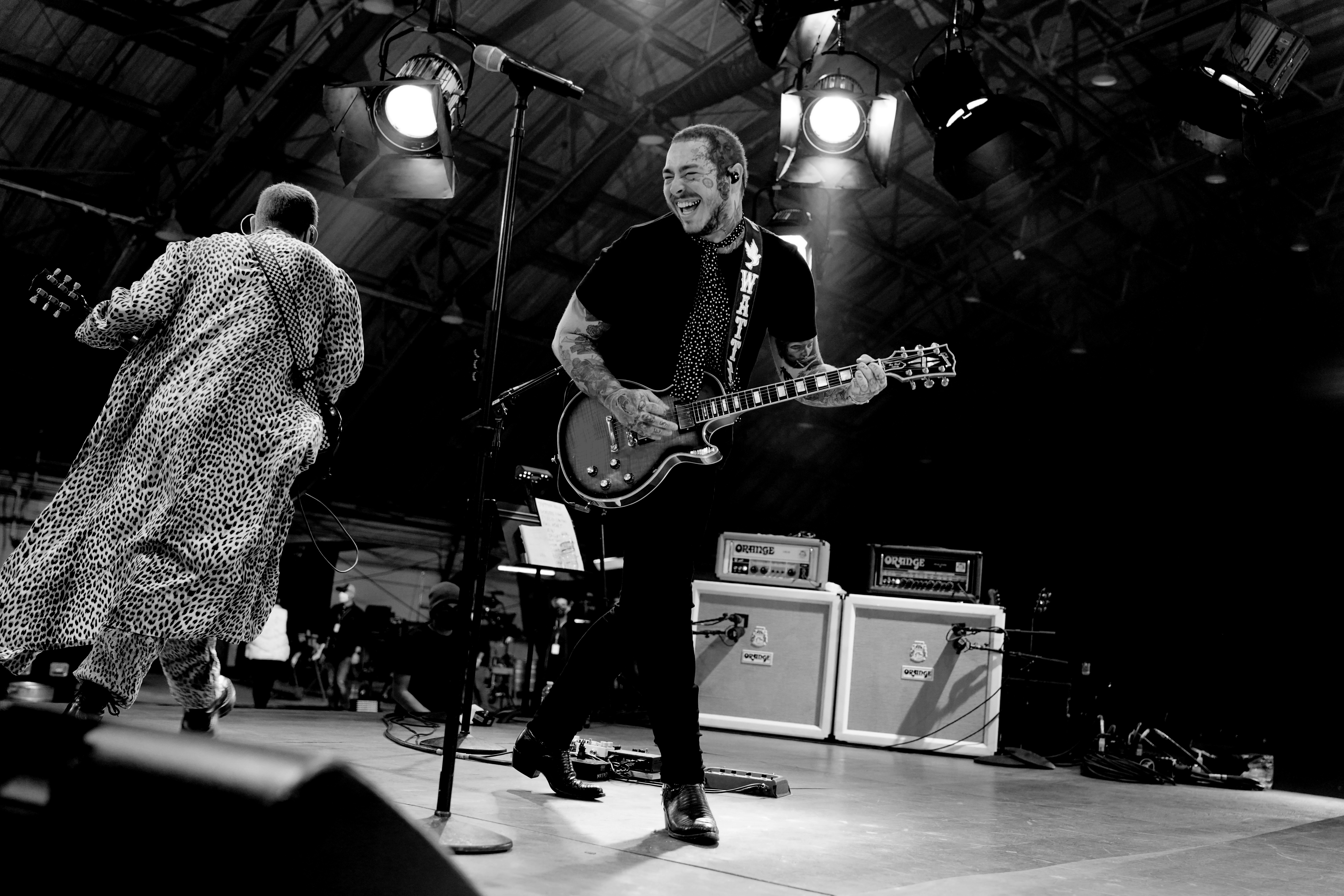 Bud Light Seltzer’s New Year’s Eve livestream was appropriately headlined by the human incarnation of Bud Light itself, better known as Post Malone. But if fans were expecting Posty to stick with his own tracks, they clearly hadn’t been paying attention to last year.

Much like how the Crocs collaborator busted out his own take on Nirvana classics toward the beginning of quarantine, he closed the year with “Rooster” by Alice in Chains and “War Pigs” by Black Sabbath. And similarly to how the Nirvana set featured Travis Barker on drums, Malone got some help from his famous friends like Slash, Red Hot Chili Peppers drummer (and Will Ferrell lookalike) Chad Smith, and Jane’s Addiction bassist Chris Chaney.

The stream also included sets by Steve Aoki, Saweetie, Jack Harlow, and Sebastian Yatra, all of which probably made for a less depressing time than watching the aging Goo Goo Dolls perform “Iris” at midnight on CNN.

The performance concluded a year in which we saw everyone from Kevin Bacon to Miley Cyrus perform covers of songs that would’ve seemed just as improbable as a global pandemic crippling the entire music industry 12 months ago. Child prodigy Nandi Bushell made a name for herself by covering a who’s who of rock history, and her most famous drum battle opponent, Dave Grohl, put forth some strong contenders for the best tributes of the year with his Hanukkah Sessions jams.