If anyone knows the White Stripes, it’s Ben Blackwell. The Third Man Records co-owner/co-founder, and proclaimed lover of all things Archer Record Pressing, has been with Jack [who is also his uncle] and Meg White from their humble beginnings in Detroit in 1997 to international stardom to their demise in 2011. Blackwell still co-runs Third Man Records, which he co-founded with Jack White and Ben Swank, and continues to preserve the White Stripes’ legacy, as cemented on their first greatest hits collection that’s out on Friday, Dec. 4.

Blackwell, who remains the band’s official archivist, gave us the stories behind his favorite songs on the album, most of which you probably don’t know. 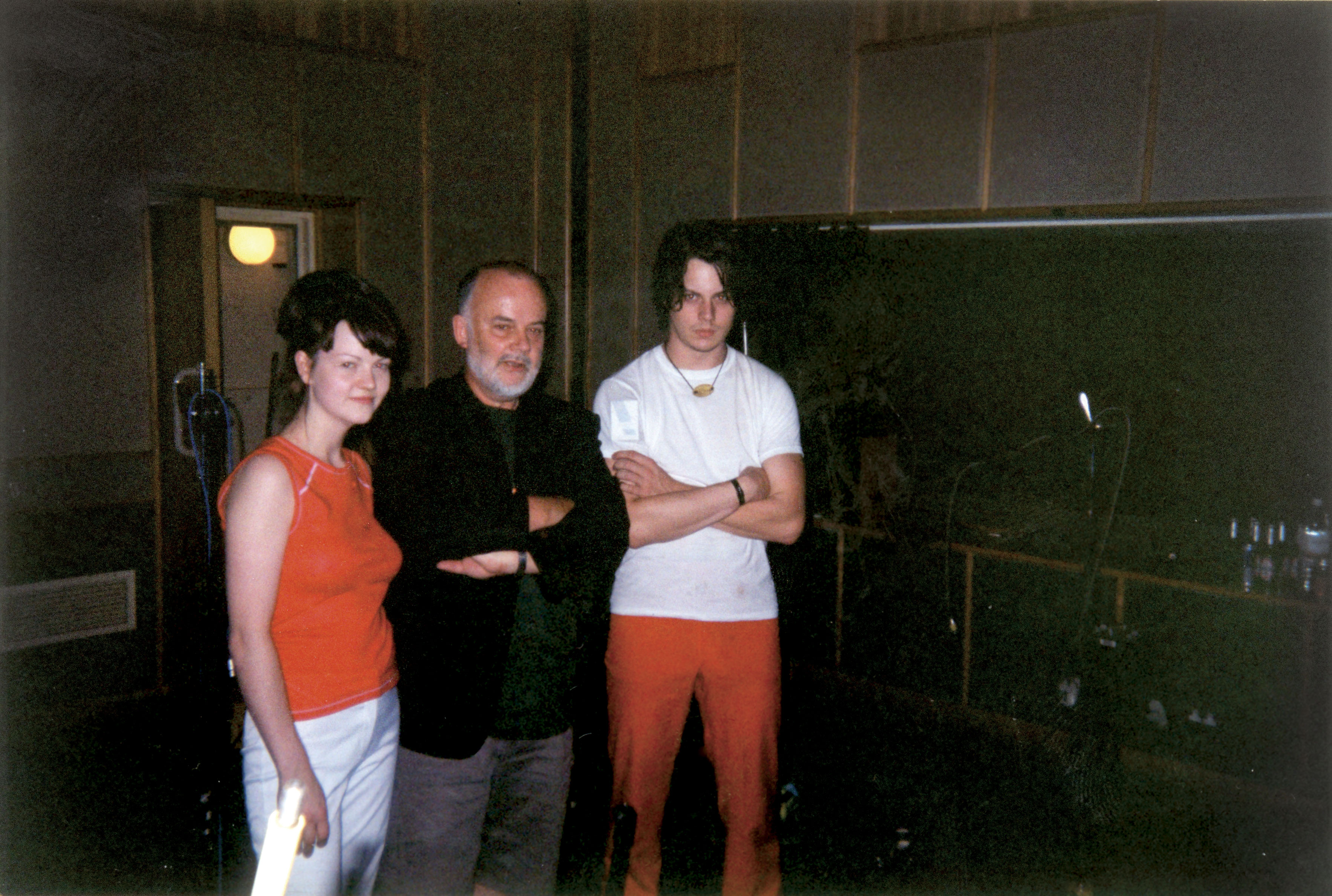 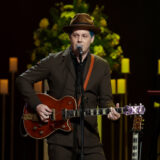 “The Big Three Killed My Baby”

It’s interesting because of all the songs on here, it’s the only song that wasn’t originally written by Jack as a White Stripes song. Before the White Stripes, Jack had a band called Two Star Tabernacle. They performed “16 Tons” — the old Tennessee Ernie Ford, Merle Travis song — with Andre Williams, who said, “We got to do something, we got to get in the studio and it’s gotta be controversial.” He had two suggestions: “I can’t repay my student loan because a lot of kids are getting fucked out there” and the other was, “What if I was gay? Would you love me anyway?” Those are Andre’s two suggestions for controversial subject matter. Jack went home and decided he wasn’t going to do controversial. So being in Detroit, he wrote “The Big Three Killed My Baby,” which is a takedown of the auto industry. I remember seeing a show where Jack started doing the line, “Gasoline’s not measured in metric.” He’s going up the neck of the guitar, going “higher pitch, higher pitch.” I remember seeing two guys in the crowd and when he sang that line, you could see the guys’ eyebrows jump.

“I’m Slowly Turning Into You”

It’s hilarious to me because it all came from a video treatment that Michel Gondry had. And his idea, if I recall, was that it would only work for the White Stripes. I’m not sure if Jack has said this publicly before, but the idea [for the video] that you have a split-screen and it starts with Jack on one side [of the screen] and the other side is Meg. On Jack’s side of the screen, it slowly changes from him walking to someone that looks like him, to someone that looks a little less, little less, to a little more, more, more and more like Meg. And that this real-time person is morphing without any computer trickery. So Gondry told Jack that idea and Jack said, “Oh shit, that’s a great idea for a song,” so he went ahead and wrote “I’m Slowly Turning Into You” during the Get Behind Me Satan sessions. I remember him messing around with it then, not necessarily putting it on tape, but playing acoustic, sitting on the couch kind of thing and he said, “We’ll record that for the next album.” It’s funny because you hear people say that all the time when you put something aside, but they actually went back and recorded it for the next album. 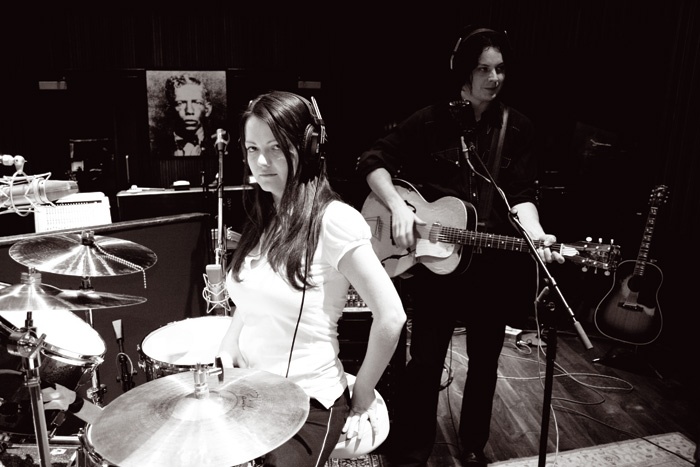 “The Dead Leaves on the Dirty Ground”

That one ended up on their third album, White Blood Cells, in 2001. But they start playing it pretty early, like late ’98 or early ’99, and it’s a totally different arrangement. It starts off with just a very strongly plaintive, unaffected guitar. And that whole song kind of changes its perspective once Jack gets a Big Muff pedal. So what you hear in the studio recorded version of that song is totally driven by the kind of overloaded distorted backing guitar that really, really makes the song. In the early incarnations, there’s really good lyrics to “Dead Leaves,” but personally, I thought the music was ho-hum and then it took the addition of that piece of equipment to the arsenal like, “Ohhhhh shit, this is a really good song.”

Their cover of Son House’s “Death Letter” was probably one of their most-played songs. To listen to how it started off live, it starts off very, very similar to how it appears on the album. Come seven years later, it’s taken on a life of its own. It’s so powerful. I think most people would probably peg it as a highlight of the live show when Jack breaks out the slide guitar and they start doing “Death Letter” and stretching it out too. If there’s ever a White Stripes song that could be the equivalent of jamming that would be it and interpolating other blues songs. It was very versatile for them [to play] live. 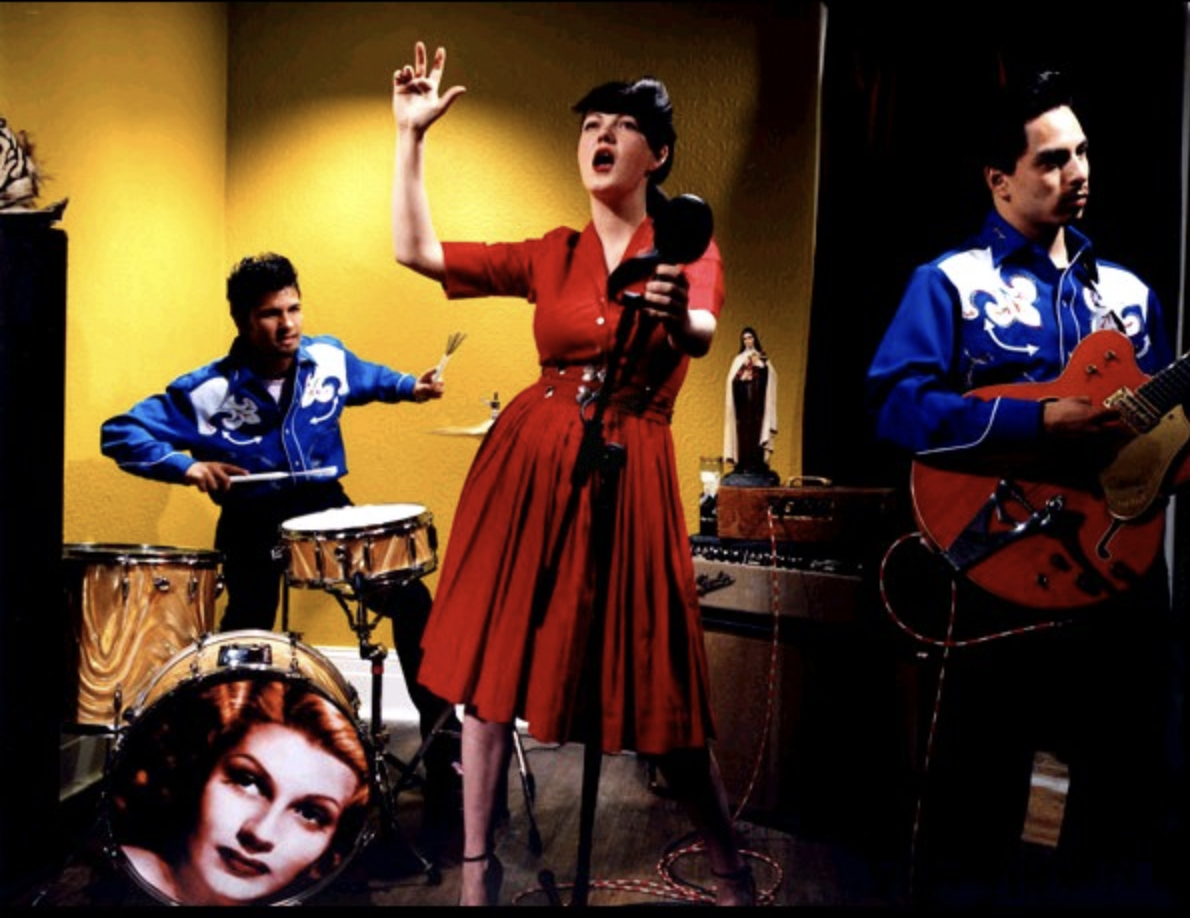 If there’s any song on here that the public has made me aware of that they’re surprised is included, it’s “The Nurse.” I just love the bizarre nature of this song. First off, the lead instrument is the marimba. Secondly, each verse has these really, really explosive guitar cut-ins, seemingly almost done without consideration for timing or meter. To me, those just make the song. When they were recording it, Jack had talked about it with Brendan Benson, who lived around the corner and Jack played him early mixes. He was like, “I’m not sure so sure about this song.” Brendan was like, “Dude, this is amazing! It sounds like some Brian Wilson shit, you have to do this!” I’m very, very happy that that got out there.

Get Behind Me Satan was the only album that was recorded that I actually sat in and actually witnessed portions of the recording. I was living in Detroit at the time and I was kind of just a runner. I remember it was a Sunday night, I believe it was the night of the Oscars in 2005. We’re sitting around — me, Jack, Meg, Matthew Kettle the engineer and that’s it. I wasn’t even there half of the time. I went to get dinner from a Mexican restaurant that was about a 15-minute drive from Jack’s house. I come back and Jack is practically dragging me into the house. “Ben, you have to hear this riff,” he said. He stands and starts playing “Blue Orchid” for me.

The big revelation for “Blue Orchid” was that he had this POG [Polyphonic Octave Generator] pedal, which is an Electro-Harmonix pedal. Jack found this setting on the POG and he had found the riff that made sense to him. He sat there and was so stoked, playing it to the point where he ran to the de facto control room of the studio setup and he wanted to help tweak the sounds that were hitting the tape, in terms of EQ or mixing balance. He said, “Can you just play the riff?” He’d only written it maybe 20 minutes earlier and he’s teaching it to me. So I’m sitting there for 5-10 minutes just playing that one riff while they’re dialing everything in. That was released as the first single from Get Behind Me Satan maybe six weeks after it was written. The quote of that night, was when Jack said, “Man, this song makes me want to play festivals and I HATE festivals.”

I remember speaking with Jack about the song and trying to talk to him about the lyric “Until the year 2525.” I asked him if it was a reference to that [1968] song “In the Year 2525” [by Zager and Evans] The bummer is I can’t remember if Jack said he didn’t know that song or that it wasn’t meant to be a connection to that song and it was just in the back of his head. I feel like at some point, he made the argument that he’s saying in the year 25, like the year that you’re 25 (years old), that he was 25 when he wrote it. It’s supposed to be like 25, 25. The last I checked the art, I thought it just said 2525 written out like it was a year. Two pretty well-known songs in music history referencing the year 2525. 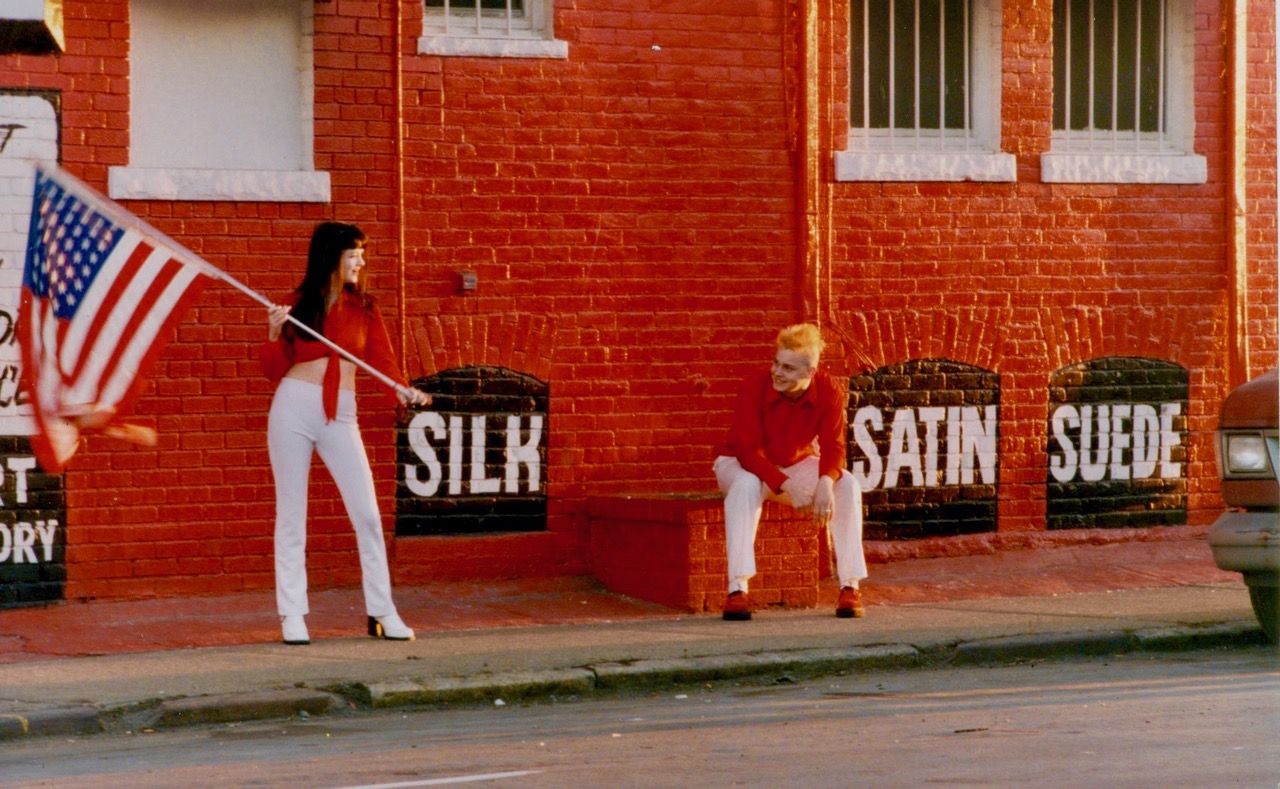 What can I say that hasn’t been said before? My band the Dirtbombs were playing at the Pinkpop Festival in the Netherlands in 2004. So we played one night and then the next night the White Stripes are playing. They came back out, and people were waiting for an encore and it was the first time I heard the chant that is inescapable these days. I want to give credit to the co-drummer in the Dirtbombs, Pat Pantano — we were watching the show together side stage. He’s the one that pointed it out to me. He’s like, “They’re just chanting a riff that’s not even lyrics. Wow, that is pretty weird to hear a crowd chant a riff. I don’t think I’ve ever heard that before.” I remember telling Jack that and I think that might have been the first moment that he hadn’t heard the chant, but realized, in regards to a fan connection, was like, “Oh, wow, this is pretty unique.”

So at that time, Jack had a dog named Jasper. That’s what he talks about in the song. He says maybe Jasper does the Astro. Astro is supposed to be anything you do that no one knows about anything you do in secret and he makes references to Edison and Tesla.

“Ball and Biscuit” (Editor’s note: I asked him about the time when Jack played this with Bob Dylan in Detroit. Here’s his answer)

Man, what a funny day. Dylan did three nights in Detroit that run — I think in ’04. I was there the first night and nothing happened. I didn’t go the second night and wasn’t planning on going on the third night. But me and Brian Muldoon, who played with Jack in the Upholsters, said to each other, “Hey, do you hear anything’s going down, let’s let each other know?” I’d been running around all day. I had a new release on my label. I forget what it was, but I’d gone to all the record stores in Detroit. I got home, it’s dark out and I get a call from Jack.

“What are you doing tonight?”

“Nothing. What are youuuu doing tonight?”

“You might want to get down to the State Theater. I might be playing with Bob Dylan tonight.”

So I hang up and immediately called Brian. “Hey, Jack just called and said he thinks he might be playing with Dylan tonight. I have a friend who works in catering at that venue and basically said I need some help [getting in]. And she says, “Just meet me by the side door, I’ll give you a working pass and that will be it.” So I go in the side door and Brian tries to scalp a ticket and can’t get in. There was no one selling tickets outside of the show. I just remember seeing and watching from the side stage, standing next to Jack [during the main set] and Tommy Hearns, the famous boxer was there and Dylan is a big boxing fan. Watching it was just…holy shit, what else can you say?! That was pretty remarkable. And it’s a club that Jack really hadn’t played before, but Jack took me to my first-ever concert, at the State Theater to see the Foo Fighters in 1996.

He said, “If you buy the tickets, I’ll take you.” I was in eighth grade. To see the Foo Fighters, I was stoked. And yeah, then eight years later, he went and jammed with Bob Dylan on a song that he wrote.