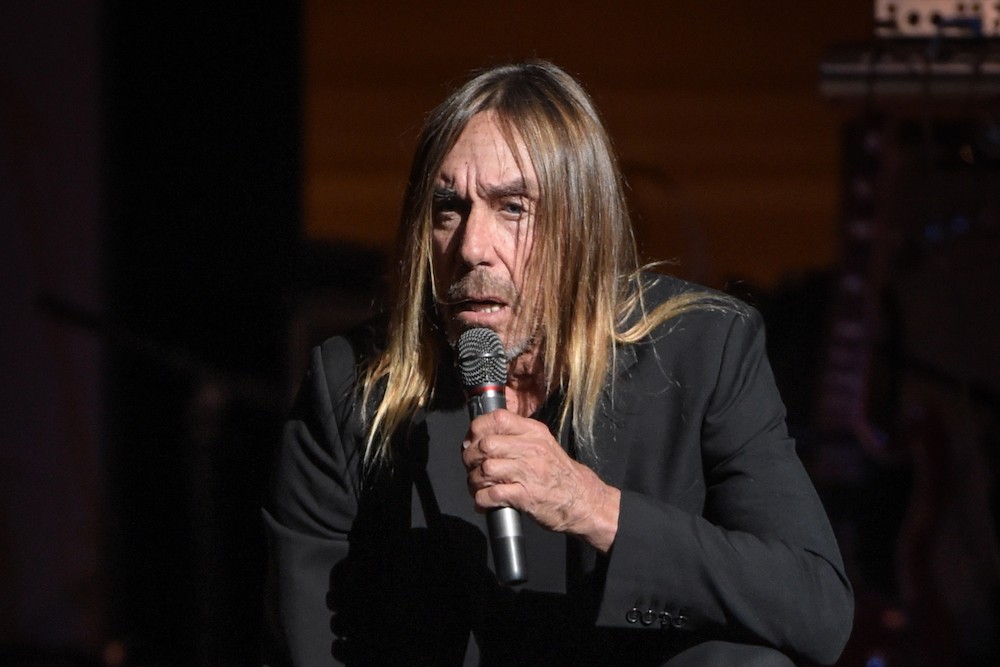 Iggy Pop is feeling inspired by the travesty of 2020, and it’s resulted in the new single, “Dirty Little Virus.” If you ever wanted to hear a punk/rock icon stoically singing “COVID-19,” now you can. There are a bunch of… interesting one-liners, including the opening lyric: “COVID-19 is on the scene.” It’s all very detached and matter-of-fact.

“I was moved to write a direct lyric, not something too emotional or deep,” Pop said in a video, “more like journalism: ‘who, what, when where?’ I left out the ‘why’ because that gets too complex, but I put in how I felt about it.”

Another odd point-blank lyric: “She’s only 19 but she can kill ya.” He’s not wrong.

Playing guitar and bass on the cut is Ari Teitel, while the tune’s co-writer Leron Thomas is credited with “editing, trumpet work and arrangement.”

Check out “Dirty Little Virus” below and Pop’s video as well.

This song comes a couple of weeks after his French cover of Elvis Costello’s “No Flag.” For Rolling Stone, the two legends had a conversation about the influence they have on each other: “It shared one word and one letter with a famous song of yours [“No Fun”],” Costello said, “but nobody spotted where it was drawing from, because nobody expects me to take a cue from you.”