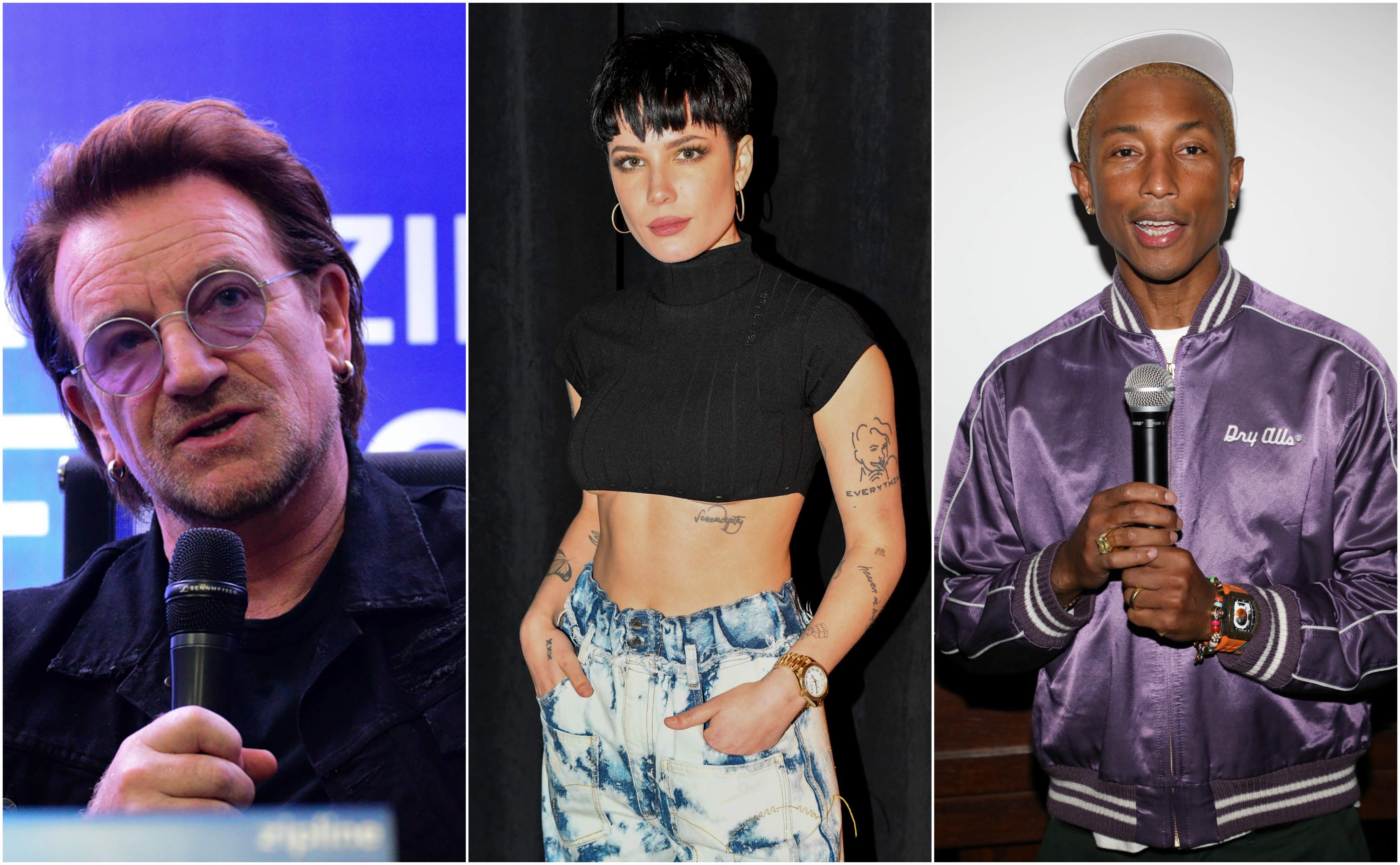 Bono, Halsey and Pharrell Williams are joining the cast of the computer-animated musical comedy Sing 2, it was announced on Monday.

In addition to the three musicians, Bobby Cannavale, Letitia Wright, Eric Andre and Chelsea Peretti will be voicing characters.

The original Sing was released in 2016 and starred Matthew McConaughey, Reese Witherspoon, Scarlett Johansson, Taron Egerton, Tori Kelly and Nick Kroll. All of them will be returning to the second edition.

Bono will voice lion Clay Calloway, the world’s most reclusive rock legend, who Buster Moon (McConaughey) needs to convince to come out of seclusion to perform at the Crystal Tower Theater, the most prestigious performance hall in that world. Halsey will voice the daughter of Jimmy Crystal (Cannavale), Porsche, while Williams will voice the ice cream truck-owning elephant Alphonse, who became the apple of Meena’s (Kelly) eye.