From the mid-'60s to the mid-2010s, the Canadian singer recorded some of the greatest songs ever written 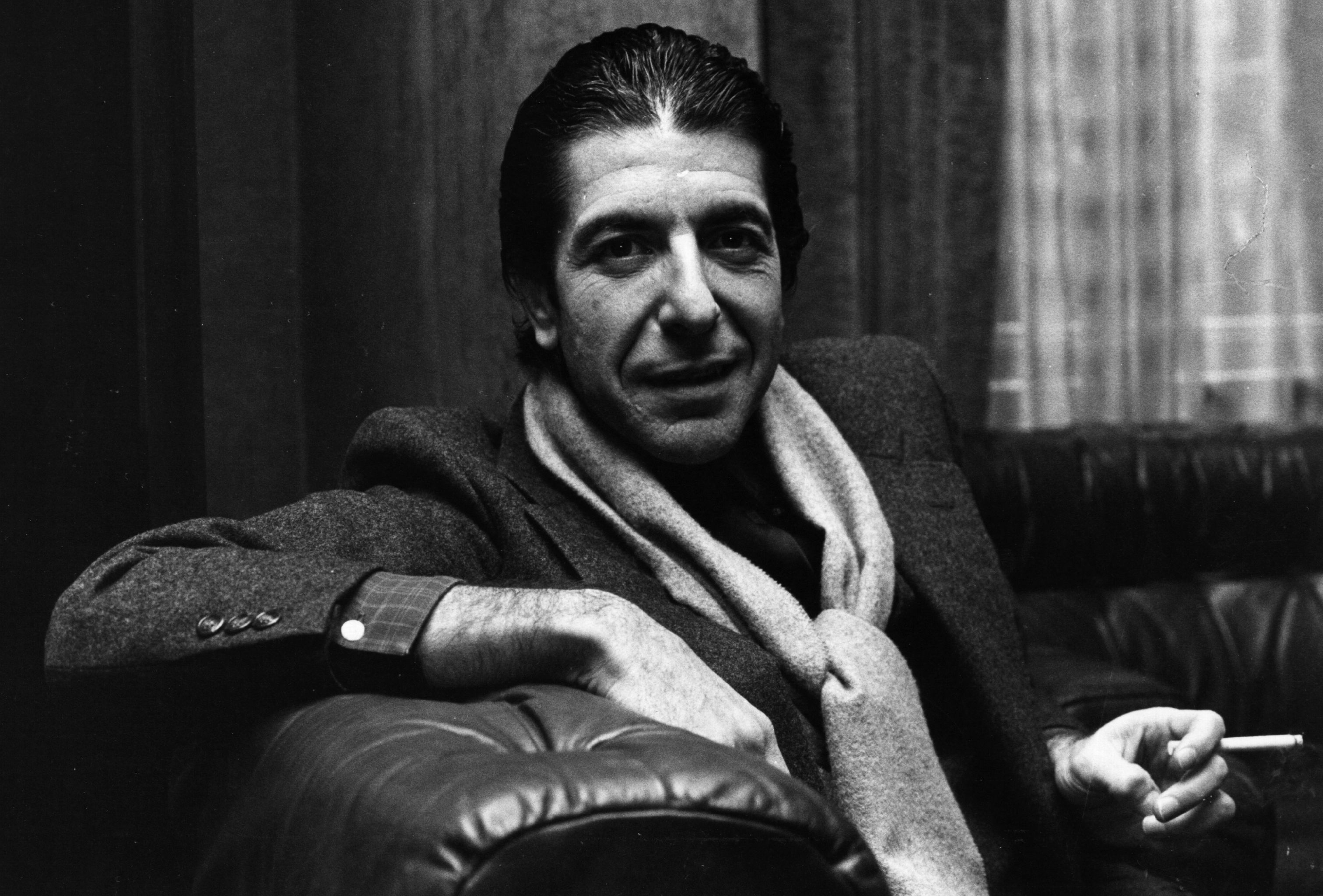 To paraphrase a saying attributed to Buddha, when the student is ready, the Leonard Cohen song will appear. Philosopher king and ladies’ man, poet and ordained Buddhist monk, aesthete and pilgrim — in his nearly 50-year musical career, Cohen embodied contradictions and sang his story-songs in a trademark sandpapery voice in the pursuit of beauty and truth. When asked about his baritone, he was the first to say, “I never thought I could sing.”

But sing he did. He sang his heart out. From his first 1967 album Songs of Leonard Cohen to his elegiac 14th studio and final album You Want it Darker in 2016, he sang about relationships, reflected on life, death, love, impermanence, and Biblical themes. Cohen’s life trajectory is well known to fans. He began his career as a poet and novelist in Montreal, sojourned to the Greek island of Hydra where he met his muse, Marianne, then Judy Collins sang “Suzanne” and from there, his career gradually morphed into the musical stratosphere. Cohen partook in the perks of fame, moved on to meditative seclusion, and then returned to performing sold-out concerts around the world. Perhaps Bob Dylan defined Cohen’s songs best when he said, “These are more than songs. These are prayers.” 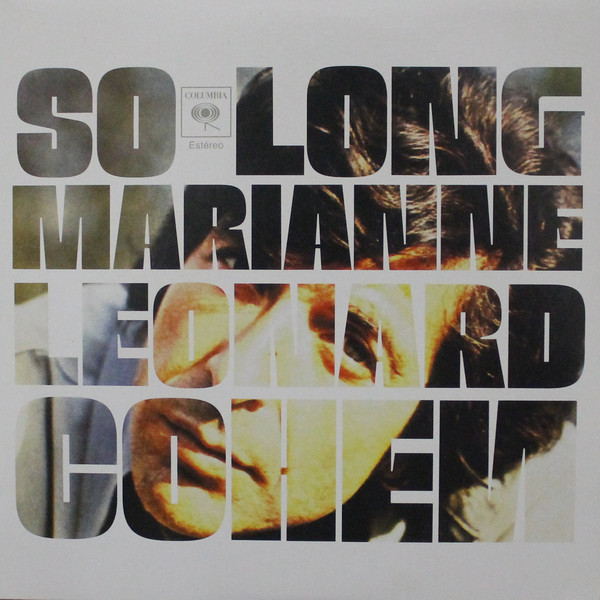 Perhaps this is the quintessential Leonard Cohen love song written to Marianne Ihlen, the Norwegian woman he lived with on Hydra in the ’60s. The 2019 documentary film, Leonard and Marianne, romanticizes their carefree bohemian life. Though they parted ways, they saved a place for one another in their hearts, as evidenced by the letter he wrote her while she was dying of leukemia in Oslo in 2016. In the letter, he writes, “I think I will follow you very soon. Know that I am so close behind you that if you stretch out your hand, I think you can reach mine.” Adam Cohen, a musician and Leonard’s son, strikes a balance between sounding like his father and imbuing a youthful sensuality of his own to the song, as he performs it at a 2012 London concert. 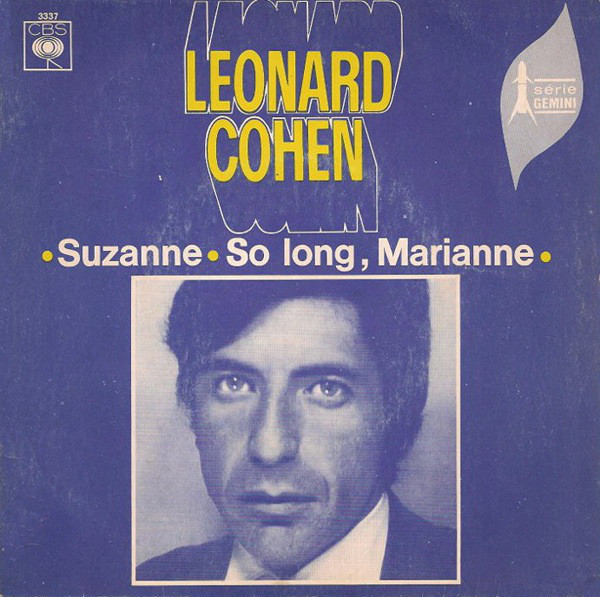 Before he was a recognized singer, Cohen shared the lyrics of “Suzanne” with Collins, and from there, his career was launched. She invited him to perform on stage with her and also recorded the song on her 1966 album In My Life. Cohen said the song is a true narrative. The real Suzanne lived in Montreal near the St. Lawrence River and served Cohen tea, albeit it with orange peel. Since Suzanne’s boyfriend, sculptor Armand Vaillancourt, was Cohen’s friend, the singer was content to write about a mingling of mind and spirit with Suzanne rather than a union of the flesh. 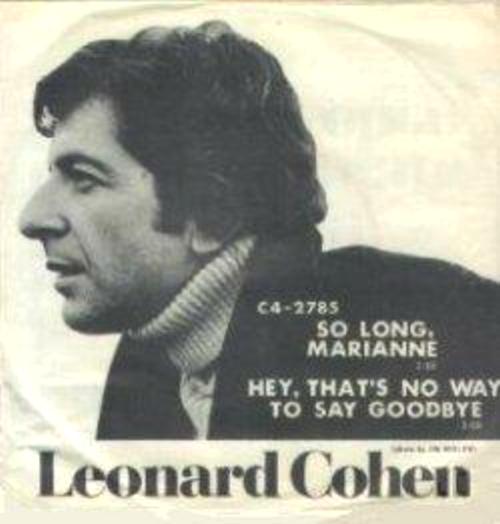 A bittersweet narrative that poses the question: how does one say goodbye at the end of a relationship? Collins first released the song on her 1967 album Wildflowers, before Cohen sang it on Songs of Love and Hate, his debut album. The song was written in New York’s Penn Terminal Hotel and Cohen says, “I am in the midst of a bitter quarrel with a blonde woman. The song is half-written in pencil but it protects us as we maneuver, each of us, for unconditional victory. I am in the wrong room. I am with the wrong woman.” We can surmise the woman was Marianne Ihlen. 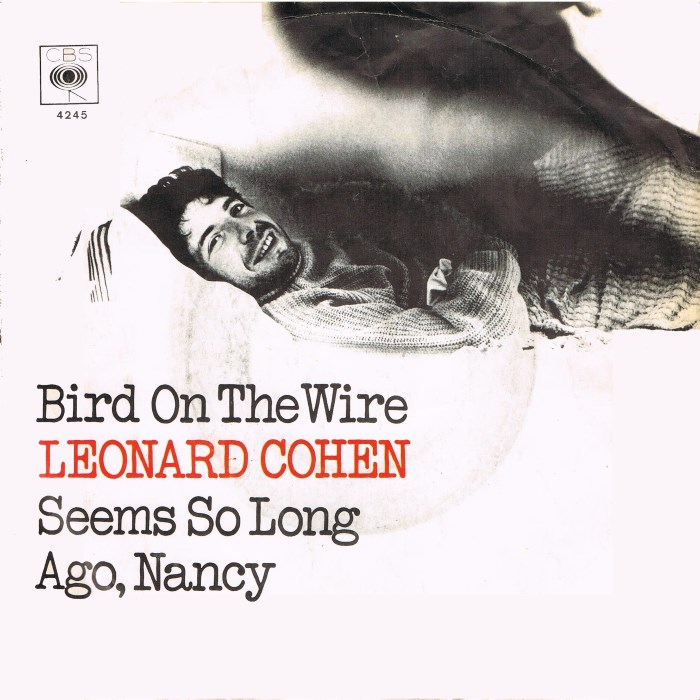 One of Cohen’s signature songs, it has been covered by artists from k.d. lang to Johnny Cash. Willie Nelson sings it, and Kris Kristofferson famously said he’d put the first two lines on his tombstone. In the liner notes of the album, Cohen writes that “the song was begun in Greece and finished in a motel in Hollywood around 1969 along with everything else.” He was living with Marianne on Hydra when he wrote the song, inspired by birds on a newly built telephone wire, and the conflict of whether to stay or go when it came to Marianne. Cohen’s quest for being “free” eventually led him in 1994 to the practice of Zen Buddhism. Cohen really did own a blue Burberry raincoat that was stolen from Ihlen’s New York apartment. Only he could pen a mysterious and haunting ode to a garment and to Jane, his lost love. The song is a letter to his rival and Cohen says it’s about, “A man writing a letter to a man who has had an affair with his wife.” The opening line, “It’s four in the morning the end of December,” is an insomniac’s reveille to anyone who’s ever wondered what happened to a former lover. A song about adultery, regret, and the spider web of romantic entanglements. 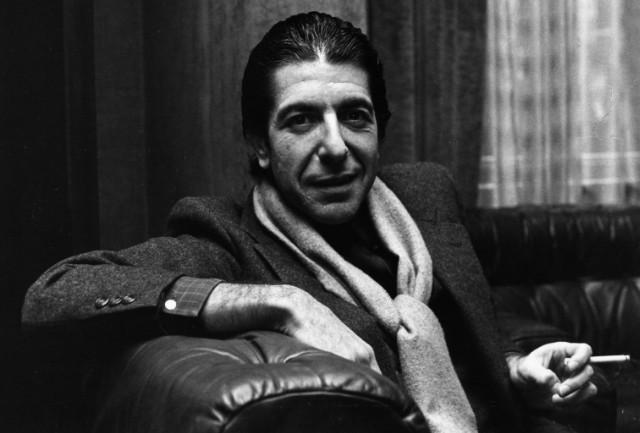 Though Cohen professed no connection to organized religions, this song is a kind of prayer about acceptance and transcending the ego. Cohen commented on the song, saying, “This is an old prayer it came to me to rewrite. It’s about surrendering.” A number of lines like “let the rivers fill” and “let the hills rejoice” echo verses in the Bible (Isaiah and the Psalms). One of the most mesmerizing covers of this song was performed by Antony and the Johnsons in the 2005 documentary Leonard Cohen: I’m Your Man.

Cohen said it took him 10 years to write this song. He often talked about being a glacially slow writer. The song has become a spiritual anthem and undoubtedly his best-known work.

It has appeared in films like Shrek and Basquiat, topped international charts, and has been performed by singers from John Cale to Alison Crowe. The lyrics allow for interpretations that range from humbly beseeching to joyously spiritual which helps explain why the song is played at both funerals and weddings and everything in between. Mennel Ibtissem performs a moving rendition in English and Arabic. 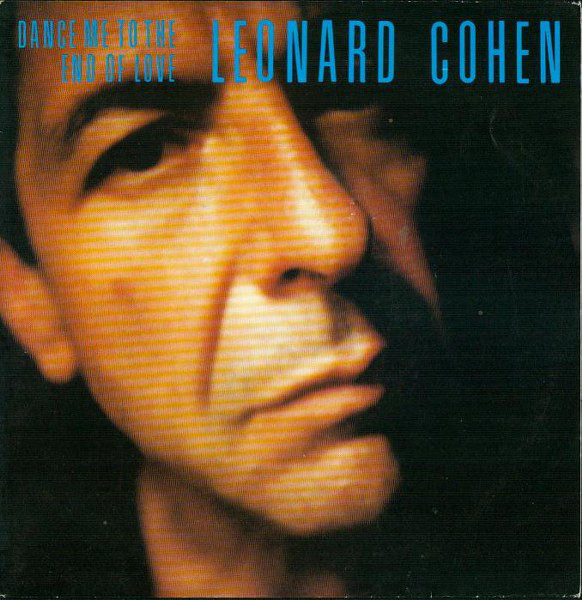 Cohen sang this song as the opening for over 400 concerts. In a 1995 radio interview, he said the meaning of the song came from the knowledge that string quartets were played at some death camps during the Holocaust while atrocities were going on. He went on to say, “But, it is the same language that we use for surrender to the beloved, so that the song — it’s not important that anybody knows the genesis of it, because if the language comes from that passionate resource, it will be able to embrace all passionate activity.” In the official video, elderly couples dance, touch hands, or a lone partner is left gazing at a photograph. 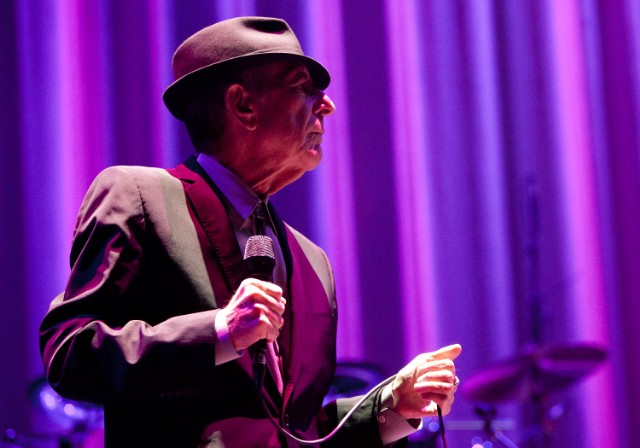 “Alexandra Leaving” is a metaphor of loss and the transience of all things, represented by the singer’s lover Alexandra. Cohen said that “a poem speaks to something that has no time.” Readers of C.P. Cavafy’s poem “The God Abandons Antony” (1911) will be familiar with Cohen’s loose adaptation of Cavafy’s poem into song (In Cavafy’s poem, Alexander is lamenting the loss of his city to Octavian, thus signifying the end of the Hellenistic age). Sharon Robinson, Cohen’s friend and back-up singer of many years, co-wrote the song and produced the album Ten New Songs on which it appears. Hauntingly evocative, “You Want it Darker” is a hymnal invocation released on Cohen’s 82nd birthday. The title song of the album, it features cantor Gideon Zelermyer and the synagogue choir of Shaar Hashomayim Synagogue in Westmount (where Cohen’s Bar Mitzvah took place). Singing the chorus and background vocals in Hebrew, the lyrics hineini, hineini or “here I am” are followed by “I am ready my Lord.” The prayer in the first-person singular is a direct invocation that beseeches God for the ability to pray. In a 2016 interview with The New Yorker, Cohen talks about impending mortality and says, “More than at any time of my life, I no longer have that voice that says, ‘You’re fucking up.’ That’s a tremendous blessing, really.”