Calling from England a few days before the release of his new LP, By the Fire, Thurston Moore admits the dire situation of the U.S. homeland occupies his mind over anything else. And this is before Trump caught COVID-19.

“For me, it’s not so much Biden versus Trump — it’s us versus Trump,” the guitarist tells SPIN. “Right now, this is the main conversation on the table because it’s a serious, serious time. You have leaders putting their heads in the sand while the Earth is fucking being burned up. The health of the planet is the primary situation on hand, and they’re in denial of it. That to me is the most major issue.”

If you’ve been listening to Moore and his old band Sonic Youth these last 40 years, politics has always been at the forefront for the New York noise-rock greats. It’s a quality SPIN immediately recognized during that halcyon first year of publication, commissioning a feature in the August 1985 issue written by the group’s longtime friend Byron Coley. For Moore, the magazine immediately stood out on the newsstands amongst competition like Circus, Hit Parade and, of course, Rolling Stone — in vision but also in substance.

“In 1985, SPIN emerged as a kind of hipper alternative to Rolling Stone,” Moore reflects. “And it had worked because Bob Guccione Jr. had enough backing from Bob Guccione Sr. with all the big bucks he got from Penthouse. And so it became a new serious contender to Rolling Stone, focusing more on the newer blood out there in the music world. It certainly wasn’t like a punk rock magazine, but it didn’t shy away from seeing punk rock music as equal value to, like, mainstream rock. I remember when I saw it the first time, it was curious. They gave our friend Byron Coley his column, and he was able to write about people like us.” 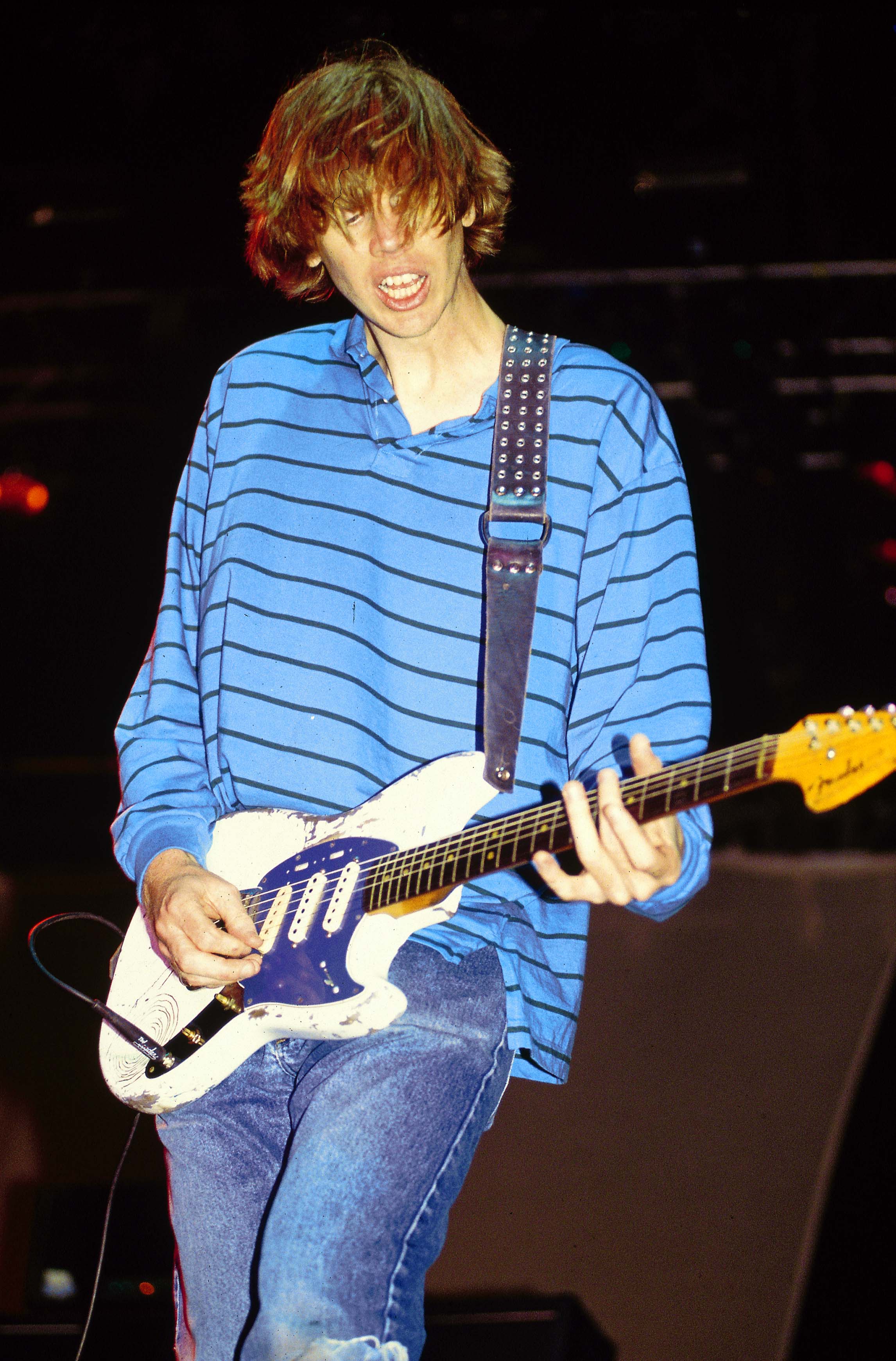 As their profile on the national stage swelled, Sonic Youth became a SPIN priority for the majority of this publication’s 35-year run — both in the digital and pulp formats. Moore admits the fog of memory has gotten the best of him with all the coverage bestowed upon the band these last three and a half decades. But one story during the Daydream Nation era stands out, particularly for the way writer Erik Davis picked up on the band’s science-fiction kick.

“The Philip K. Dick books were being passed around in the tour van around that time,” Moore says. “So I think there was a lot of interest in [that], how it reflected a lot of the [musical] ideas that bands like us were playing. I think Erik Davis picked up on that and incorporated it into his piece.”

One memory Moore distinctly recounts from the magazine’s first five years, as SPIN ascended into the pop culture lexicon, was running into Guccione Jr. himself at a Sonic Youth show around the time of Goo, the group’s major label debut, which just turned 30.

“I’ll always remember when Goo came out, we were doing a show in Chicago and Bob Guccione Jr. was at the gig,” Moore reveals. “And I remember afterwards he came up and said, ‘You know, I never really understood you guys. But after seeing this show, now I get it.’ He came from this other culture coming out of this very money, Saturday Night Live disco world, the whole ‘hanging out with the Rolling Stones’ thing. But he had an open ear and an open sensibility to what was happening on the margins, more so than Rolling Stone did. In a sense, that kind of openness gave the magazine its genuine value.”

That openness is a kindred spirit with Moore’s latest music. With By The Fire, his most direct solo outing since his 1995 debut, Psychic Hearts, the guitarist felt the need to commute the album’s release to address the immediacy of our current state of affairs.

“I’m putting out this record at the same time as Public Enemy and Mr. Bungle,” Moore states. “This is a collective offering something that is an alternative to the rhetoric. And so I wanted this record to come out immediately. If it wasn’t for this encroaching fascist takeover at hand, the record would have come out at the end of the year or after the new year.”

Just like in his SPIN profiles these past 35 years, Moore doesn’t mince words. With the stakes never higher for the continuity of American life as we know it, he asserts the need for a unilateral approach to how music and its messages are delivered. 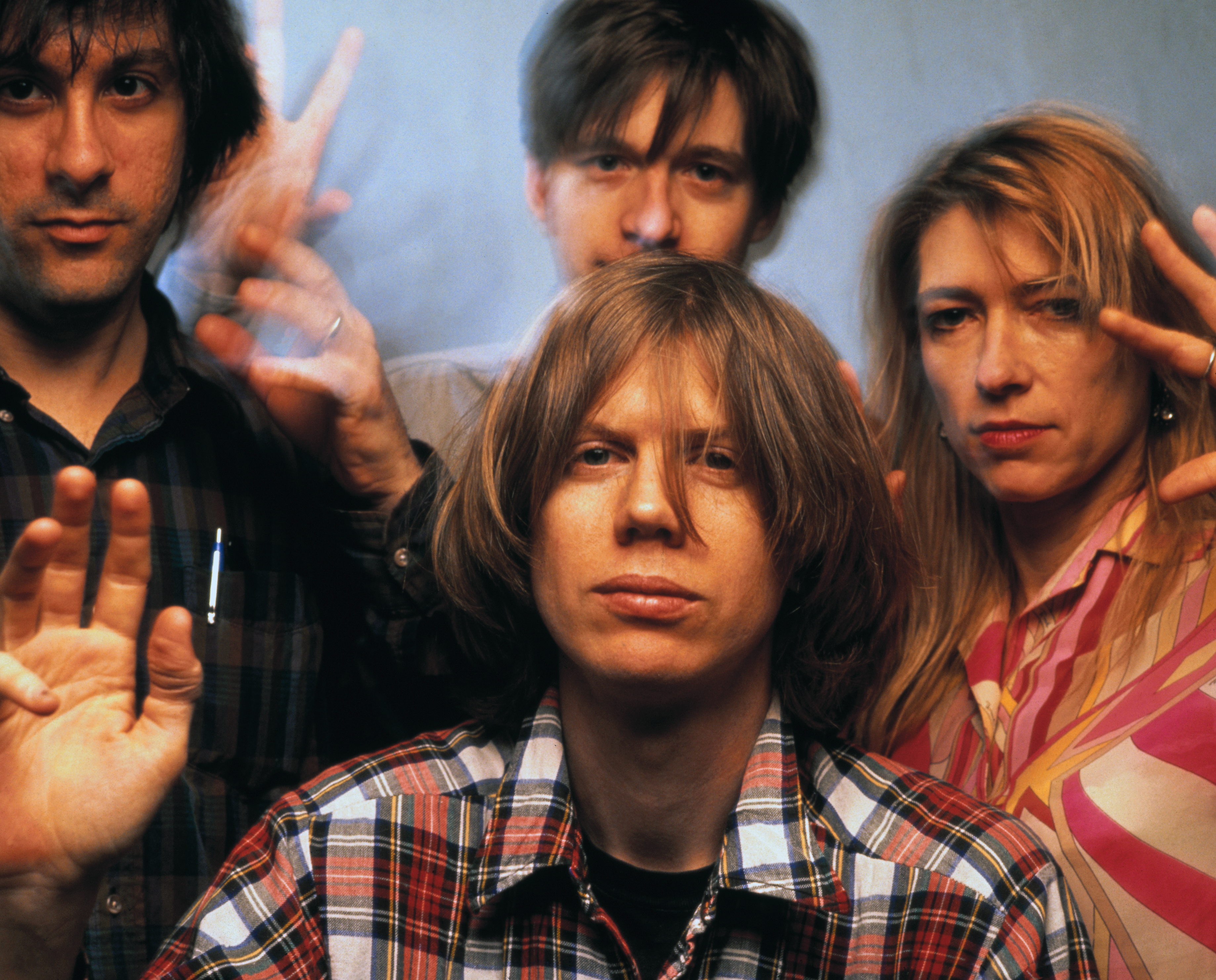 “I put out By The Fire as a political move,” he says. “Any time you put out a record, a book, a fanzine, a blog, a cassette, a CD, whatever you’re doing, that’s a political move. You’re actually engaging in a social world. I called it By The Fire because of that. [It’s] the idea of people sitting around a fire and dialoguing. That’s the most ancient, ancient communication ritual we have: people sitting around with and passing the talking stick. So I put out a record like By The Fire, which is all about everybody getting together and hearing different stories because there’s so many negative stories out there. Let’s put out some positive vibrations.”