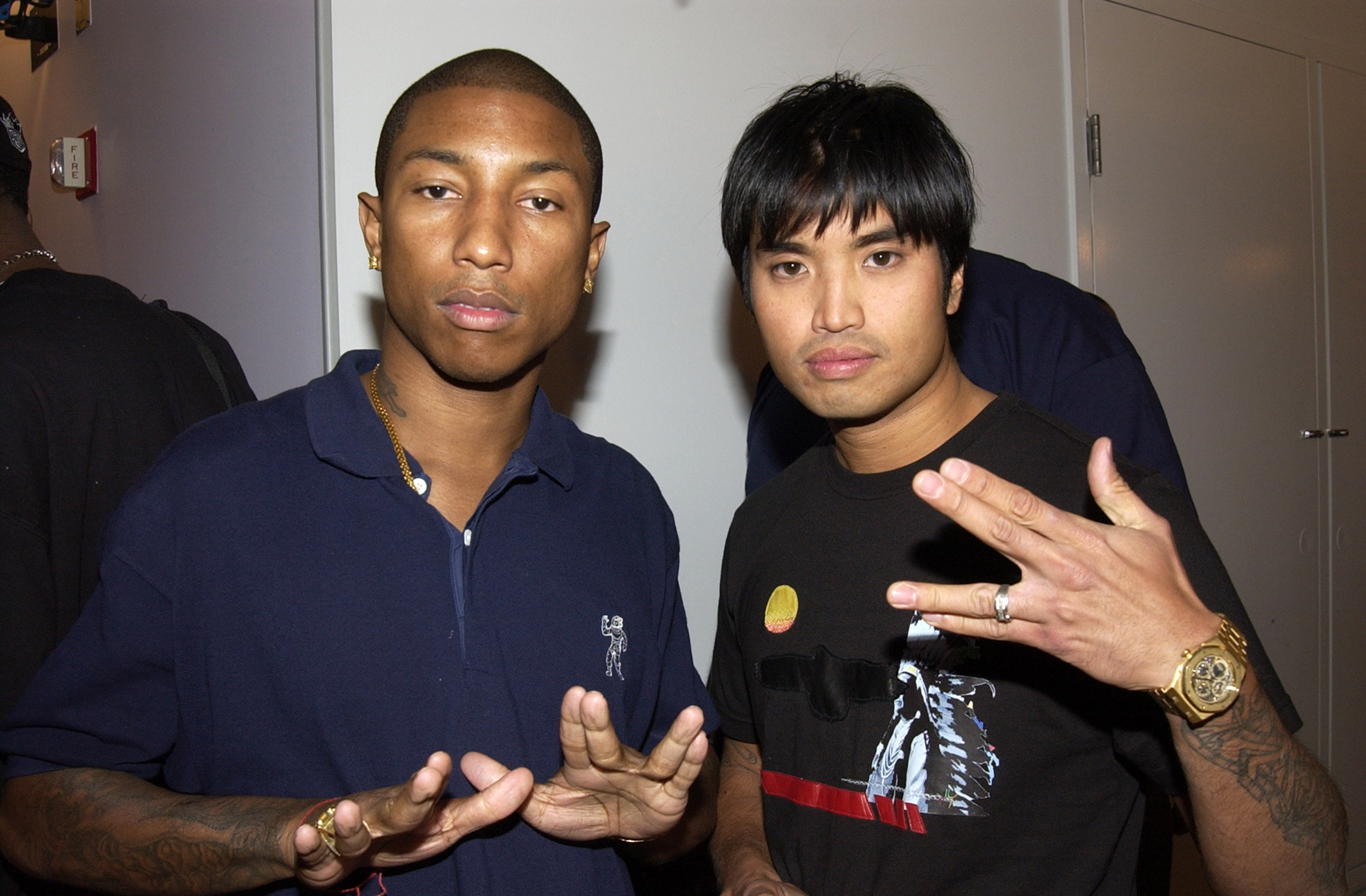 As part of our 35th anniversary, we’re naming the most influential artists of the past 35 years. Today, we’re at #16. From Virginia Beach, Virginia, here are the Neptunes. Chad Hugo and Pharrell Williams have been popular music’s phone-a-friend since the turn of the century. Ever since they first linked up at a Virginia Beach summer camp in the early ‘90s, the pair have produced signature songs for some of the world’s biggest artists. From the late ’90s until today, the Neptunes’ DNA is present in many of pop’s biggest songs.

When Britney Spears was ready to reinvent herself with her 2001’s Britney, she called up the boys and received “I’m a Slave 4 U,” a demo they initially intended for Janet Jackson. When Justin Timberlake needed his boyband past to disappear in 2002, he worked with the producers to create “Like I Love You.” From the infectious bounce of Nelly’s “Hot in Here” — for many, the definitive introduction to Pharrell and Hugo’s sound — to career revivals like Snoop Dogg’s “Drop It Like It’s Hot,” popular music has revolved around the Neptunes for the last two decades.

Together and separately, Hugo and Williams have directly shaped the futures of music giants like Jay-Z, Beyoncé, Tyler, the Creator, Usher and Ariana Grande. Much of today’s production landscape owes the Neptunes for fusing hip-hop, funk and pop.

Very few producers have entered the Songwriters Hall of Fame — even fewer could’ve built the damn place brick-by-brick. The Neptunes fall into both categories.