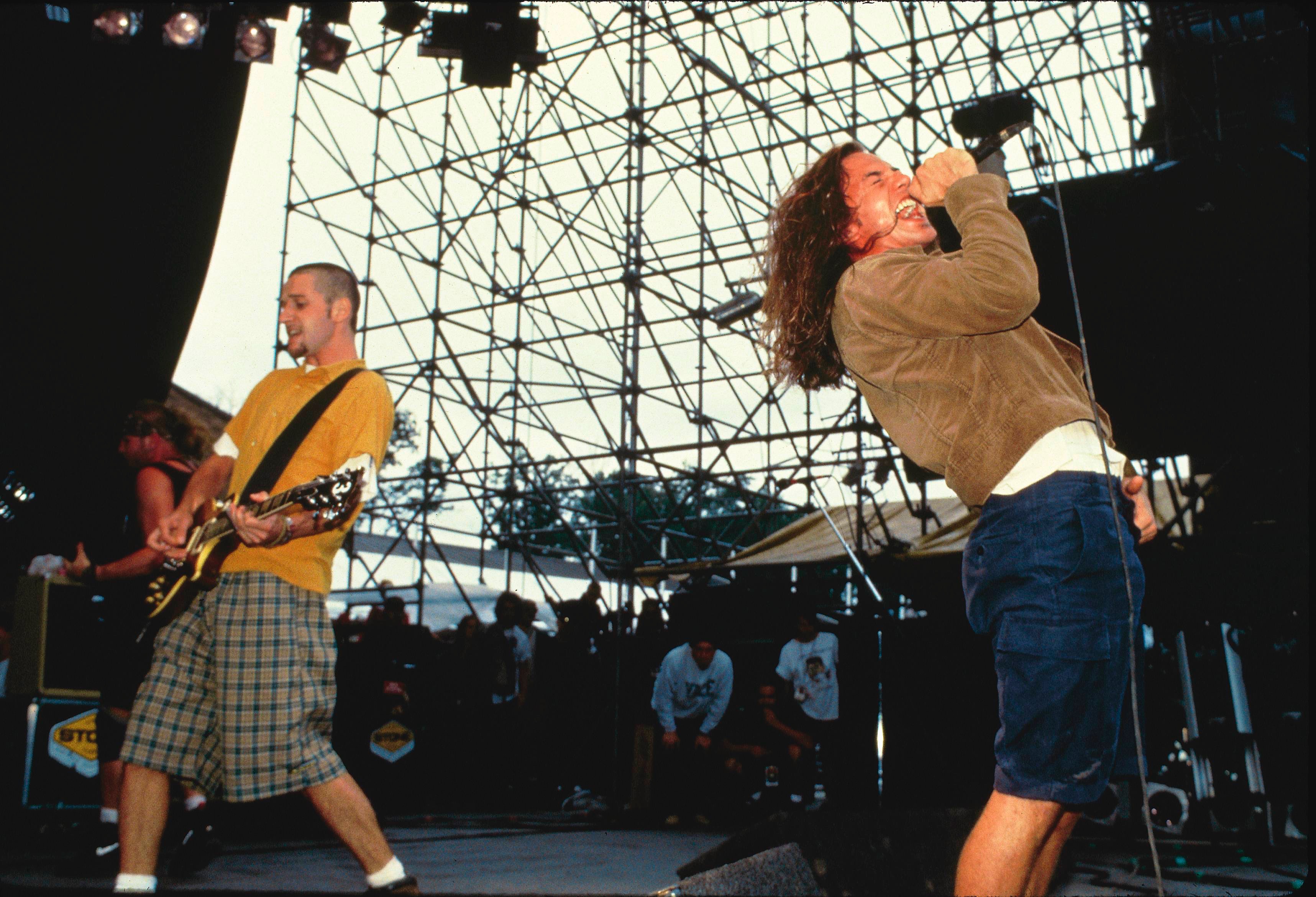 As part of our 35th anniversary, we’re naming the most influential artists of the past 35 years. Today, we’re at #15. From Seattle, Washington here is Pearl Jam. Three decades deep, Pearl Jam are now officially old enough to be known as “classic rock.” But on a sonic level, they’ve always sort of been classic rock, right? With Eddie Vedder roaring over the guitars of Mike McCready and Stone Gossard, the Seattle quintet carried the torch for the Who and Led Zeppelin during the ’90s and beyond.

Their first masterpiece, 1991’s Ten, happened to arrive one month before Nirvana’s Nevermind, forever intertwining the two albums as tent poles of a movement everyone else called “grunge.” But their similarities were mostly geographical: Vedder and company were more earnest and technical, with staples like “Even Flow” and “Alive” blowing up poetic angst to a stadium-friendly scale. (That came in handy, of course: Pearl Jam became — and remain — one of the few rock bands who pack arenas without playing sugar-coated greatest hits sets.)

After Ten, they became progressively more experimental — from the flirtations with funk and folk on Vs. and Vitalogy to the art-rock detours on Riot Act. And unlike most bands from 30 years ago, they still challenge their fans by tinkering in the studio: The lead single from Gigaton, their first album in seven years, was the jittery “Dance of the Clairvoyants,” which resembles Remain in Light more than “Rearviewmirror.”

Pearl Jam have also been crucial in other parts of the industry: taking on Big Concert (aka Ticketmaster), releasing “official bootleg” soundboard recordings, encouraging political activism, remaining outspoken about global concerns like climate change onstage and in interviews.

It’s true: Pearl Jam are so influential, they’ve also inspired a lot of watered-down rock in the late ’90s and aughts. But in a way, that disparity in quality only highlights how great they’ve always been.