Home » Features » Interviews » Stardust Stars Marc Maron and Johnny Flynn on Bowie Film, the Music That Made Them

Let’s get this out of the way first: None of David Bowie’s songs appear in Stardust. This might seem like a cinematic Achilles’ heel, particularly given the movie’s time frame: just before the birth of Bowie’s most famous alter ego, Ziggy Stardust. However, not resorting to the jukebox musical techniques, or forcing actors to sing lesser-than covers, might be the film’s greatest strength.

It’s set during an ill-fated tour behind The Man Who Sold the World, where, thanks to a work visa, Bowie (played by a swaggering Johnny Flynn) is allowed to do everything but perform. Instead, the iconic singer, still more of a star on paper than in reality, is reduced to listening: Hunching over a radio in a Midwest hotel room, becoming a deer in headlights at a Velvet Underground show, clutching a demo passed to him by his American publicist Ron Oberman (Marc Maron) — all tiny moments turned into Easter eggs for the artist he’d become. While many plot points may be works of fiction (Bowie was, after all, staunchly anti-biopic), Stardust is realistic in one way — it’s the music that makes us.

Like their characters, both Flynn and Maron have roots planted firmly in the music world. Part of the English folk movement that nurtured both Laura Marling and Mumford & Sons, Flynn has been releasing solo since 2008, including a memorable set recorded live at London’s Roundhouse in 2018. In 2009, Maron launched WTF, a podcast first aimed at interviewing friends in the comedy world but has expanded to include musical guests, including Donald Glover, Paul McCartney and Laura Jane Grace. It isn’t all about Maron’s personal record collection — even if he’s been known to regularly share recommendations on Instagram. As proven by an episode featuring Joanna Newsom, which plays out like a primer of the harpist’s delicate work, the comedian has both open ears and a taste for discovery.

Ahead of Stardust, SPIN spoke with Maron and Flynn for more on the music that’s soundtracked their lives. 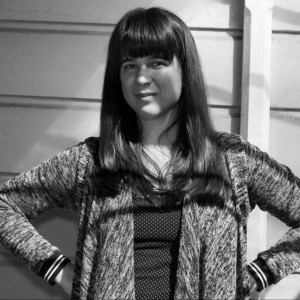