John calls himself a "huge fan" of singer 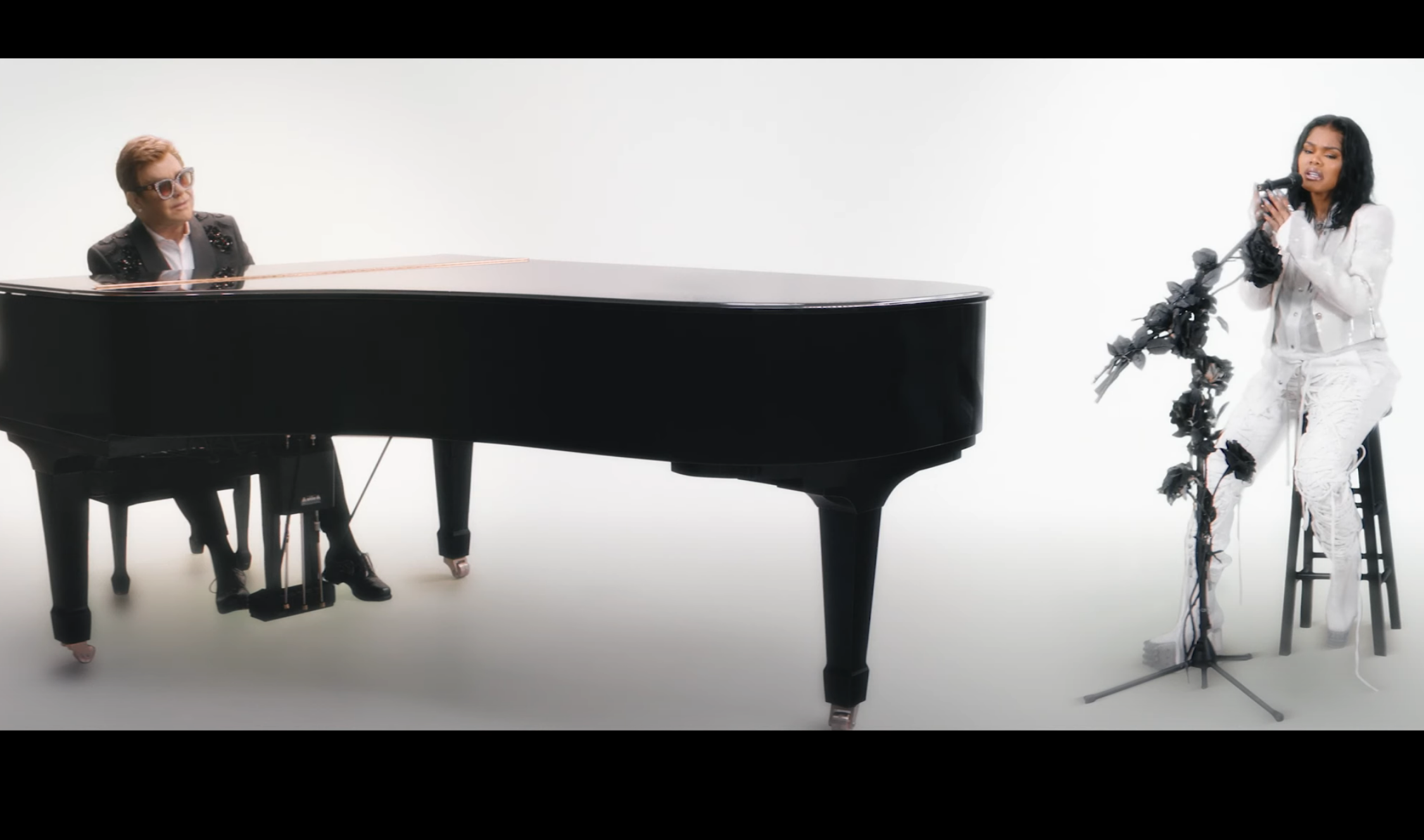 Teyana Taylor’s dream came true when superstar Elton John agreed to play the grand piano in the “Lose Each Other” video, a single from The Album, her No. 1 Billboard R&B/Hip-Hop record.

“When Teyana Taylor released her debut album, I became a huge fan,” John said in a statement. “She was a guest on my Rocket Hour and I fell in love with her original spirit. Aside from her brilliant music, Teyana is one of the most visually dazzling artists working in music today. So I jumped at the chance to be in her latest video ‘Lose Each Other.’”

The Album is Taylor’s third studio record and was released on June 19 through GOOD Music and Def Jam Recordings. It is her second No. 1.

Taylor, who also directed the video, recalls her amazement at hearing from John: “As we were working through treatment ideas and solidifying logistics for the video, an international phone number calls me…. and for a second I almost didn’t answer, but my intuition spoke, I answered. All I hear is…’Hello darling, it’s Elton. I’d LOVE to do your video!’ I FREAKED OUT!” she recalls in a statement.

Check the tune out below.

“Working with a legend like Elton was pure magic. I feel so honored to have worked with someone of such legendary stature.  I am forever grateful to him for doing this for me!” Taylor furthered in the statement. “Although we physically could not shoot together due to Covid, him and his team were very responsive all the way from London. Y’all couldn’t even imagine how humbled I am, yet I’m feeling just a slight tinge of braggadocio, only a slight tinge though, lol like yeah, ya girl Tee & the legendary Elton John for the culture Pow! Just kidding…But seriously, thank you again Elton, you are TRULY a GEM!!!” she continued.

Additionally, in August, her graduation anthem “Made It” was featured by Barack Obama on his 2020 Summer Playlist.