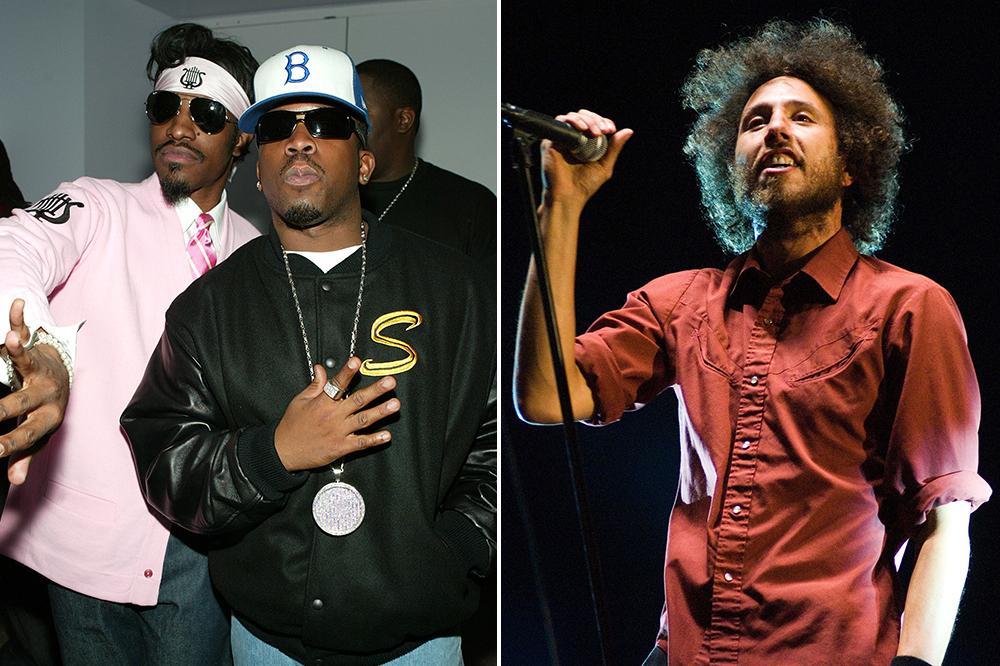 With the 20th-anniversary reissue of Outkast’s Stankonia dropping on Friday (Oct. 30), the duo shared one of the rare tracks that will appear on the record — the remix of “B.O.B. (Bombs Over Baghdad)” by Zack de la Rocha of Rage Against the Machine.

Only released to radio, the RATM frontman worked on it in September and October 2000 at Southern Tracks Recording in Atlanta — adding aggressive guitar riffs giving it more grit and edge to already frenetic track.

Meanwhile, Andre 3000 said, “I’m a fan of the Rage sound so it was an honor to have them involved in a remix.”

You can still preoder your copy here or grab it at Vinyl Me, Please, which is offering a double-LP set in “black and white galaxy” vinyl.