Two of the late Eddie Van Halen‘s iconic guitars — his custom-designed, red-and-white-striped, stage-used 2004 EVH Charvel Art Series, and a black-and-white striped Fender Stratocaster-style headstock numbered on the back #54 — are going on the auction block.

The event will span over 700 historic artifacts of every genre, including items from the Beatles,  Johnny Cash, Jim Morrison, the Rolling Stones, Queen, Guns N’ Roses, Little Richard, Cher, and many more.

In 1991, the Charvel Art Series guitar with the red body, below, was gifted to Van Halen’s friend Bryan Cash, the owner of Cash’s Centenary Oyster House in Louisiana. It is inscribed ” Yo – / Bryan / Let’s get / shucked / up / Eddie Van Halen / 5150.” It has number F 0024 and was built by Van Halen with his guitar tech Matt Bruck at the guitarist’s 5150 home studio. 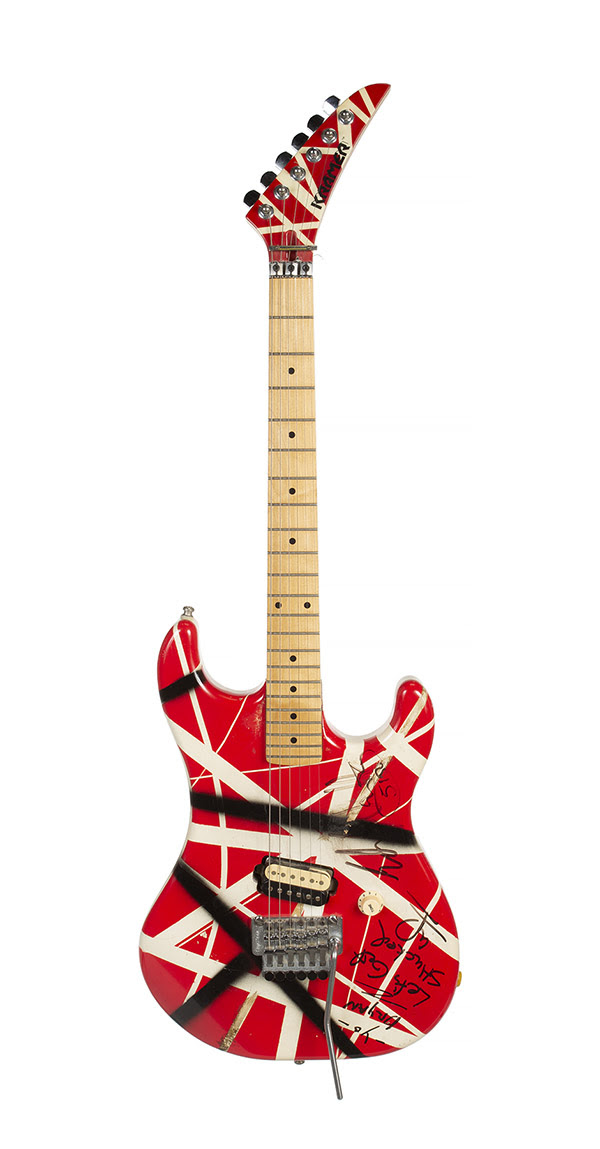 The second one, with a white and black abstract design in the style of his 1978 Van Halen I, is signed by the guitarist on the front, initialed VH 04 and inscribed San Antonio Texas / 9-28-04 in Van Halen’s hand. This guitar also features evidence of a cigarette burn to the front.

Other legendary pieces are on offer, including Nirvana frontman  Kurt Cobain‘s smashed 1994 In Utero Tour Fender Stratocaster, gifted by the grunge icon to an audience member after their performance at the Palais Omnisport de Rennes in Rennes, France, on Feb. 16, 1994. It’s estimated to sell at $60,000 – $80,000. Earlier this year, Cobain’s guitar from MTV Unplugged sold for over $6 million.

A vintage nude cocktail dress with silver vermicelli beads worn by Madonna to the premiere of Who’s That Girl in New York in 1987, and later worn by actress Daryl Hannah to the 1988 Academy Awards in Los Angeles is estimated to fetch between $20,000 – $30,000. 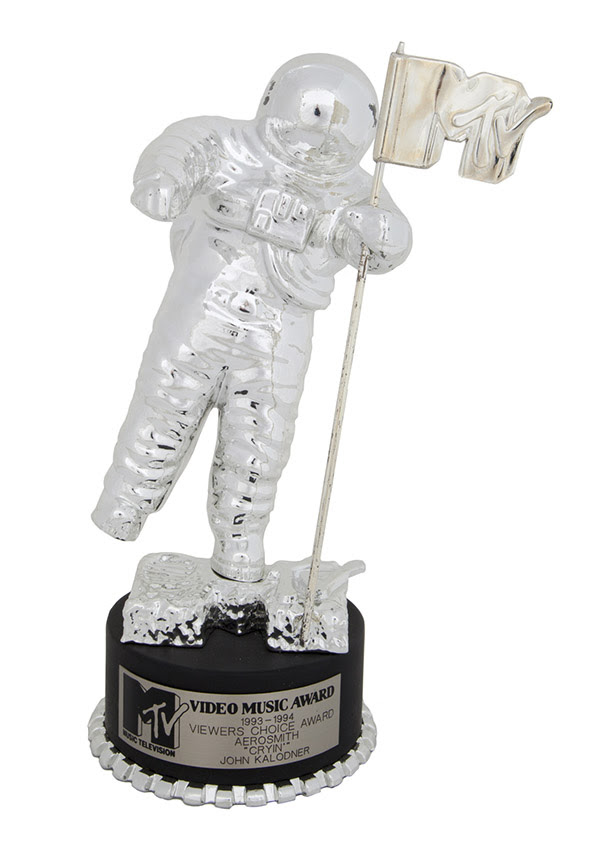 Registration is required to bid in this online auction and can be done here.