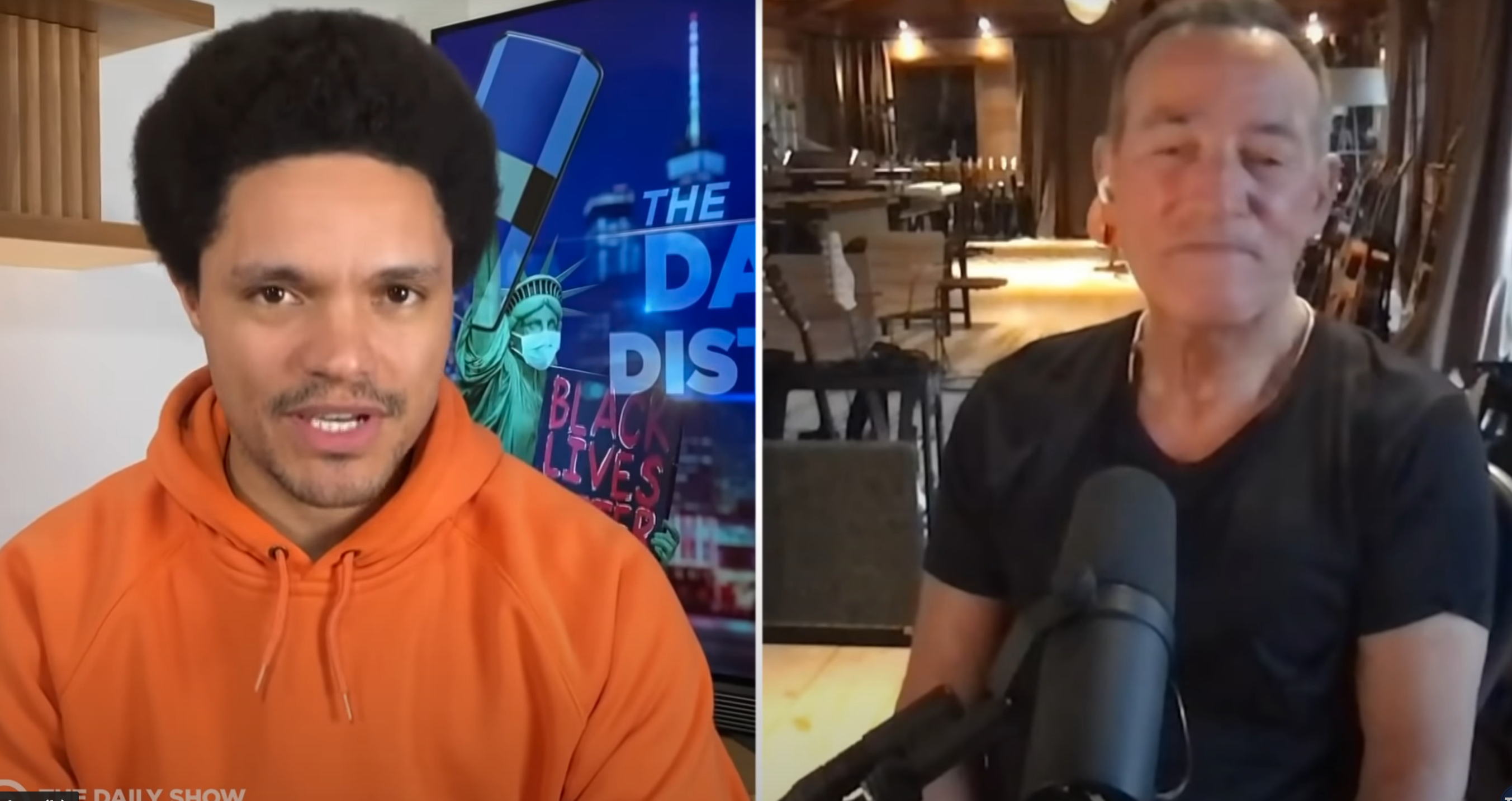 In an interview with Australian media a few weeks ago, Bruce Springsteen said he’d move to Australia if Donald Trump won the upcoming presidential election. Appearing on The Daily Show with Trevor Noah last night (Oct. 26), Springsteen was asked by host Trevor Noah if he’d really move and said “it doesn’t seem very you.”

“I don’t think I’m going to go there, but I’m not sure yet,” Springsteen responded with a chuckle. “So we’ll see.”

The Boss did say that he thinks Trump is going to lose and “I’ll be glad to see that happen.”

Springsteen also spoke about his songwriting process (“It’s your insecurities that move you forward”), what gets him amped when he performs, police brutality, what he’s been doing during the pandemic and, of course, his new album, Letter to You.

Watch the two-part interview below.

The songwriter’s made the rounds in recent weeks, speaking with Eddie Vedder and Dave Grohl and telling Stephen Colbert why he’s a fan of Lana Del Rey.

Read our Letter to You review here.